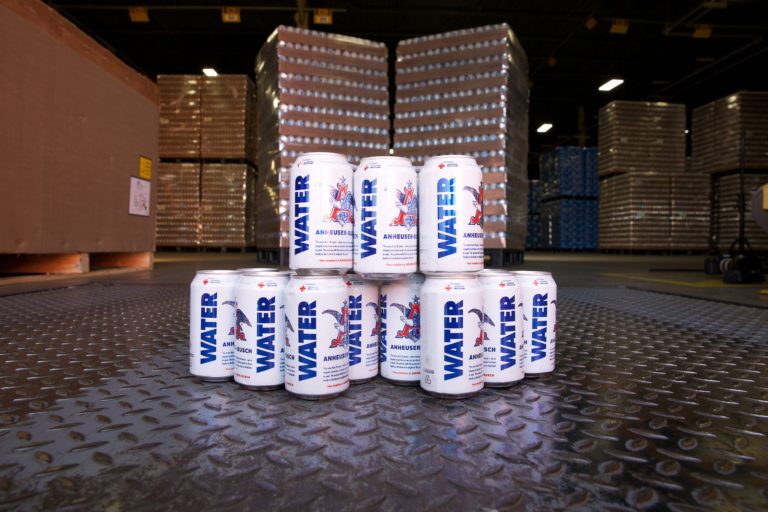 Anheuser-Busch has teamed up with the National Volunteer Fire Council (NVFC) for a fourth consecutive year to donate 1.5 million cans of emergency drinking water to volunteer fire departments nationwide ahead of the 2022 wildfire season.

As wildfire season lengthens and increases in severity each year, clean drinking water remains essential in addressing firefighters’ hydration needs – but many volunteer departments struggle with limited budget and resources.

The 1.5 million cans of emergency drinking water produced and distributed by Anheuser-Busch will be donated to nearly 450 volunteer fire departments across 46 states.

Since the inception of the partnership in 2019, Anheuser-Busch has donated more than 4.9 million cans of clean, safe drinking water to more than 960 fire departments in 49 states to support wildfire response needs in coordination with the NVFC and the brewer’s wholesaler network.

In addition to the emergency drinking water program, the Anheuser-Busch Foundation recently donated $200,000 to the NVFC in support of our nation’s first responders. With volunteers comprising 67% of firefighters in the United States, they are local communities’ first line of defense in a range of emergencies.

The funds will help support the water program and the NVFC’s ongoing initiatives to bring awareness to the importance of disaster preparedness and give departments the necessary tools and resources to educate their residents.

“Our emergency drinking water program and partnership with the NVFC is a tremendous source of pride for all of us at Anheuser-Busch and the Anheuser-Busch Foundation as we are able to do our part to recognize and support the heroes who protect our communities from natural disasters,” said Colleen Lucas, vice president of community impact at Anheuser-Busch. “By leveraging our production and distribution capabilities as a force of good, we are honoured to lend a hand to America’s volunteer fire service.”

“Hydration is a vital component to firefighter health and safety, and an important part of keeping firefighters functioning at their best during response,” said NVFC chair Steve Hirsch. “We appreciate Anheuser-Busch’s ongoing commitment to support our volunteer boots-on-the-ground responders. This is an invaluable program that provides a critical resource to volunteer departments, so they can use their limited budgets on other necessities.”

Since the creation of its emergency drinking water program in 1988, Anheuser-Busch has donated more than 90 million cans of clean drinking water to U.S. communities affected by natural disasters and other crises.

Learn more about the Emergency Drinking Water for Wildland Firefighters Program at www.nvfc.org/water.