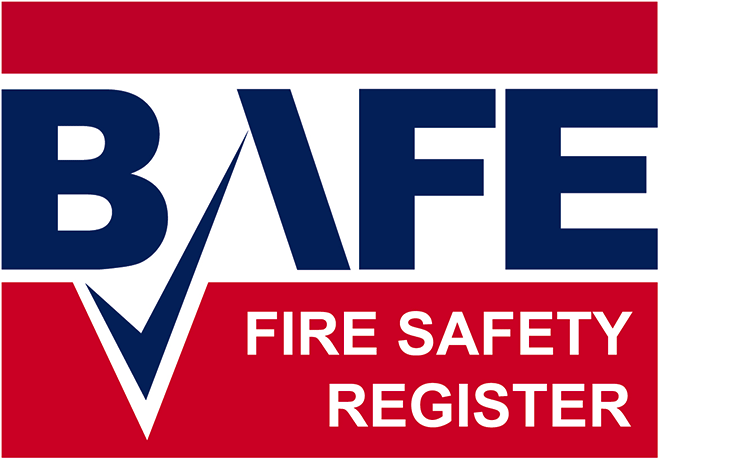 The organisation stated, in its response to the consultation on the Regulatory Reform (Fire Safety) Order 20054 [FSO], that there should be ‘greater government guidance’ on competency for ‘essential life safety work’.

In June 2019, the Home Office launched a call for evidence relating to the FSO alongside a government consultation ‘seeking views’ on the FSO, which ‘underpins fire safety in non-domestic premises’, with both employers and business owners being asked for their perspectives. The call for evidence had come as part of the changes being made since Dame Judith Hackitt’s review of building regulations and fire safety was published in May 2018.

An analysis of responses was to be published and ‘inform the government’s next steps’, and the call for evidence ‘complement[ed]’ the Building a Safer Future consultation, which ‘outlines how the government proposes to take forward meaningful legislative reform in the building safety regulatory system’.

Regulatory Reform Order could be amended in areas

In March this year, as part of its announcement on the Regulatory Reform Order, the government published a summary of the responses received in the call for evidence, whereby it ‘invited views on the application of the FSO and sought to identify any changes that might be needed and how they could be best achieved’.

Some respondents identified areas where the FSO ‘could be amended to provide greater clarity’, though most agreed its ‘scope and objectives […] remain appropriate for all regulated premises’. Additionally, most also agreed that the FSO should ‘retain its focus on protecting lives over property’, and that it ‘should continue to provide a framework for a risk-based and proportionate approach to regulating fire safety’.

The government concluded by noting that a consultation ‘will be held later in the year on proposals and next steps’, which was launched in July ‘seeking views on proposals to strengthen’ the FSO and the regulatory framework ‘for how building control bodies consult with fire and rescue authorities’, as well as on how to ‘implement Grenfell Tower Inquiry recommendations’.

This was open until 12 October 2020, with the government ‘determined to continue to learn the lessons from the Grenfell Tower fire’ as well as ‘reform building and fire safety to ensure that such a tragedy can never happen again’. The consultation’s proposals include strengthening the FSO to ‘improve compliance’, and implementing the inquiry’s first phase recommendations requiring a law change and ‘new requirements’ on building owners and manager of multi occupant residential buildings.

Finally, the consultation proposes that the government ‘strengthen the regulatory framework for how building control bodies consult with fire and rescue authorities and the handover of fire safety information’. That same month, BAFE welcomed the consultation, but called it ‘long overdue’, and it has now provided the response it submitted to the consultation.

BAFE stated that it had demanded ‘greater government guidance on who is considered competent to provide essential life safety work’, with chief executive Stephen Adams beginning by disagreeing that the Article 50 guidance ‘is a sufficient basis for providing guidance’ to responsible persons ‘to support their compliance with their duties’ under the FSO, and BAFE ‘strongly agreed’ that a ‘strengthened legal basis for guidance’ under the FSO is needed, such as a code of practice.

BAFE believes an approved code of practice ‘should be applicable for multiple areas and people’ including responsible person, enforcement and sanctions, fire risk assessments (FRAs), provision of information and competence of providers. Mr Adams added that these areas should be covered by such a code to ensure ‘that all providers of fire protection services and related built environment services are competent to provide them’, both as organisations and individuals.

In turn, he believed that this competence should be third party certificated, either by UKAS for organisations or Ofqual ‘or equivalents’ for individuals, and moving onto responsible persons, he agreed that they should be required to ‘record who they are, the extent of their responsibility under the FSO’, and that their contact information ‘facilitate’ their identification.

Responsible persons ‘need a clearer detail of their responsibilities and guidance as to how they can best be discharged’, and ‘guidance on what is required and what can constitute a defence in law if a building failure occurs’. On the quality of FRAs, BAFE have been ‘ambassadors for the requirement for strong regulation’ of FRA providers ‘for a long time’, and so ‘naturally’ Mr Adams ‘strongly agreed’ that the FSO ‘include a competency requirement’ for assessors and other fire professionals.

He also agreed that the ‘specific representative from the [FRA] provider should be clearly documented within the completed [FRA]’, and BAFE believes FRAs should require ‘evidence of competency’ of the assessor, including experience and qualifications, as well as third party certification of the organisation to ‘demonstrate that they have adequate management systems’, quality assurance, insurance and compliance processes.

FRAs should also require ‘any consultation or guidance received from external bodies, manufacturers etc as part of the assessment process’, and BAFE later ‘strongly agreed’’ that a ‘duty should be placed on all’ responsible persons to ‘record their completed’ FRAs, as ‘whilst onerous, this is a vital life safety action for all commercial/non-domestic buildings which the fire and rescue service should always have access to (as the prosecuting body for the FSO)’.

The organisation also advised that FRAs ‘are commonly misunderstood as being an action that establishes a safe building’, when they are ‘a report of the adequacy of a building’s fire safety at the exact time when it was carried out’. This ‘simple statement is not meant to undermine its significant importance however’, it added, but ‘it does not immediately make a building safe from fire risk’, and actions may be required by building owners or managers to ‘mitigate any identified risk’.

Mr Adams strongly agreed that ‘all’ responsible persons ‘should be required to record their fire safety arrangements’ to acknowledge ‘suitable recommendations’ from FRAs have been ‘followed to mitigate any risk highlighted’. He also added that ‘there are insufficient powers’ for assessors to ensure responsible persons and building occupiers ‘comply with requirements’, and assessors ‘do not consistently have the skills and knowledge to carry out the range of inspections required’.

BAFE ‘strongly’ feels that ‘government intervention is required’ here, ‘stipulating competency requirements instead of putting complete onus’ on the responsible person to ‘nominate competent persons’. This would then open this process ‘back into cost cutting’, and the ‘inevitable outcome of this money saving exercise can cause unnecessary risk to life and property protection’.

On enforcement and sanctions, Mr Adams disagreed that fines of £1,000 or £2,500 (levels three and four) would ‘provide a suitable deterrent’, but agreed that an unlimited level five fine ‘would be’, and that ‘if there are suitable guidelines and instructions about what needs to be carried out, which currently do not exist, then fines must be commensurate with the failure to act accordingly’.

BAFE said that this ‘coincides fully’ with its request for ‘greater supporting guidance’ on the responsible person’s role, which ‘can be used to clarify if legislation has been adhered to’, such as with HSE guidance and health and safety legislation. On competency and UKAS accredited third party certification, Mr Adams ‘champion[ed] the need for levels of competence’, as the FSO refers to requiring ‘suitable maintenance’.

Guidance issued by the Home Office ‘indicates that there is a benefit’ to using third party certificated products ‘for this’, and Mr Adams said that ‘unless all fire safety equipment, including emergency lighting and evacuation equipment, is properly and regularly maintained and updated, especially where there are refurbishments, then any legislation about new construction is worthless’.

Concluding, Mr Adams said implementing third party certificated competence ‘will be hugely beneficial to all fire protection and related construction work’, as ‘the proposals, when implemented, will provide a framework that will protect lives and property’. BAFE said that it and the competency sector ‘demand greater government issued guidance on who is considered competent to provide essential life safety work’ at the same level of HSE guidance.

This can ‘then be used to lawfully judge who was at fault for any safety breaches’ under the FSO, and ‘included in any statutory defence’ – with many buildings not having a ‘dedicated’ fire safety officer, such responsibilities ‘are just a part of another’ member of staff or owner’s duties, so ‘clearer guidance must be issued for quick reference to ensure they remain compliant’.

It ended by noting that ‘stipulating what is required to determine competency can assist in sourcing quality providers to help them meet their fire safety responsibilities with due diligence. Compliance will improve with mandated competency levels that must be adhered to and specified, thus appropriately regulating the industry with no additional cost to [the] government’.