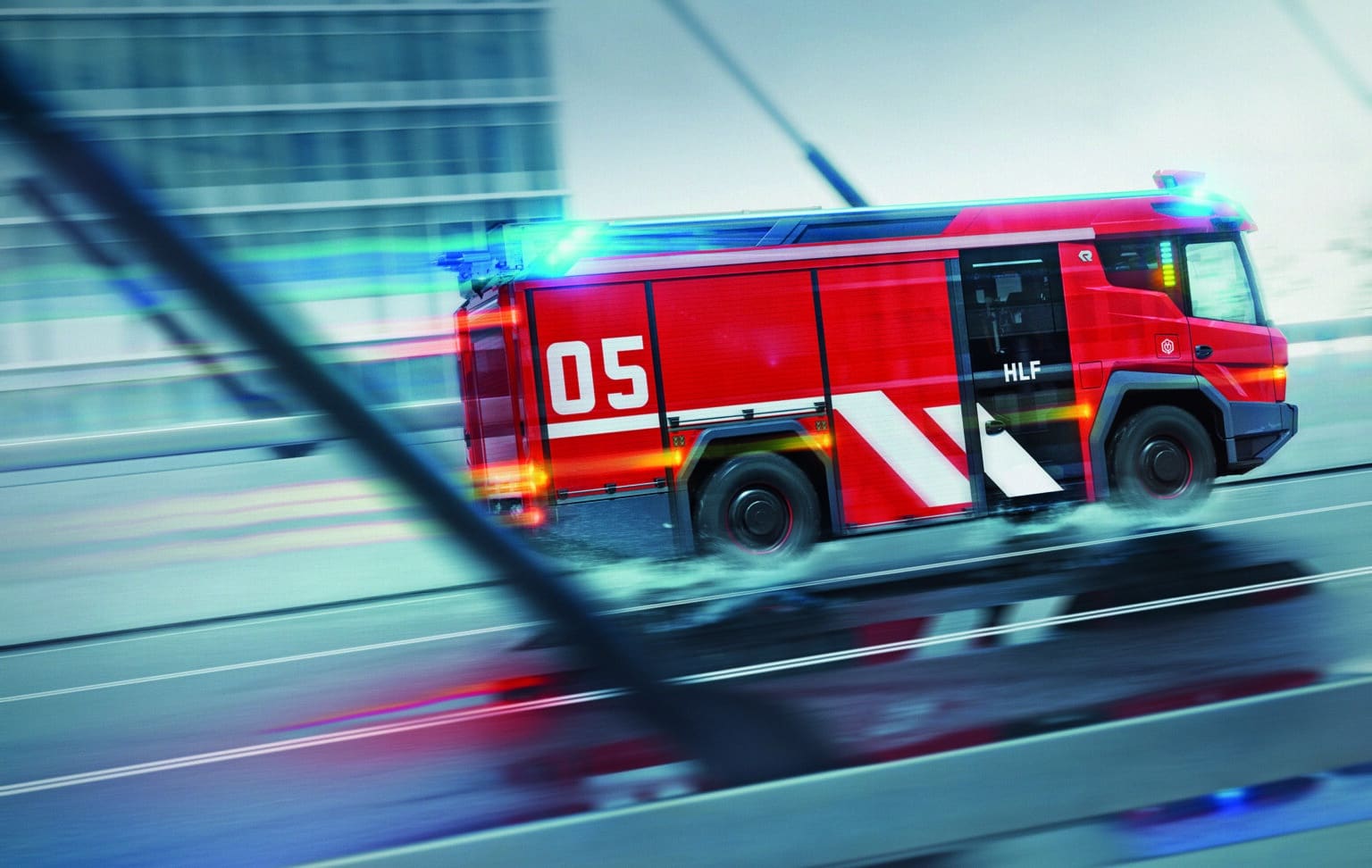 The order includes four “Revolutionary Technology” (RT) models specially configured for Berlin as electric firefighting and rescue vehicles (eLHFs), which the fire department co-developed and realized together with Rosenbauer as part of a multi-year innovation partnership.

Following successful trial operation lasting thirteen months and involving three fire stations, at which 90% of the almost 1,400 deployments were “electric-only,” the Berlin fire department made its decision: This is the vehicle they want to take them into the future.

In addition, the vehicle comes with not only on-board equipment for firefighting purposes but also a range of equipment for the myriad small-scale technical deployments. In terms of extinguishing agents, the vehicle transports 1,200 l of water and 100 l of foam concentrate; the crew comprises seven firefighters.

In addition to the four RTs, Rosenbauer is also developing an electric equipment vehicle for the Berlin fire department. The specification and purchase of this vehicle type show that operational hygiene – especially clean/dirty separation immediately following firefighting operations – is becoming increasingly important.

The equipment vehicle for operational hygiene brings cleaning equipment and changing facilities to the scene of a fire; features an attachment that is divided into two for contaminated/clean clothing and can be accessed without needing to stoop; and is constructed on an electric series production chassis from Volvo.

By ordering five new electric vehicles, the Berlin fire department is demonstrating once again that it is among the trend-setters in the world of firefighting. As a public institution, it sees itself as a role model that actively supports the sustainability management policy of the German capital’s city government and is keen to make its own significant contribution to the process of meeting the climate protection goals.

These goals include making Berlin carbon-neutral by 2045 at the latest and ensuring that the state administration, to which the fire departments also belong, is largely carbon-neutral by 2030. Converting the public fleets to alternative drive systems and drive energies is one of the most important actions in this respect. The fire departments alone (professional and volunteer services) operate around 1,000 vehicles.