Building costs grow as a result of safety defects 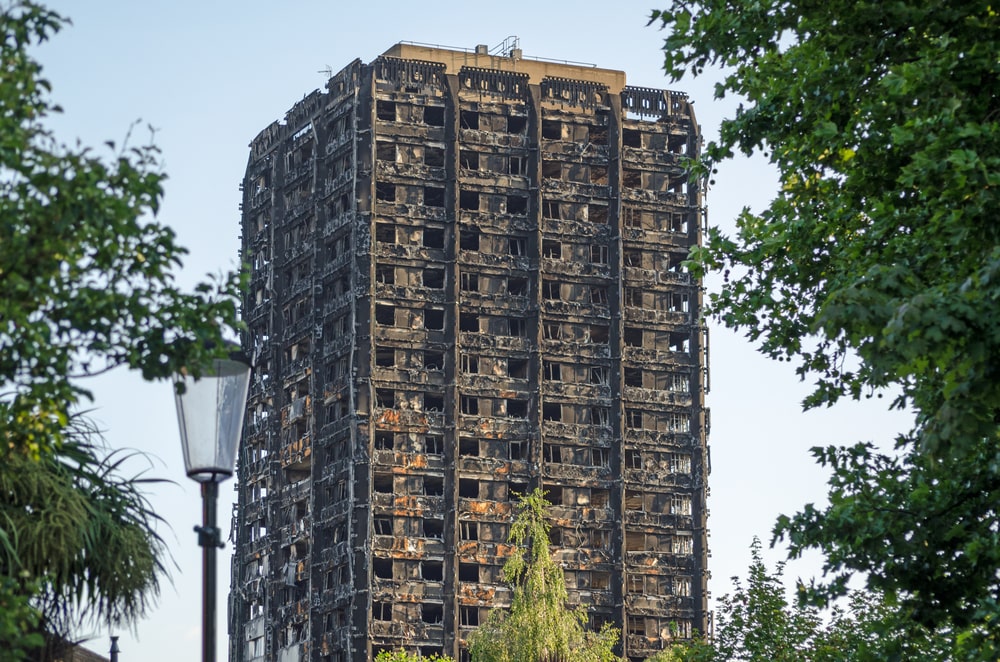 Owners of flats in blocks clad in combustible materials, or with other fire safety defects, have seen buildings insurance costs grow ‘by as much as’ 800% in a year.

The Times reported on the cost of cover for apartments in blocks with combustible cladding having ‘soared’ in the three years since the Grenfell Tower fire, and stated that ‘hundreds of thousands’ of residents living in this situation have seen buildings insurance costs ‘increase by as much as’ 800% in one year. Premiums ‘are skyrocketing’, it adds, because some residents are ‘now being covered by a hotchpotch of different insurers because no company will provide cover on its own’.

In turn, other insurers ‘refuse to provide cover altogether’, and The Times states that ‘about’ 700,000 people continue to live in flat blocks 18m or taller clad in combustible materials. While the government has provided cladding remediation funding, ‘that will pay for only a fraction of the work needed’, and repairs taking place ‘are being carried out so slowly that it will take 150 years to replace all the flammable cladding’.

Number of flats with safety defects

There are also thousands of other residents living in blocks smaller than 18m or six storeys, who ‘do not qualify for government help’, and leaseholders are required to pay freeholders for replacement cladding, while insurance providers are ‘refusing to provide cover – or are increasing the cost – on buildings of all sizes’.

The news outlet discussed a number of examples of blocks across the country, mentioning first the Paddington Walk development in west London, which is clad in both timber and aluminium composite material (ACM), and whose residents saw premiums increase from £130,000 in 2019 to £690,000 in 2020. The building’s previous insurer Axa used to cover the whole development ‘but will now only cover 50%’, with the remainder provided by Allied World, AIG, Ecclesiastical and Aviva.

This increase means each flat’s average service charge is now £4,540 a year, an increase of £3,684 on last year. The second development mentioned, New Festival Quarter in Poplar, east London, is having ACM cladding replaced by its developer, but a recent survey highlighted other fire safety issues including missing cavity barriers – as a result, building insurance rose from £137,000 in 2016 to £340,000, or from £273 for a two bedroom flat up to £677.

Resident Philippe Wilson said that ‘we have been landed with massive rises that many residents just can’t afford’, while flat owners in the Albion Works development in Manchester have seen their two bedroom flat premiums increase from £200 to £800 per year – it ‘had been so difficult to find cover that the block went for a month without any insurance at all’.

The Association of Residential Management Agents found the biggest rise at a block in Peckham in south east London, where the 2019 premium of £34,000 increased to £300,000, a growth of 782%. A spokeswoman for the Association of British Insurers stated: ‘The rise in insurance costs for properties with combustible materials on the outside of the building — including cladding and insulation — is rational given the current risk and the declaration that some combustible materials are unfit for purpose.

‘There is a clear responsibility on building owners and the government to step in and ensure these buildings have dangerous combustible materials removed as soon as possible to make sure people are safe in their homes.’

A spokeswoman for the Ministry of Housing, Communities and Local Government said that building owners ‘should ensure their buildings are safe without passing costs to leaseholders, where possible’, and added: ‘We empathise with everyone who is concerned about the safety of their home.

‘Our comprehensive reforms will hold building owners to account on safety, regardless of the height of the building – including the new Fire Safety Bill, that will strengthen enforcement powers to ensure building owners protect residents and manage and reduce the risk of fire in their buildings.’