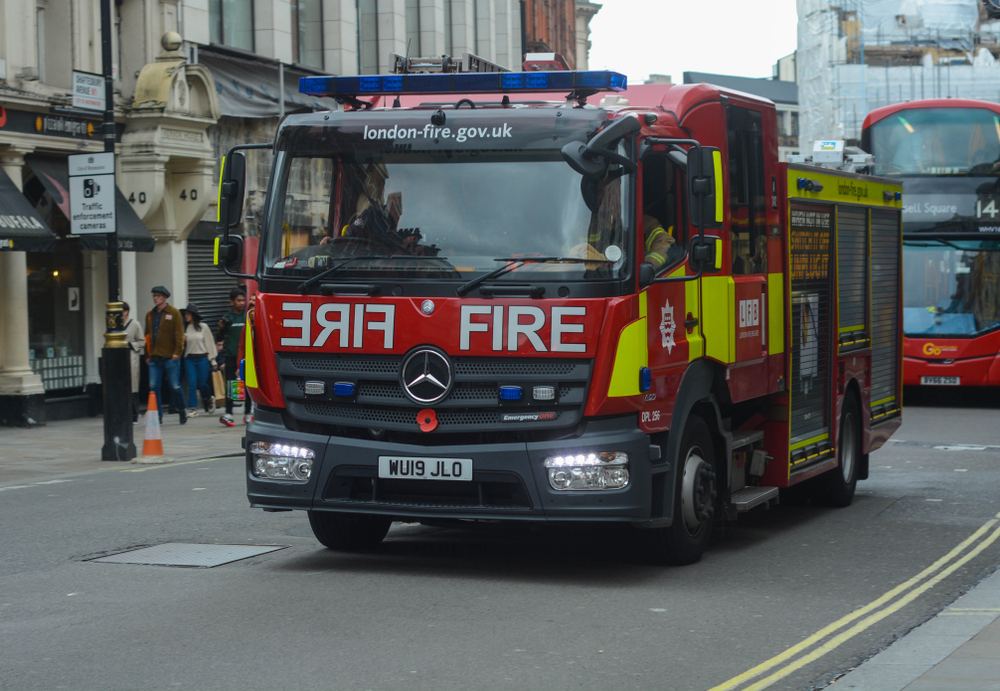 Six fire engines and around 40 firefighters were called out to a fire and gas explosion on Galpin’s Road in Thornton Heath, Croydon, which has resulted in the death of a child, London Fire Brigade has said in a statement.

The terraced house collapsed neighbouring properties. Firefighters were able to rescue four people, three people were taken to hospital by London Ambulance Service crews and a further person was treated at the incident.

Deputy Assistant Commissioner Richard Welch, who is at the scene, said: “Firefighters carried out a search of the property and sadly, a child was pronounced dead at the scene. Our thoughts are with their family, friends and the local community at this time.”

Around 40 properties have been evacuated as a precaution and a 50-metre cordon is in place. The Brigade’s 999 Control Officers have taken 14 calls to the incident.

Fire crews from Norbury, Mitcham, West Norwood, Woodside and surrounding fire stations are attending the scene and The Brigade’s urban search and rescue teams were also on scene. The Brigade worked in partnership with colleagues from the Metropolitan Police and London Ambulance Service.

An ambulance service spokesperson said: “This morning, alongside colleagues from London fire brigade, we attended an incident in Galpin’s Road, Thornton Heath.

“We treated four people. One was discharged on scene and three others were taken to hospital. Sadly, a child was also pronounced dead at the scene.

“All London ambulance service crews have now been stood down.”

Merton council urged people to avoid the area and said an evacuation centre had been set up at New Horizons, a nearby community centre.

A council spokesperson said: “Emergency services are on site following a gas explosion at a residential property. At least one property has been destroyed. We are urging people to avoid the area.

“Firefighters are currently carrying out systematic searches and working to make the scene safe.”

The cause of the fire and explosion is not known at this time.