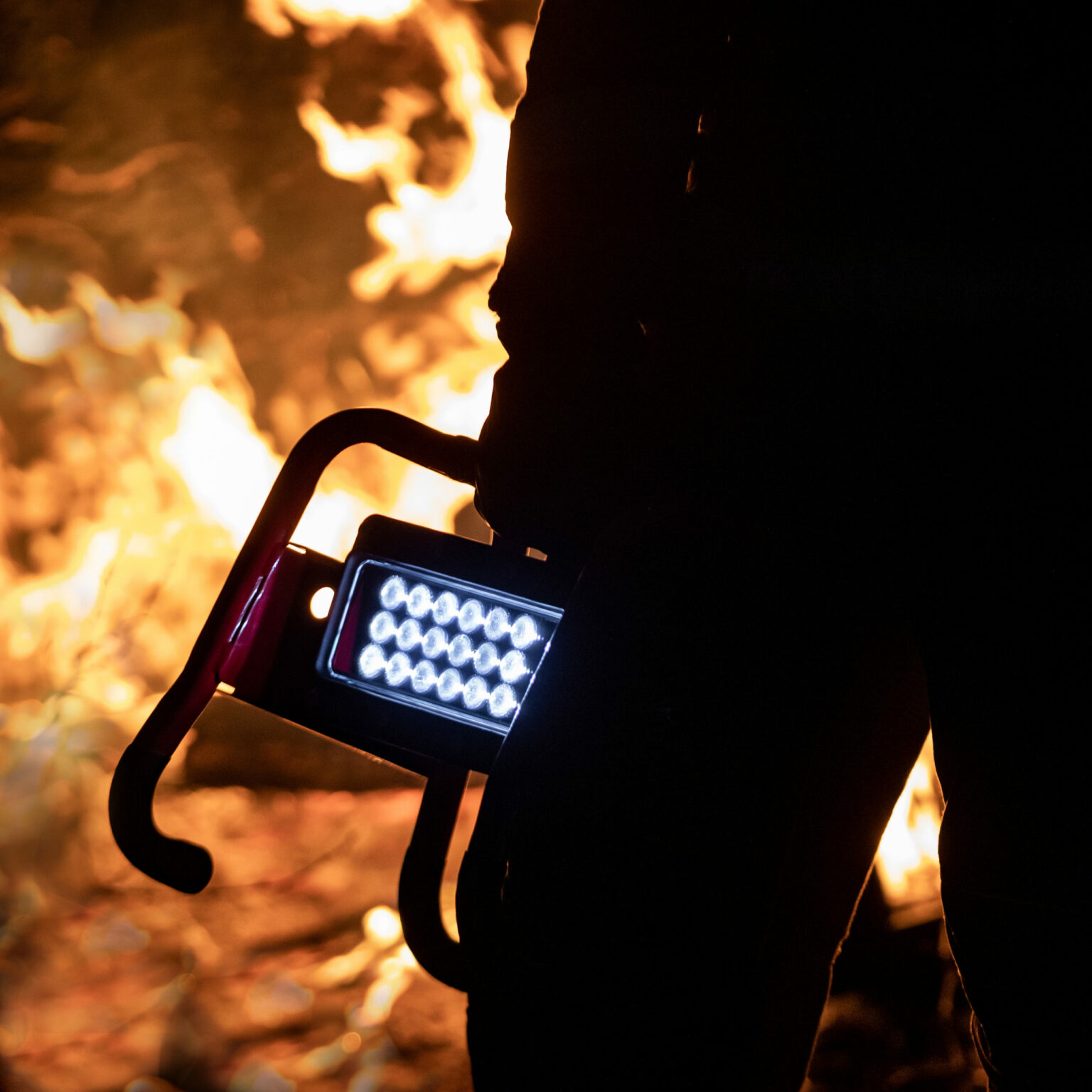 Streamlight Inc, a leading provider of high-performance lighting devices, explains how to effectively deploy scene lighting in emergency scenarios when failure is not an option

Most of us can walk around our own homes in the dark with relative ease, but when you’re navigating somewhere you have never been before it’s a whole different story – especially if you’re against the clock and lives are at risk. For those tasked with protecting and saving individuals from accidents and disasters, from road traffic incidents to floods and fires, getting lighting to the right places quickly is vital. What you can’t see can hurt you and others. Shedding light on the task at hand can put professional and emergency services at a big advantage.

During night-time operations, professional lighting allows firefighters and other emergency services to work around the scene fast, alleviating the potential for secondary incidents from otherwise hidden obstacles and trip hazards like fire hoses. In fact, the benefits of scene lighting are endless, including highlighting potential structural failures, smoke conditions, and alerting the general public to keep their distance in a dangerous situation.

Whether you’re in the fire service, law enforcement or other first response services, potential hazards need to be recognised at a scene as quickly as possible. A common misconception about lighting is that deploying as many lights as possible at a scene will make things clearer, but in practice, this approach can cause confusion. Different lighting types have different roles to play and too many of them can be highly disorientating.

If you take into account the functionality of LED beams, for instance, some will have focused beam patterns for highlighting specific areas. Others will have more diffused beam patterns, better suited to illuminating wide areas. Some scene lights are adjustable and capable of both, but it’s important to understand how they function and the basic principles of lighting before rushing to a scene.

Imagine you’re at the scene of a car accident whereby police have deployed floodlights on one side of the incident, while ambulance services have deployed focused spotlights on the opposite side. The combination of different beams aimed in various directions, mixed with the flashing vehicle lights can be distracting and confusing. While spot beams offer intense light in a particular area, they can also produce shadows, sometimes causing more harm than good. Utilising area lights with an extendable pole, like the Streamlight Portable Scene Light, in this type of scenario would allow responders to properly direct the light to illuminate the scene with less shadows and distractions. Decisions could be made more quickly, and potential hazards may be averted, ultimately helping to save lives.

The combination of different beams aimed in various directions, mixed with the flashing vehicle lights can be distracting and confusing

In smaller spaces, including building interiors, scene lighting can be more effective than multiple handheld flashlights. For example, a tool like the Streamlight Portable Scene Light II is lightweight, cordless and compact, making it easy to transport and store.  Additionally, this light can be stacked tightly up to three lights high to form a light tower. These can be used by firefighters to throw a large amount of elevated light onto the target area of interest. The rapid deployment of multiple devices like the Streamlight Portable Scene Light and Scene Light II can help further illuminate the zone for critical site exploitation and analysis.

Scene lights can vary considerably and should be deployed in different ways depending on the scenario, so personnel should work out what’s relevant to the task in hand. When choosing the right scene light, consider these factors:

For professional users of scene lighting, the above factors can be critical in certain circumstances and can influence the success or failure of an operation. Indeed, one important factor for the firefighting community is the waterproof rating of lighting and other devices. Defined by their innovation in delivering effective, efficient and high-performance lighting tools, Streamlight’s research and development team puts in the necessary time and effort to make sure their products help save lives and protect firefighters on the job. As such, the Portable Scene Light and Portable Scene Light II are IP67 and IPX7 certified respectively.

The importance of IP ratings

What do the ratings actually mean? IP stands for International or Ingress Protection and classifies and rates the degree of protection provided by mechanical casings and electrical enclosures against intrusion (e.g. someone purposefully sticking a paper clip into their device for whatever reason), dust, accidental contact, and of course water. As the name suggests the system is used internationally and, in this case, for flashlights or lanterns.

• Resistance to ingress, accidental or otherwise, by the user

In general, an IP rating will consist of two digits, occasionally followed by a letter denoting specific materials, hazards or testing scenarios. The most common way you’ll see such a rating given will be in the format ‘IP43’, ‘IP67’, or similar.

If the rating uses an ‘X’ instead of a digit, this signifies that the manufacturer considers that rating is not important to the user, for example where a radio is designed to be used in a wet setting, the rating for solid particle ingress is largely irrelevant, so that number may be replaced with an X, e.g. IPX7.

This will be a number between 0-6, and indicates the degree of protection from ingress of solid objects (the user themselves, and other potentially harmful particulates such as dust or dirt).

This is a number between 0-9, denoting the quality of resistance to moisture ingress at varying intensities, angles, depths and pressures of exposure or immersion, the higher the number the better protection.

A bright 5,300 lumen, portable and collapsible flood light that is available in either a 72” or 84” extension pole which can be rapidly deployed and easily stowed. The device features a 90° swivel neck to shine light into the most out-of-the-way places and a narrow footprint that lets you bring the light almost anywhere. It offers a run time of 4 hours when set to high intensity and 18 hours when operating on low. It can also withstand 40mph wind speeds when fully extended and is fitted with stabilisation legs for deployment on uneven surfaces. This can be powered by a zero maintenance, sealed lead acid rechargeable battery or AC/DC power source.

18 LEDs produce 10,000 lumens to light up an entire scene. With a zero-deployment time, compact footprint, 360° rotating head and hooked feet for hanging on door frames, fences, ARMCO barriers etc. the PSL II is a highly versatile lighting tool for emergency service operatives. It also benefits from a high impact thermo plastic housing and virtually indestructible alloy steel frame making it very durable. It is powered by lithium-ion rechargeable battery with five intensity settings with a run time of 2 hours on high.

Lighting has evolved at an exponential rate over recent years and with such evolution comes the need for better understanding. Strategy plays a huge part in firefighting operations, and dependable lighting should be a big consideration that is never overlooked. Tested, certified products, like Streamlight flashlights and lanterns, will provide you with the confidence and trust needed to save lives.