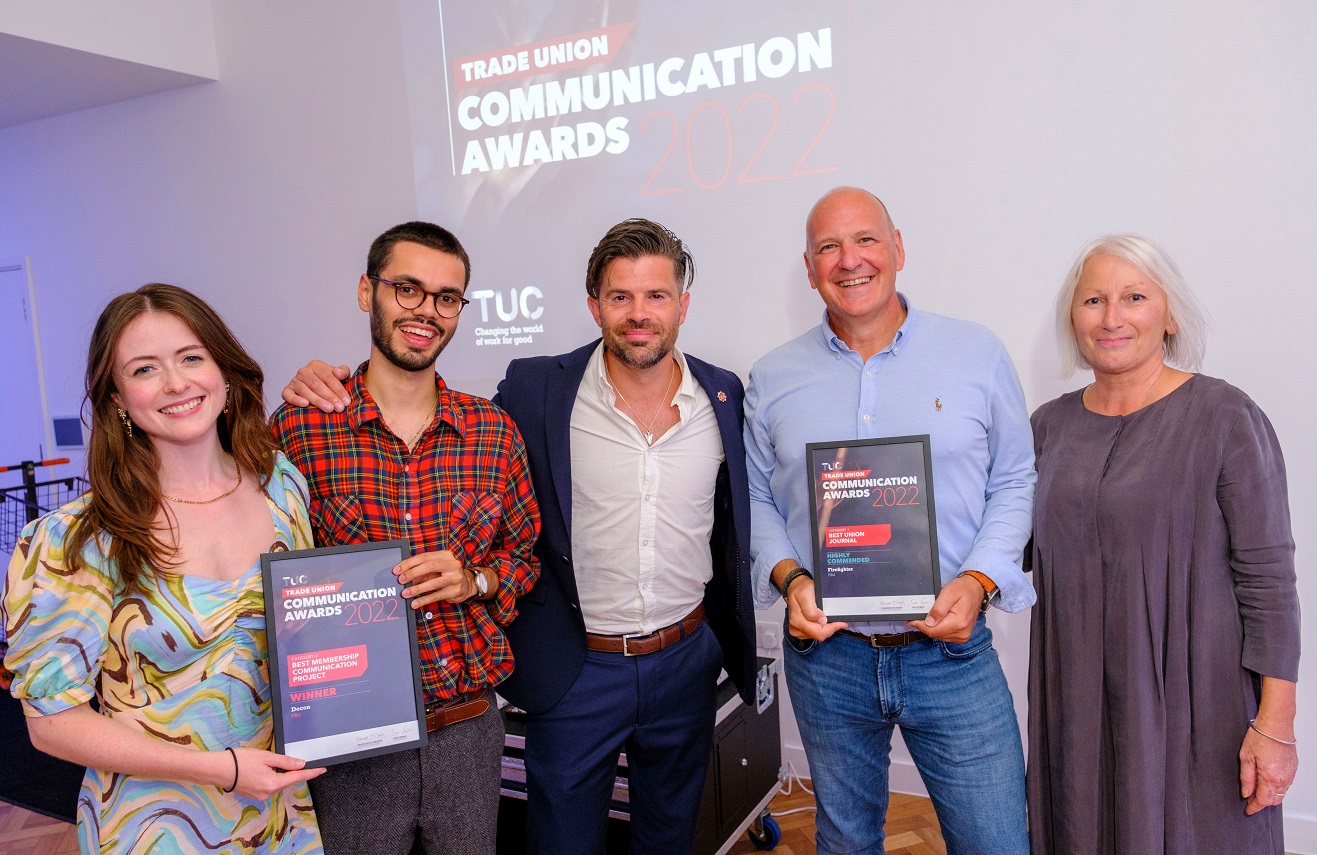 These new awards follow several others won by the union in recent years, cementing the union’s reputation amongst unions several times our size.

National Officer Tam McFarlane, who was present at the announcement of the awards said: “I am sure I speak on behalf of every FBU member in sending massive congratulations to our fantastic comms team, who are the primary drivers behind both these awards. The FBU has been working hard over recent years to continually build and improve our communications to members, using innovative means to do so, and this process has been continually recognised throughout the movement as award winning.

“The staff in the communications department have made a huge difference and have used videos, social media, direct emails and, of course, our award winning journal ‘Firefighter’, to keep members involved and updated with the work of the union.

“As we enter a pay dispute, this work becomes even more important and I would urge all FBU members to make sure they have registered their personal email addresses with the union to make sure we can keep you up to date. You can do so by emailing us at [email protected]”

DECON is a campaign that aims to reduce the impact of fire contaminants on firefighters’ health, by providing firefighters with practical training around PPE, washing and more.

A study has suggested that cancer rates could be around four times higher in firefighters and it is thought fire contaminants could be a key factor in causing this higher rate.