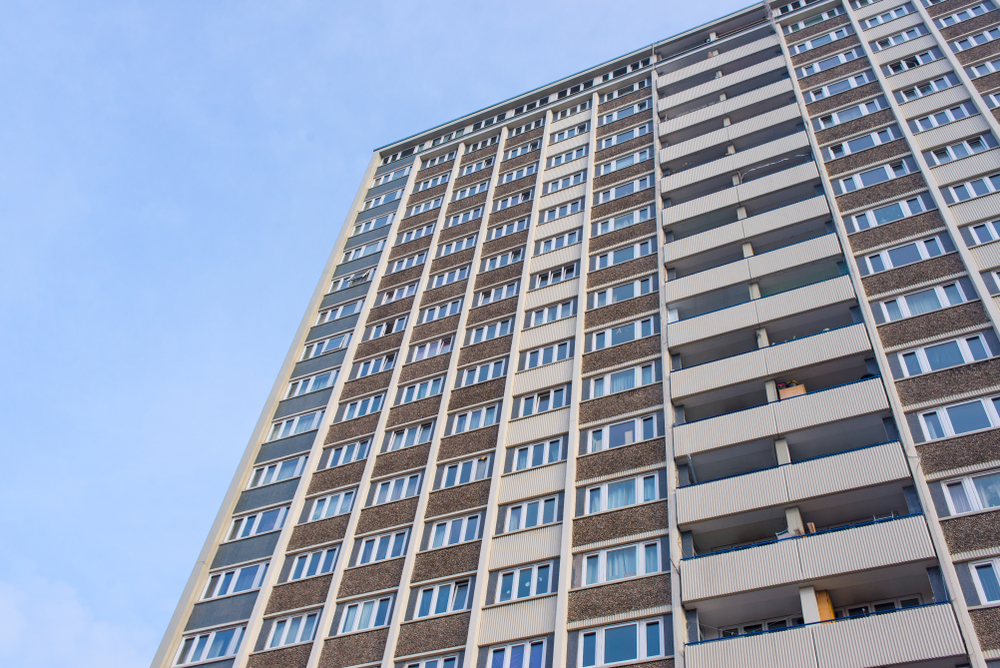 A four-roomed flat on the 17th floor of the building was on fire. Meanwhile, firefighters tackled a fire involving around one hectare of grass opposite the block at the junction between Manwood Street and Silverland Street. The Brigade’s 999 Control Officers took more than 105 calls to the blaze.

Station Commander Keith Sanders, who was at the scene, said: “Crews arrived to find a top floor flat alight, which was producing heavy smoke. They were also faced with a grass fire in an area opposite the block. Crews worked incredibly hard to bring the fire under control and smoke is now subsiding.

“We used our 32-metre turntable ladder and drones at the scene to provide an aerial view of the incident and help Incident Commanders develop tactics to bring the fire under control.

“There were a lot of possessions and clutter inside the flat which made it challenging for firefighters. It can make fires spread much faster, especially when there are lots of flammable items such as newspapers or cardboard.

“There are currently no reports of any injuries.”

The Brigade was called at 1249 and the fire was under control by 1507. Fire crews from Shadwell, Dowgate, Dockhead, Shoreditch and surrounding fire stations attended the scene.