Firefighters tackle blazes across South of England as temperatures soar 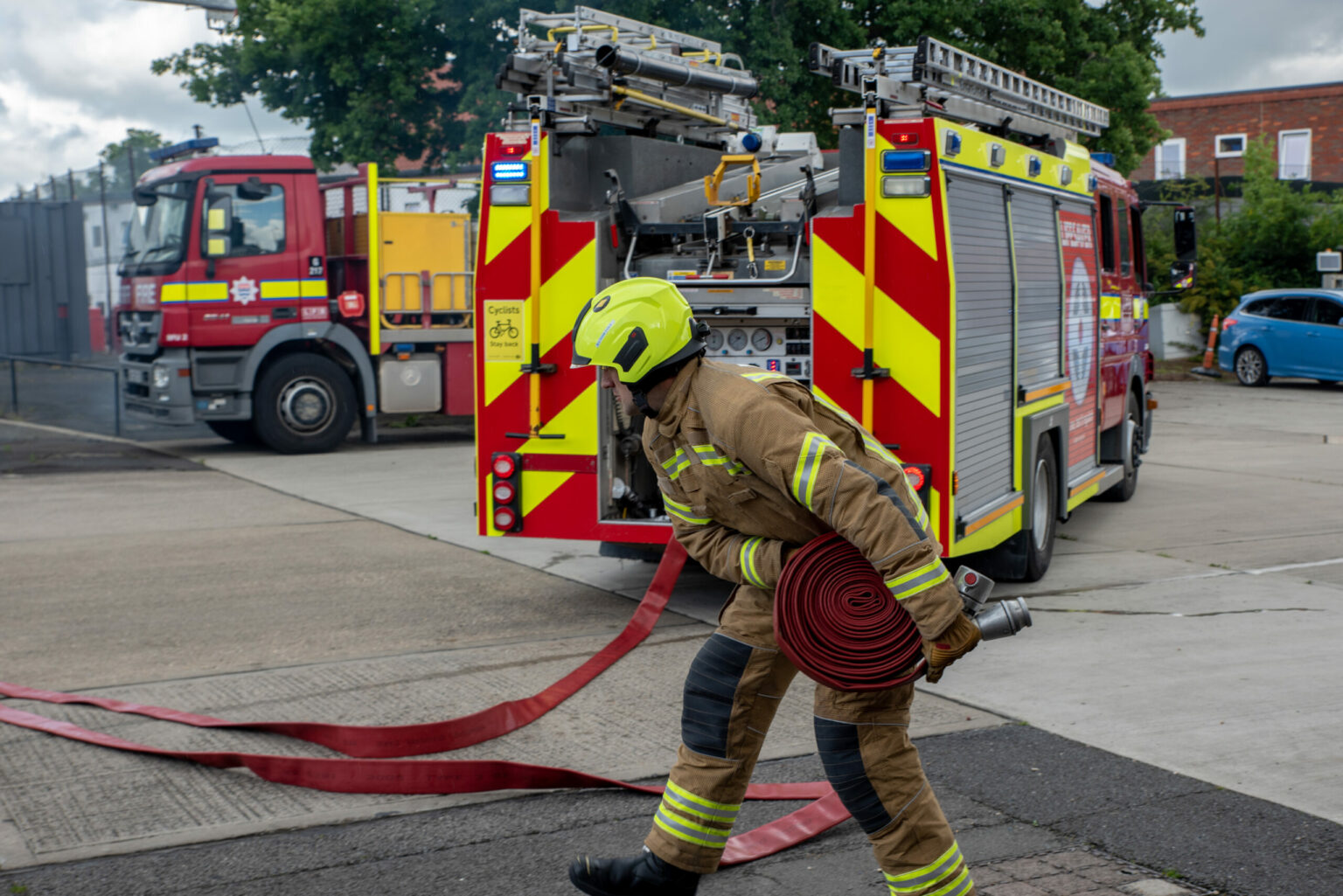 Firefighters across the south of England are being faced with large outbreaks of fire as the country records its hottest day ever.

London Fire Brigade (LFB) has declared a major incident as fire has broken out in Wennington, Essex. The grass fire broke out and reports have said at least two houses have been destroyed.

LFB said it was under ‘immense pressure’ in response to a surge in fires across the capital today with 15 fire engines and 100 firefighters dealing with the Wennington blaze alone.

Essex Fire Service said it was called out to 130 incidents during Monday’s hot weather with Incident commander Nick Singleton commenting that it was “probably one of the busiest days of my 30-year career”.

In Upminster, around 175 firefighters have been battling a grass fire in east London that sent thick smoke over the M25. Around three hectares of cornfield and scrubland was alight in Pea Lane, Upminster, Motorway drivers have been urged to take care as their visibility may have been impaired by the columns of smoke.

More than 85 firefighters are also tackling two fires in Croydon woodlands in the south of the capital. Eight fire engines with 60 firefighters have been sent to tackle one of the fires in Shirley Hills. Four fire engines are dealing with a grass fire on Chapel View in South Croydon, where around one hectare (2.5 acres) of woodland and undergrowth is alight.

London Fire Brigade says the weather means grassland “will burn quickly”. A spokesperson said: “Common causes of grass fires include carelessly discarded cigarettes or matches, as well as rubbish left lying around such as glass bottles, which can start flames by magnifying the sun’s rays.

“Every one of us can help reduce the risk of fire and keep our communities clean, make sure rubbish is safely thrown away and cigarettes are always properly disposed of.”

In Hornchurch, two flats destroyed and a care home evacuated by a fire which led to 60 people being evacuated from an assisted living facility in east London. About 100 firefighters and 15 fire engines were called to the fire on Mavis Grove, Hornchurch, at around 1am.

Yesterday afternoon a fire broken out on grassland at Lickey Hills Country Park, Birmingham as the heatwave continued to push temperatures higher.