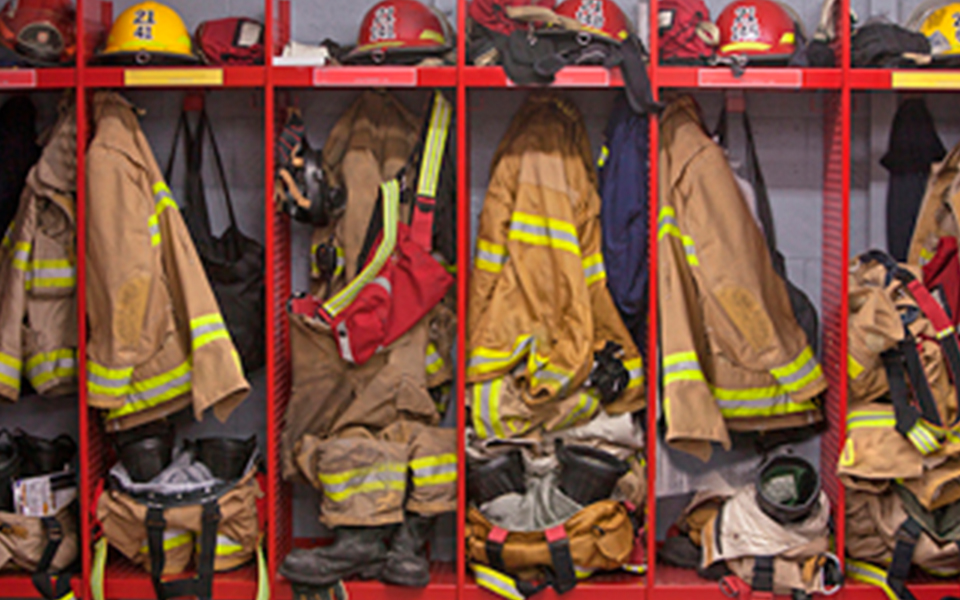 A FREEDOM of information request revealed that Greater Manchester Fire and Rescue Service (GMFRS) attended 224 fires in the last five years, ‘an average of almost one a week’.

Mancunian Matters reported on the findings from the request, which revealed that GMFRS attended 224 school fires between 2015 and 2020, ‘an average of almost one a week’, with three of these destroying entire school buildings and ten resulting in injuries.

The leading causes of fire in the metropolitan region included malfunctioning appliances or equipment, faulty electrics and kitchen fires, with 43 logged as having been ‘started deliberately’.

Asked to respond, the government said it was ‘committed’ to revising Building Bulletin 100: Design for fire safety in schools (BB100)– and was planning to launch a public consultation soon. A spokesman stated: ‘All schools are required to have an uptodate Fire Risk Assessment and to conduct regular fire drills.

All new school buildings must be signed off by an inspector to certify that they meet the requirements of building regulations. Where sprinklers are considered necessary to protect pupils and staff, they must be installed.’

Last month, a study by Zurich found that English schools were ‘twice as likely’ to suffer fires than other buildings, with the study including personal inspections of over 1,000 primary and secondary schools.

It said that there was a ‘perfect storm’ of risky buildings and ‘poor fire detection and prevention measures’, with 26,866 schools analysed and the average fire risk ‘almost double that of non-residential buildings’.

Despite there being a ‘greater risk of a fire starting’, inspections by the insurer found that 66% of schools lack ‘adequate fixed fire protection measures’ such as sprinklers, while 24% were rated ‘poor’ for fire detection’.

Additionally, firefighters have been called to ‘nearly 2,000’ school fires in the last three years, with the insurer and other organisations calling for sprinklers to be mandatory in English schools as part of the government’s £1bn school rebuilding programme.

In comparison to 2.9m non household properties, schools were ‘three times more likely’ to be in the high fire risk category, with 33,000 fires from the last six years analysed ‘to identify factors that increase the likelihood of a blaze’, and a fire risk score produced.

Factors for calculating this consisted of listed status, the presence of cooking equipment and the building’s size, with Zurich adding that ‘despite being far riskier than average’ in terms of fire, many schools ‘also lack the equipment needed to prevent small fires becoming major disasters’.

Out of the inspections, only 14% of the schools were rated good or excellent by Zurich, with the leading causes of fires including ‘malfunctioning appliances or equipment, faulty electrics, arson and kitchen’ fires.

Larger school fires cost an average of £2.8m to repair, ‘and in some cases over’ £20m, while bigger and older schools – such as those with canteens, or secondary schools that have ‘more complex and dangerous equipment – were ‘identified as particularly at risk’, with a correlation between poor Ofsted ratings and a ‘greater risk of fire’ also seen in the analysis.

Zurich’s findings have led it to launch a parliamentary petition urging MPs to ‘change the law on sprinklers in schools’, as while they are compulsory in ‘all new major or refurbished’ school buildings in Scotland and Wales, ‘this is not the case in England’ where ‘in fact, they are fitted in fewer than one in six new schools’. Its analysis has found that over 7m pupils at primary and secondary schools are taught in the 58% of buildings that are a ‘high fire risk’.

The insurer noted that Prime Minister Boris Johnson has recently pledged £1.56bn to fund a school rebuilding and repair programme over the next ten years, and it estimates that the repair costs for school fires could reach £320m in that time, a ‘significant portion’ of the investment pledged. As a result, it said it wants the government to ‘ring-fence’ some of this to ‘improve the resilience of schools at high risk of fire’.

With insurers working closely with schools to help them manage fire risks, ‘the installation of sprinklers minimise the dangers from the outset’. Earlier this month, the National Fire Chiefs Council (NFCC) called for all schools to have sprinklers fitted in the aftermath of two schools being lost to fire in Derbyshire.

It ‘once again called for all schools to have sprinklers fitted’, after the ‘devastating loss’ of the two schools, where it was reported neither had sprinklers installed, which ‘could have reduced the damage suffered substantially’.

It has been calling for sprinklers to be installed in schools ‘for a number of years’, and said that with around 1,500 fires in UK schools every year, this ‘disrupts the education of approximately 90,000 students’, and the NFCC pointed out that school closures also have a ‘large social and economic impact on local communities’, something that ‘could be reduced by the fitting of sprinklers’.

Figures from the Association of British Insurers revealed that the most expensive school fires can cost up to £2.8m to ‘address’, and over the course of a four year period, an average of 24 large loss fires occurred annually, costing £67.2m.

The NFCC said that its chair Roy Wilsher has now urged the government to ‘ensure legislation in England is the same as in Scotland and Wales’, where it is ‘mandatory for sprinkler systems to be fitted in all new and refurbished’ schools.

In the NFCC’s response to the technical review of BB100, it highlighted that the rate of schools being fitted with sprinklers ‘may have fallen’ from 70% to 15% of new builds, and stated that schools ‘are important community assets which need to be protected’, emphasising the ‘importance of ensuring fire safety remains a key priority’ during the COVID-19 pandemic and making it part of planning, along with revisiting escape routes and fire drills.

Most recently this month, Derbyshire County Council (DCC) ‘refused to name’ schools in the county that have no sprinklers fitted, ‘despite’ three having been destroyed in fires in the last four months’, and ‘displacing hundreds of pupils and resulting in millions of pounds of rebuild costs’. There have been ‘more than 30 fires’ at Derbyshire schools in the past five years alone, with Harrington Junior School in Long Eaton was destroyed in May.

That fire saw the Local Democracy Reporting Service (LDRS) submit a freedom of information request to DCC asking it to name schools without sprinklers, and it had a ‘legal duty to respond within 20 working days’, but ‘chose to take nearly triple that time’, or 58 days, to respond – and only after the two schools destroyed by fires most recently, Ravensdale Infant and Nursery School and St Mary’s Catholic Voluntary Academy.

The fire at Ravensdale was ‘ruled as arson’, while the fire at Harrington was ‘accidental and caused by county council staff carrying out refurbishments’, with the cause of the fire at St Mary’s having ‘not yet been disclosed’.

A temporary replacement for Harrington, built by DCC without planning permission in July, was constructed without sprinklers ‘despite the demise of its predecessor’, with DCC stating that this was ‘standard for temporary buildings of this nature’.

In the past five years, Derbyshire Fire and Rescue Service (DFRS) had been called out to 32 fires at schools across the county and city, and noted that eight of those had occurred since April 2019. The council said ‘it would not be providing the names’, and cited the ‘perceived risk of potential arsonists targeting schools without sprinklers’, claiming that the ‘public interest in naming the schools is outweighed by the public interest in refusing to do so’.