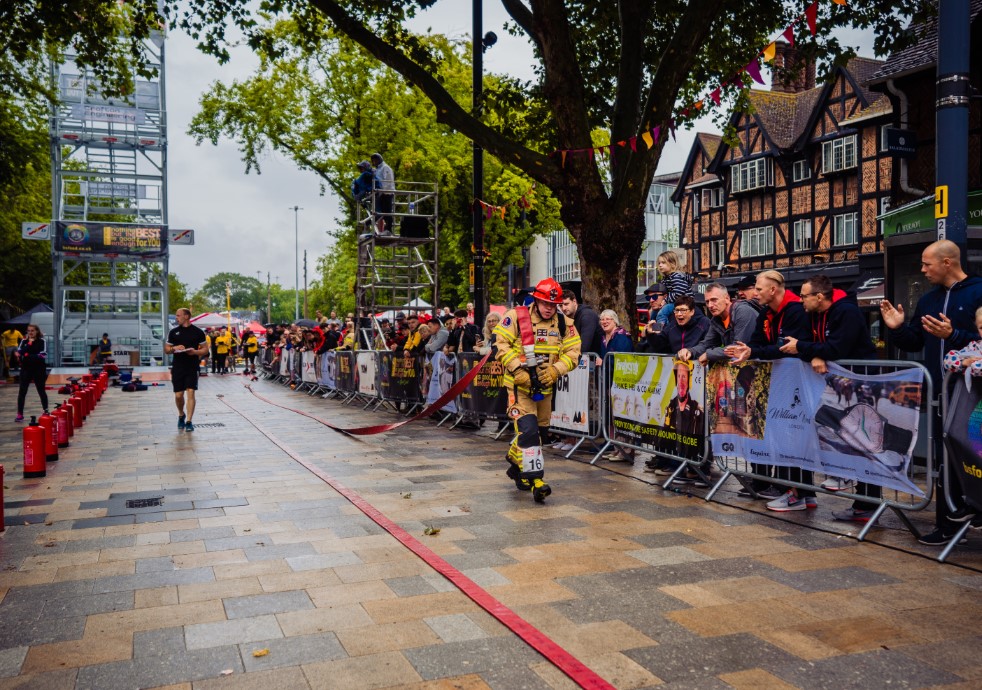 Global functional footwear specialist HAIX is sponsoring Team GB at the British Firefighter Challenge which will take place this weekend (July 30-31) in Hull. The international competition is an annual sporting event that pushes firefighters to their limits while also raising money for the Fire Fighters Charity.

The challenge is open to all operational and retired firefighters around the world, with some travelling as far as India, the USA and Australia in previous years. The event was initially organised to promote the benefits of exercise on firefighters’ health and today showcases the huge physical and mental demands that firefighters face in their day-to-day jobs.

Competitors in the event wear their own approved personal firefighting equipment including breathing apparatus and compete in a series of strength and endurance challenges. Challenges include a 70kg Casualty Rescue; a Fire Hose Drag and a Stair Ascent. Last year, the Challenge managed to raise £5,394.58 for the charity, with 250 firefighters competing.

Simon Ash, UK & Ireland Sales Manager at HAIX, commented: “HAIX is excited to be once again sponsoring Team GB to help raise money for the Fire Fighters Charity, helping operational or retired firefighters and their families with physical, financial or mental health support. We want to help where we can, supporting Team GB, and acting as the official footwear sponsor.”

Event organiser John Gregory added: “Team GB love their HAIX Fire Eagle boots for their comfort and agility during pre-competition training. I’m looking forward to testing out HAIX’s latest addition to the range – the Fire Eagle 2.0. The boots feature the HAIX RapidFit system, a world-first in firefighter boots that allows the boot to be fitted and tightened in a flash with just one hand, critical when a call comes in and every second counts.”

As well as providing Team GB with footwear, HAIX will be giving away various goodies at the event and will have the full range of Fire Eagle boot sizes on display, so that visitors can feel for themselves why Team GB wear them for competition and training.

Every outside component of a HAIX firefighter boot must survive ten seconds of flame treatment without damage or burning and be able to withstand 250°C for 40 minutes without major damage to the sole.

HAIX said it looks forward to showing its commitment to providing functional and protective footwear to fire service professionals ahead of the highly anticipated competition. The British Firefighter Challenge will take place on King Edward’s Street in Hull City Centre on Saturday 30th and Sunday 31st of July.