How do you solve a problem like high rise building safety? 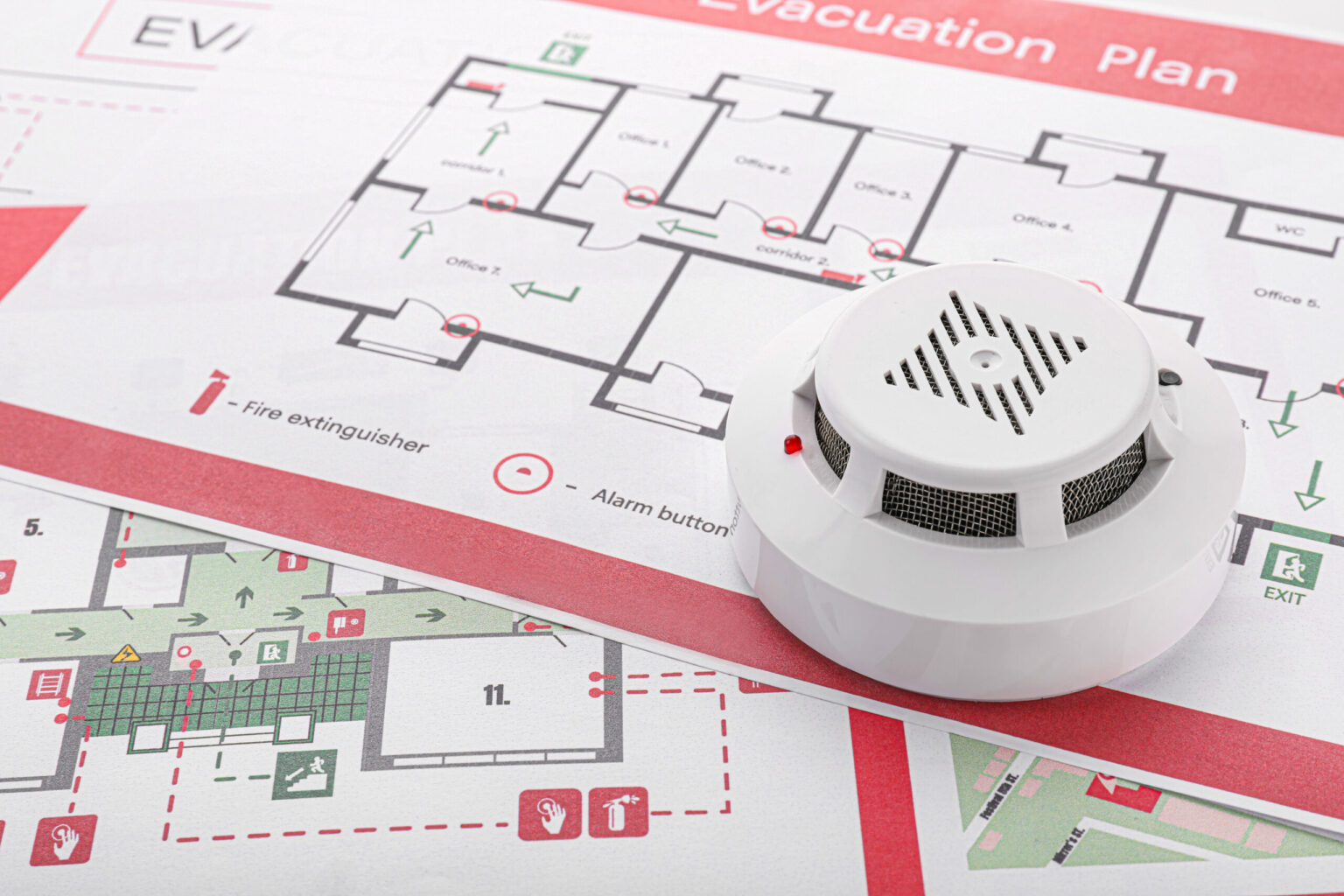 Last month marked five years since the devastating fire that destroyed Grenfell Tower and claimed the lives of 72 of its residents. Following the disaster, the UK government launched the Grenfell Tower Inquiry Phase 1 in a bid to safeguard against history repeating itself.  Soon to be introduced under article 24 of the Regulatory Reform (Fire Safety) Order 2005 (Fire Safety Order), the government is implementing the majority of those recommendations triggering a change in the law set to come into force on 23 January 2023.

Following a call for evidence from the Home Office’s in response to the Independent Review of Building Regulations and Fire Safety, the Home Office launched the Fire Safety Consultation which ran from 20 July to 12 October 2020. Section 2 of the Consultation outlined the intention to lay regulations under article 24 of the Fire Safety Order to implement the Inquiry’s recommendations which required a change in the law. It also included proposals to implement the recommendations in a practical way.

The Government’s response to the Fire Safety Consultation was published on the 17 March 2021 and demonstrated broad support for these proposals. Following the commencement of the Fire Safety Act 2021, it was clarified that the Fire Safety Order applies to a buildings structure, external walls and any common parts of premises including all flat entrance doors for buildings containing two or more sets of domestic premises.

The regulations sit alongside the Building Safety Act amendments to the Fire Safety Order. The Government’s overhaul of supporting guidance issued under the Fire Safety Order aims to improve fire safety outcomes designed to protect the public from the risk of fire by better supporting compliance and effective enforcement in all regulated premises.

The Fire Safety Regulations 2022, which apply only to England will make it a requirement in law for responsible persons of high-rise blocks of flats to provide information to Fire and Rescue Services to assist them to plan and, where needed, provide an effective operational response.

In all multi-occupied residential buildings, the regulations require responsible persons to provide residents with fire safety instructions and information on the importance of fire doors. The regulations apply to existing buildings, and requirements for new buildings may be different.

On of the foremost requirements regards a premises’ secure information box which will become a legal requirement for all buildings that fall under the high-rise category. The regulations will require the responsible person to install a suitably secure information box in or on their high-rise building. They will also be required to provide in the box: their UK contact details, the UK contact details of any other person who has the facilities to and is permitted to access the building as the responsible person considers appropriate, copies of the building’s floor plans which identify specified key fire-fighting equipment. Their contents will be required to be kept up to date in line with the duties imposed by the regulations and the Fire Safety Order.

Responsible persons will also have to provide to their local Fire and Rescue Service information about the design and materials of a high-rise building’s external wall system and to inform them of any material changes to these walls. They will also be required to provide information in relation to the level of risk that the design and materials of the external wall structure gives rise to and any mitigating steps taken.

They must also legally provide their local Fire and Rescue Service with up-to-date electronic building floor plans and to place a hard copy of these plans, alongside a single page building plan which identifies key firefighting equipment, in a secure information box on site.

Monthly checks on the operation of lifts intended for use by firefighters and evacuation lifts in their building and check the functionality of other key pieces of firefighting equipment must be carried out. Any defective lifts or equipment must be reported to local Fire and Rescue Service as soon as possible after detection if the fault cannot be fixed within 24 hours. Records of the outcome of checks are to be made available to residents.

Whilst not a legal requirement under the new legislation, installing wayfinding signage has been recommended in all high-rise buildings to assist the Fire and Rescue Service in navigating their way round a building even when visibility is low.

Multi-occupied residential buildings in with two or more sets of domestic premises which have common parts must provide residents with fire safety instructions. Responsible persons should make sure that these instructions are shared with their residents in a form that residents can reasonably be expected to understand with instructions on: how to report a fire, a reminder of what the evacuation strategy is for that building, information on the importance of fire doors to a building’s fire safety and any other instruction that tells residents what they must do once a fire has occurred, based on the building’s evacuation strategy

In residential buildings with storeys over 11 metres in height, responsible persons will be required to undertake quarterly checks of all fire doors (including self-closing devices) in the common parts and undertake annual checks of all flat entrance doors, including self-closing devices, that lead onto a building’s common parts.

The Personal Emergency Evacuation Plans (PEEPs) in high-rise residential buildings consultation set out how the Government proposed to implement the two relevant Grenfell Tower Inquiry Phase 1 Report recommendations: that responsible persons of every high-rise residential building be required by law to prepare personal emergency evacuation plans (PEEPs) for all residents whose ability to self-evacuate may be compromised, and be required by law to include up-to-date information about persons with reduced mobility and their associated PEEPs in the premises information box.

The PEEPs consultation response revealed that a large majority of respondents supported the proposal to require the Responsible Person to prepare a PEEP for every resident who self-identifies to them as unable to self-evacuate and do so in consultation with the residents.

However, the consultation responses highlighted significant concerns over the proportionality, the practicality, and the fire safety case for PEEPs in all high-rise residential buildings. They found that whilst respondents were strongly in favour of any measures that improve the fire safety of residents who are unable to self-evacuate, there were serious concerns over increasing the risk of harm to those being evacuated.

There was also the issue of execution: If the PEEPs requirement were extended to all multi-occupied buildings, as advocated by some responses to the consultation, it would increase the number of buildings covered from around 12,000 buildings, to approximately 1.7 million in England.

The Government has since launched a new consultation, including a proposal on Emergency Evacuation Information Sharing (EEIS). The new proposal focuses on residential blocks of flats with a simultaneous evacuation strategy in place. In these buildings, responsible persons would be required to ask residents to make themselves known if they feel they might need support to evacuate in the event of a fire. The consultation will close on 10 August.

The High Court in London delivered a landmark judgment that establishes legal liability for remedial safety work on buildings in a ruling that could help resolve one of the biggest unanswered questions from the Grenfell Tower fire. In the recent ruling, Essex-based contractor Mulalley & Co was ordered to pay damages towards the cost of removing cladding it had fitted to four residential tower blocks in Gosport on the south coast of England which had been deemed unsafe after the Grenfell blaze.

The ruling marks is the first time financial liability for remediation work on unsafe cladding has been established in court. It is thought that the outcome could have far-reaching ramifications for leaseholders, building owners and contractors in England.

Andy Hulme, chief executive of housing association Hyde Group which brought the claim via its subsidiary Martlet Homes against Mulalley, said the case had ‘massive implications for the market’. He said it should help unblock disputes between leaseholders living in blocks fitted with flammable cladding and the buildings’ owners over who should pay to have it removed.

“It’s the first time a contractor has been held accountable for the quality of work and the materials they have used,” he said. “Based on this case we now know where the lines of accountability lie.”

The court has yet to decide what the extent of the damages will be. According to reports Hyde is looking to recoup as much as much as possible of the £8 million it spent fixing the blocks. Criminal proceedings are expected to follow. Ahead of the inquiry laying out its conclusions, the High Court’s ruling could provide a legal precedent and a new path for leaseholders and property owners to recoup the costs of fixing blocks found to be unsafe in the aftermath of Grenfell.

Mary-Anne Bowring, a fire safety expert and group managing director at property consultant Ringley Group, said of the ruling is: “A landmark that gives hope to millions of residents living in unsafe buildings by opening the potential for legal action against other construction contractors who installed unsafe cladding”. She added, however, that: “It is not enough to simply expect developers and housing associations to launch further legal action off the back of today’s judgment in order to recover the money spent on fixing unsafe buildings.”

High-rise fires are not an issue confined to the UK – just look at the Bronx apartment Fire in January which claimed the lives of 17 people or Taiwan’s Kaohsiung tower fire last October which killed 46. Whilst the new Building Safety Act will hopefully resolve some of the issues in the UK, there is still a way to go before residents around the world can sleep easy knowing their homes are safe.