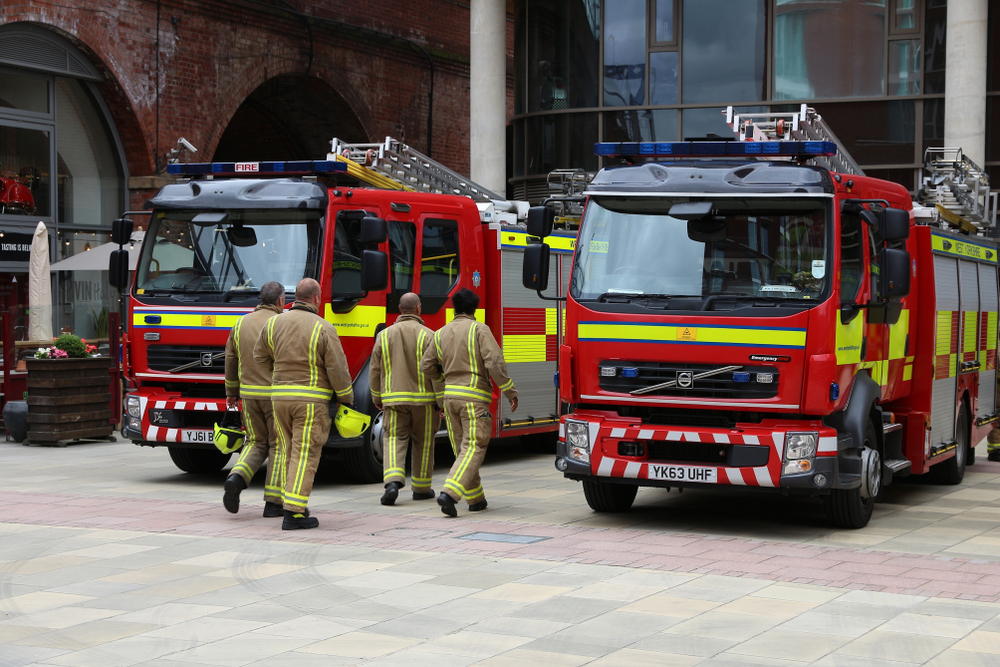 The National Fire Chiefs Council (NFCC) and Fire Brigades Union (FBU) have responded to the annual State of Fire and Rescue assessment of fire and rescue services in England across 2022.

In the report, HMICFRS Chief Inspector Andy Cooke said: “I am continually struck by the dedication of firefighters and other staff, and I know the public feel the same – they are enormous assets to our communities.”

Responding to the report, NFCC (National Fire Chiefs Council) Chair Mark Hardingham commented: “There is a lot to be proud of in this year’s annual report. To see the dedication of professional staff highlighted is no surprise, with 84 per cent of the public valuing the work carried out by fire and rescue services.

“I am also pleased to see the role of NFCC, and our national work highlighted. Our programmes provide all fire and rescue services with the tools to build on the excellent work taking place, while making improvements in areas we know need to be better.”

Firefighters and fire and rescue services were also praised for dealing with the significant increase in the number and scale of wildfires last year, linked to the increasing impact of climate change on the sector.

However, Mr Cooke renewed the call for urgent reform of the fire and rescue service and for the government to act on recommendations set out in this and previous reports.

Prevention work is an area that has been highlighted as requiring improvement to continue to drive down deaths and injuries from fires and other incidents, targeted especially at the most vulnerable people in communities.

Concerns about the culture and inclusion in some fire and rescue services stands out as an area which requires improvement, referencing unacceptable levels of bullying, harassment, and discrimination.

HMICFRS will be producing a spotlight report on values and culture later this year, drawing from inspections already undertaken across every fire service in England.

Mr Hardingham added: “We know there is a lot to do in areas such as culture, diversity, and wider reform. As set out in the report, this is more than just having a representative workforce, it is about creating the right inclusive environment to ensure all staff feel valued, safe, and able to realise their full potential at work.

“Whilst there is much that every fire service can do, and some are, to maximise the potential benefits for staff and the public it needs all those working across the fire sector to continue to work together to address areas where there are clear issues.

“NFCC has a wide range of well-developed national work underway with a focus on people and culture. We believe this will make a difference and deliver improvements across all fire services. However, the journey of culture change is rarely a ‘quick fix’ and requires sustained investment, and I welcome the forthcoming HMI spotlight report focusing on values and culture.

Matt Wrack, the general secretary of the Fire Brigades Union, said the FBU was disappointed with the new State of Fire and Rescue annual report, which continues its ill-judged commitment to the White Paper.

Wrack said: “The FBU hoped that the Inspectorate, under new leadership would abandon the misguided White Paper that seeks to give chief fire officers a free hand to instruct the workforce, ignoring their contracts of employment and conditions of service. These ‘reforms’ are aimed at undermining the FBU, despite the vast majority of firefighters choosing to belong to the union.

“HMICFRS has chosen not to listen to rank and file firefighters. The FBU would again urge Mr. Cooke to map his own course to achieve what we all want: a properly funded fire service that includes decent resources and fair pay for firefighters, and that reflects the extraordinary job they do.

“The Inspectorate claims to sympathise with firefighters during this cost of living crisis yet unfortunately provides nothing more than warm words. Firefighters want their contribution to society recognised with a fair pay rise, not continued political attack that seeks to abolish their collective bargaining structures.

“Mr. Cooke does recognise that services are falling short of response standards they themselves have set and describes a postcode lottery that the FBU has warned about for years. Despite the correct diagnosis, he doesn’t prescribe the correct course of treatment – national standards. Neither does the report address more than a decade of central funding cuts, 11,500 firefighter posts lost and years of pay cuts.”