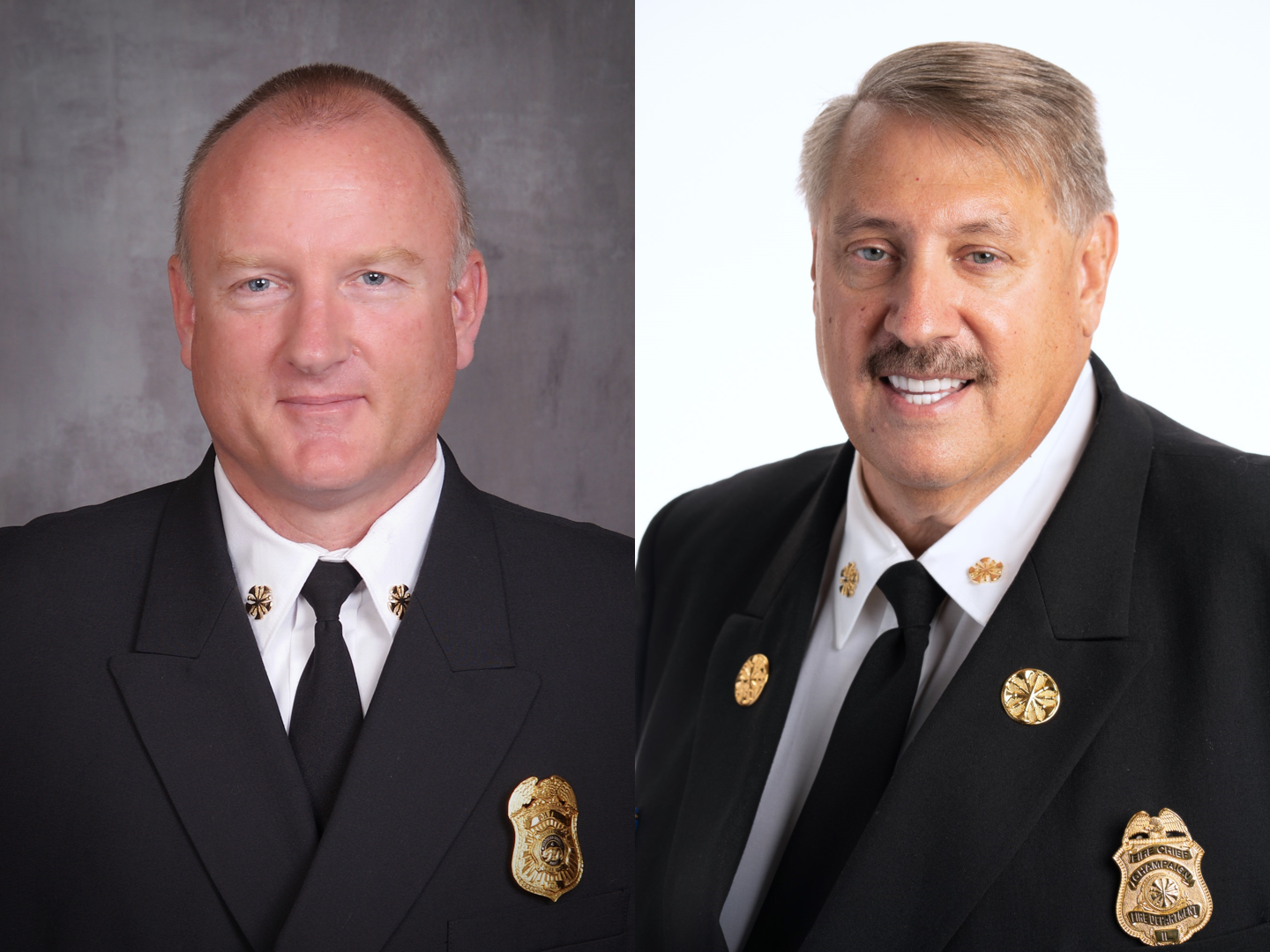 The International Association of Fire Chiefs (IAFC), in partnership with Pierce Manufacturing Inc., has announced the 2022 IAFC Fire Chief of the Year honourees.

Chief Marshall Turbeville joined the Geyserville Volunteer Fire Company as a firefighter in 1995 while enrolled as an undergraduate at Cal Poly San Luis Obispo, California. From 1995 to 2000 he managed a full class schedule, a Cal Fire seasonal firefighter position and being an active Geyserville volunteer firefighter. In 1998 he received a B.S. degree in Civil Engineering then earned a B.S. degree in forestry in the spring of 2000. He joined Cal Fire in the summer of 2000, quickly being promoted to Engineer, then Captain, and in 2009 was appointed Battalion Chief. During these years he continued to be an active volunteer firefighter, teacher, and leader for the GVFC. In 2013, the GFPD board asked him to assume the duties of Fire Chief.

Chief Turbeville led his community’s response to the devastating wildfires in California over the last several years, including the Tubbs, Pocket, Kincade, and Wallbridge fires. These events not only caused widespread damage and destruction, but they also triggered significant emotional and psychological trauma within the community and the fire department.

After frontline experience fighting these fires, Chief Turbeville determined the status quo response to the firestorms was inadequate and worked with his community to develop new strategies focused on prevention, preparedness, and appropriate mitigation methods to save future life, property, and the environment.

Chief Gary Ludwig serves as the Fire Chief for the Champaign, Illinois Fire Department and boasts 45 years of fire, rescue, and EMS experience. He is also a past President and Chairman of the Board for the IAFC, serving during the 2019-20 term. At the age of 18, just two months out of high school, he began his fire service career in St. Louis, Missouri. He rose through the ranks of the department, becoming Chief Paramedic after 25 years of service.

He served as Deputy Fire Chief for the Memphis Fire Department in Tennessee before becoming Chief in Champaign, Illinois. He holds a master’s degree in Business and Management and has been a licensed paramedic for over 43 years. He has written over 500 articles for professional fire and EMS publications and is the author of five books. He has also been invited to speak at over 400 professional EMS or fire conferences or seminars and testified several times before committees in the U.S. House of Representatives.

During his term as IAFC President, Chief Ludwig was faced with the crisis of the worldwide COVID-19 pandemic. In the early days of March 2020, several weeks prior to the shutdown in the United States, Chief Ludwig implemented a Coronavirus Task Force consisting of fire chiefs, IAFF leaders, physicians, and private industry. The Task Force met weekly and conveyed vital information to members across the country.

Chief Ludwig’s actions led the fire service through the pandemic during the most difficult time. From early March 2020 until mid-July 2020, he addressed the many challenges facing the fire service including the crisis of a PPE shortage, testing, quarantining, and the deaths of firefighters from the virus. He further established a 24- hour round the clock operations center at the IAFC to establish a fusion center for data and information. Chief Ludwig testified several times in front of House committees on the needs of the fire service during and after the pandemic, including the need to prioritize firefighters and EMS personnel when vaccines became available.

The IAFC began recognizing one volunteer and one career Fire Chief of the Year in 1996. A selection committee appointed by the IAFC reviewed nominations for active chiefs of departments who have shown exemplary contributions in the areas of leadership, innovation, professional development, integrity, public service, and contributions to the fire service. The annual “IAFC Fire Chief of the Year” awards were presented at Fire-Rescue International (FRI) in San Antonio, Texas on August 24.

Jim Johnson, Oshkosh Corporation executive vice president and president, Fire & Emergency, commented: “It is always an honour to recognize the brave men and women who have dedicated so much to their communities through the fire service, and as the sponsor of the IAFC Fire Chief of the Year Awards, we always look forward to announcing the honorees.

“Chief Turbeville and Chief Ludwig have shown exceptional leadership for their departments, particularly through the difficulties of the past several years, and personify the qualities of professionals and mentors for those throughout the fire service. On behalf of the Pierce Manufacturing team, I’d like to extend our gratitude for their dedication, and congratulate them on a well-deserved honor.”