Kentec is setting the benchmark in wireless tech 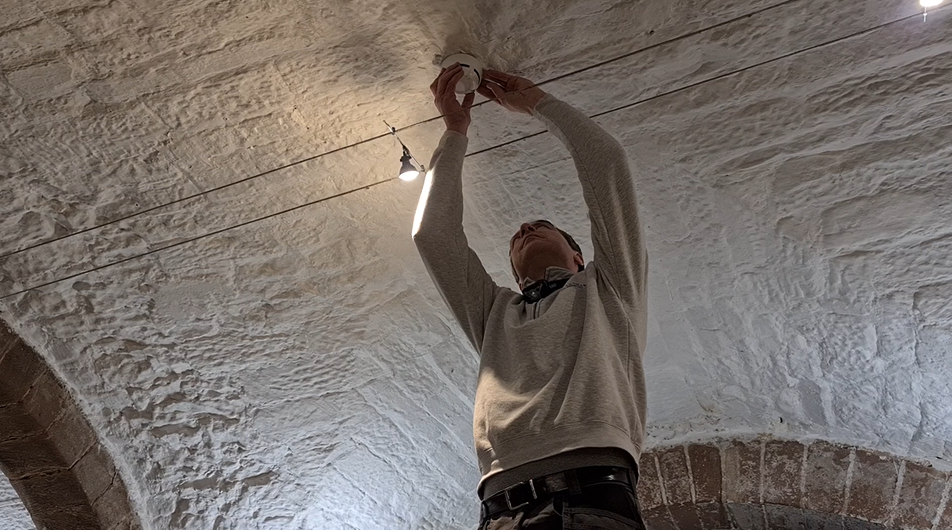 Derrick Hall – Director of Sales – Kentec Electronics, sheds light on the company’s extensive development of its fire extinguishing panels, and the rise of wireless systems.

The Sigma ZXT extinguishant panel was unveiled in 2019 and followed some interesting work behind the scenes thereafter. Shed some light on the launch path of the product.
The ZXT was built to be a premium product for a wide range of complex and large-scale applications, with extended features in comparison to our market-leading and internationally renowned Sigma XT. With the ZXT we have an audit trail of all the events on the panel that can be downloaded, and maintained, by the end user. We collected extensive customer feedback which signaled that the market needed a panel that could automatically switch from primary extinguishing cylinders to a secondary supply.

In addition, end users also wanted clearer visibility of the events, which is why we introduced a dynamic event LCD display. The display is colour coded to the different operations taking place at that moment in time.

Beta testing of the ZXT was conducted with a handful of trusted installers across the world, who also put the product into their own training facilities. We wanted to make sure we got it right, as with an advanced extinguishing system such as this you are likely to be protecting high-value, even critical assets. Also important is that the extinguishing agent can be costly, meaning facilities managers and landlords require a system that minimises unnecessary activations.

The beta testing process meant that when the ZXT was fully launched to the market, all our customers were assured the panel was robust and worked to protect people and critical assets.

You sell a widely popular XT model, what happens to that fire extinguishing panel with the ZXT’s launch?

The ZXT is a premium product, that has not replaced the XT fire extinguishing panel – they are very much complementary products. The XT has been in the market for approximately 15 years, with several thousand sales annually. The ZXT is built using the ultra-reliable and highly robust technology of the XT, useful as it well known by installers and end-users globally, but with extended features for added scale and capabilities.

Tell us about Kentec’s research and development department.

Kentec has more than 40 in-house engineers working in research and development (R&D) of new materials and life safety products and systems. Our team is based in Kent, in the southeast of the UK. The team benefits from being closely connected to Kentec’s manufacturing factory, also based in Kent. For nearly four decades, we have specialised in life safety systems, with a long-standing team dedicated to creating systems that deliver the utmost in safety, based on technological expertise, customer feedback and inputs we collect globally.

We spend 10-15% of our revenues annually on R&D, which is a high percentage of spend and relatively unusual for manufacturers. Our products and systems focus on the two main markets for certification and compliance for standards: the EN standard for Europe; and UL standards for the American and Middle Eastern markets. Our business is divided 50-50 across both sets of products.

Globally, we have worked hard to achieve a vast suite of global standards, especially in the countries where they use a combination of EN and UL standards.  For us it is important that our customers have the flexibility to change between those standards without having to learn a completely new technology, which is why our products are based on the same technology, essentially using one set of technology for both EN and UL. This means the installation engineers can work between the two seamlessly – that is different to our competitors.

What new markets have your products been used in?

The world has become much more IT connected, meaning the global importance on data storage has never been greater and will only increase as more and more systems become cloud-based. The way we use and store energy is also changing. And it is in these applications, as well where public safety is paramount such as in hospitals and transport hubs, that the ZXT is coming into its own. For instance, energy storage solutions that are linked to clean energy generators, facilities such as these have no room for fire safety error.

As such, there is a boom towards, not just protecting data centres, but also critical energy storage facilities. These energy storage units can range from the size of a shipping container to a large building, and it fills us with great pride that our panels are protecting such key infrastructure.

What has Kentec’s financial year performance been like for 2021?

Kentec had a record-breaking financial year in 2021. Which was mainly due to the expansion into new global territories and the launch of new products and systems. A big driver for that growth came in the form of a new wireless fire detection system called K-Mesh, which was launched in April 2021.

The installation of wired fire alarm systems can be a lengthy process. It inherently requires installing cables, which is sometimes problematic depending on the age and fabric of a building, and can involve complex planning, commissioning, and installation. With a wireless detection system, however, cabling challenges are of course removed. Using wireless technology, we are now able to reduce installation and set-up time to a matter of hours, which previously took several weeks – and often much longer when considering planning and commissioning.

The brilliance of the K-Mesh system is its ability to communicate with several translators and expanders, and its self-healing and configuring Mesh technology also means it is quicker in its response time when compared to many other wireless systems. It delivers optimum levels of reliability and performance, and importantly is easy to use, install and commission – and ultimately provides robust assurance that fire incidents are detected and communicated immediately.

Historically, installers have been concerned about reliability and redundancy of wireless systems, but this has changed dramatically over the last decade and will soon be a concern of the past.

The K-Mesh system allows you to have up to nine redundant paths going back to a panel, which overcomes any signal path failure issues. In terms of application, wireless was a natural solution for Chester Cathedral, where K-Mesh was recently installed by the Charles Thomas Heritage Fire Protection. It’s a building that dates back more than 1000 years and where thick walls and lead-lined roofs posed unique installation and connectivity challenges. It is the inherent robustness of K-Mesh’s technology that made it the best system choice for the project.

What trends are you witnessing in the domestic and residential housing sectors?

There have been major changes regarding the installation of fire systems in residential buildings following the Grenfell tragedy. Previously, not all residential developments required a fire alarm or evacuation alert system.

However, the BS 8629 standard introduced in 2020, which is a code of practice for the design, installation, commissioning, and maintenance of evacuation alert systems for use by the fire and rescue services when attending incidents in buildings containing flats. It means buildings need to have an evacuation system installed, and the much discussed ‘waking watch’ round-the-clock patrols are not required if a fire detection system is also installed.

An important factor to consider during evacuation is people living with disabilities. It’s one thing to evacuate able-bodied residents from a building, who find it easy to respond to an alarm, and evacuate the building accordingly. However, it is vital that solutions are provided to residents who are blind or partially sighted, hard of hearing or suffer neurological impairments.

The K-Mesh system has also been able to bring innovation in this area. In addition to sounding an alarm, K-Mesh is also programmable to give a clear spoken message and to integrate with emergency lighting systems to provide visual prompts for evacuation. Industry research has found that, in fact, all people are more likely to respond quickly to the spoken message, so this functionality is proving impactful across a number of K-Mesh installations. Ultimately, we believe the K-Mesh system has been designed with the utmost in safety at its core and aligned to Kentec’s guiding philosophy of making the lives of its installers and end users easier and ultimately – safer.