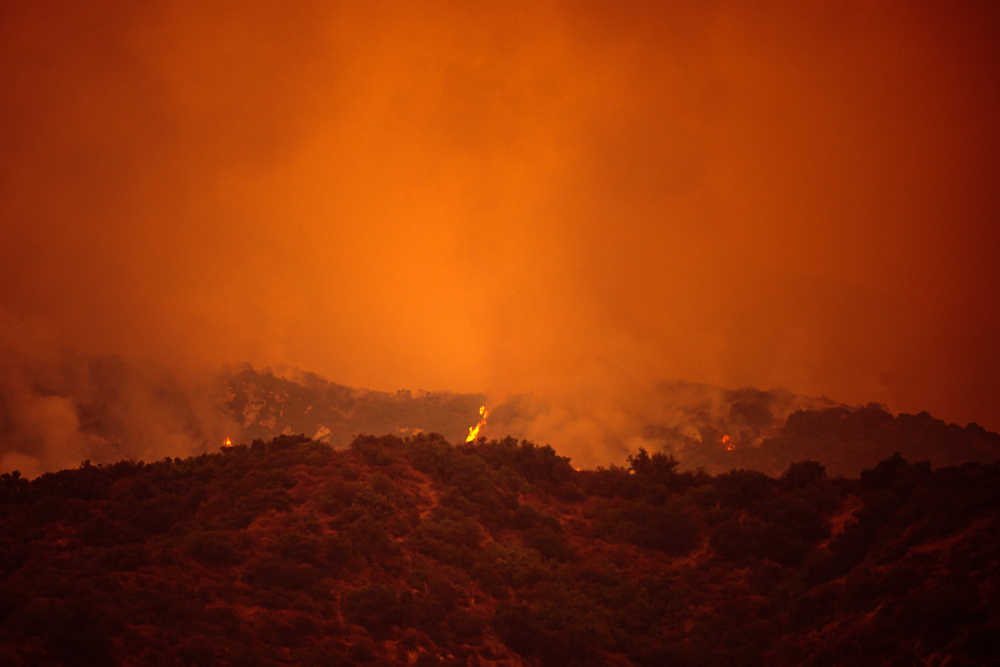 In what has become the largest fire in California this year, the McKinney wildfire has now burned 55,493 acres (22,457 hectares) of drought-stressed timber and remains at 0% containment, the California Department of Forestry and Fire Protection reported.

The fast-moving fire went which began on Friday (29 July) has already become the largest fire in the state in the year to date. The blaze has forced around 2,000 residents to flee as it destroyed homes and critical infrastructure, mostly in Siskiyou County, home to the Klamath National Forest, according to a statement from Governor Gavin Newsom on Sunday, a day after the fire was declared a state of emergency.

Two bodies were found inside a burned-out car near the Oregon border, authorities said on Monday, as crews battled the blaze for a fourth day and took advantage of rainfall in the area.

Authorities have yet to confirm the extent of property losses, but the Cal Fire said in an update posted on Monday that more than 4,900 homes were threatened by flames.

With lightning forecasted over the next few days, extra resources from elsewhere in the state are being brought in to help fight the region’s fires, according to the US Forest Service.