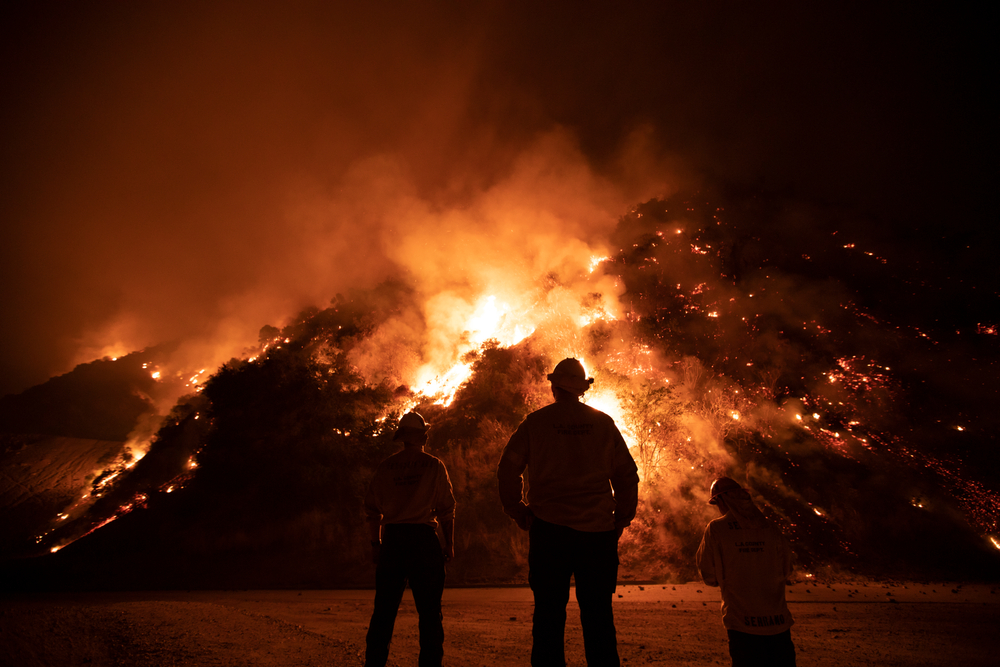 The Mosquito Fire has become the largest wildfire to burn in California this year after growing over 67,000 acres as of Thursday night and remaining at only 20% containment.

The Mosquito blaze has now surpassed the McKinney fire as the largest wildfire in California this year. The McKinney fire has burned over 60,000 acres in Siskiyou County and is currently 99% contained.

The fire has been fuelled by dry vegitation in the area that was cooling off following record breaking heat the previous week.

The fire, which ignited ten days ago, now covers over 67,000 acres in El Dorado and Placer counties, according to the California Department of Forestry and Fire Protection (Cal Fire).

Over 11,000 residents of surrounding California communities were evacuated due to the fire which has destroyed 64 structures and damaged 10 in Placer and El Dorado counties, according to Cal Fire’s most recent damage assessment report. Over 9,000 structures were under threat.

The fire had calmed down over the weekend but strong winds cleared up smoke and created fresh oxygen for active fire behaviour on Tuesday night, Cal Fire said and containment dropped from 25% Tuesday to 20% on Wednesday.

“We’re ready for an absolute blowup out here,” said Jonathan Pangburn, a fire behavior analyst with Cal Fire, during the US Forest Service’s Wednesday briefing. “It doesn’t need a lot of wind.”