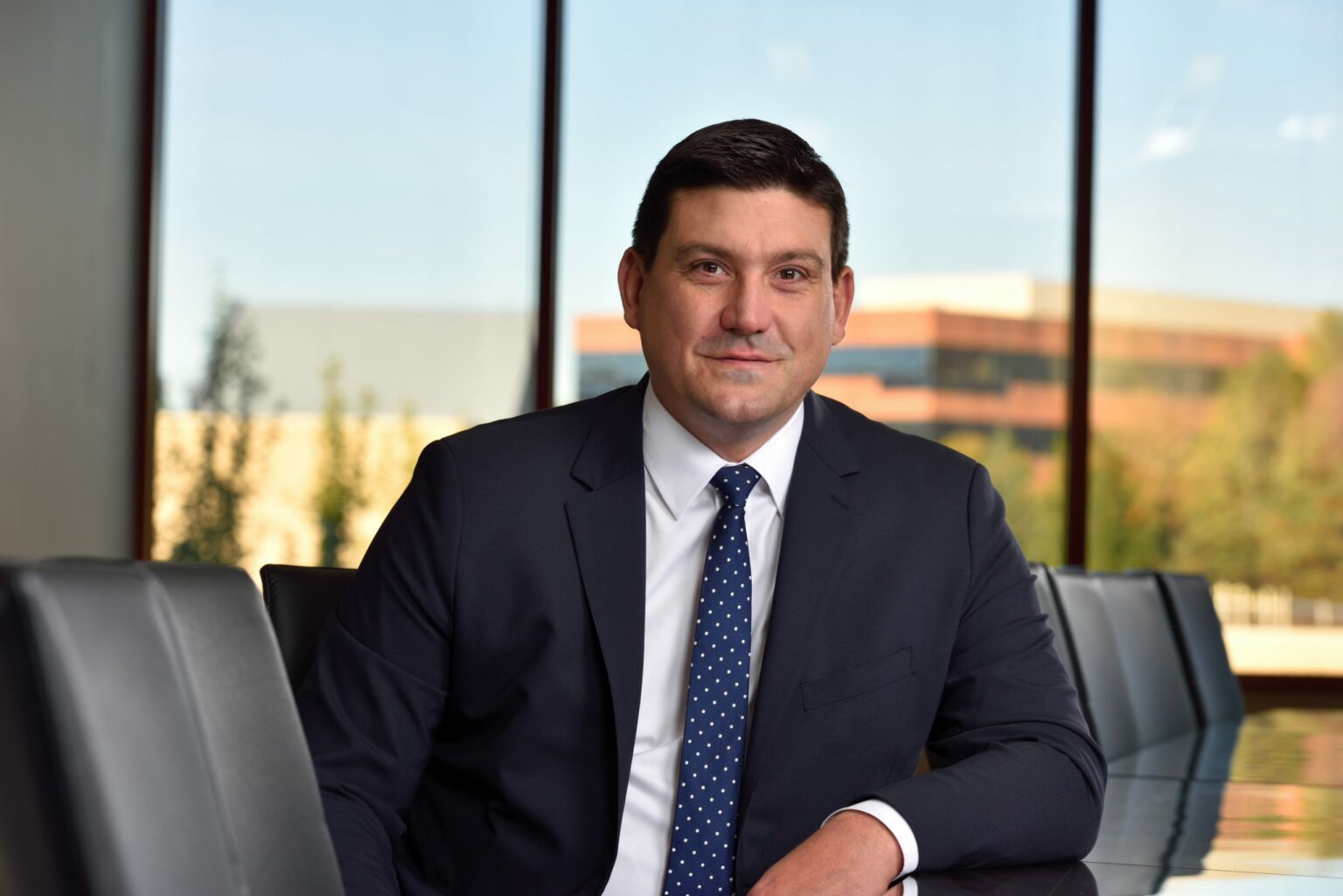 The company philosophy of MSA can be traced right back to its roots. A little over 105 years ago, as a result of a devastating mine explosion, two mine engineers started to build innovations to make the mining industry safer.

This ethos has developed over the years, and the company have expanded services to other sectors such as construction and gas, but one thing remains the same; the products are being built to make the end users experience better, whether that is in terms of protection or comfort.

A mission – to protect life – that’s remained unchanged for more than 100 years and it’s something MSA are extremely proud of. They don’t build innovative products for the sake of it, they do it to improve safety in each sector and provide technological leadership.

As a result of this, they offer a range of products that help keep workers across the world safe. From a fire fighter perspective, they have established a strong North American base, unsurprisingly.

However, they now have a strong presence within the European and International markets, helped by the acquisitions of Cairns and Gallet, both market leading companies in their respective fields.

Jason Traynor, General Manager, Global Respiratory Protection and Fire Helmets for MSA Safety has been one of the many members of the MSA team who had an important part to play in the expansion of the company.

In his role, Jason is responsible for establishing the global vision, strategy and growth initiatives for his product groups. Upon joining MSA in 2012, Jason revolutionised MSA’s approach to Fire Service Marketing and was critical to the successful launch of the G1 and M1 SCBA platforms.

International Fire and Safety Journal had the pleasure of speaking with Jason to find out about what the future holds for MSA.

Tell us about what MSA do within the fire industry?

We have been in the industry a long time, since 1914 in fact. Some of the early products we produced back then still feel relevant to what we do today.

One of our early conceptions was the breathing apparatus, and while this has then developed over the years to modern day updated versions, the reasons for producing them remain the same.

For us, the fire industry is something we believe to be a critically important market, and we are continuing to invest in innovation. It is really about understanding the needs of the individual that has to wear the gear.

We’re not just driving innovation for the sake of change, it is all about making the end users experience better, whether that is in terms of protection or comfort, those things always go into our product development pipeline, and in terms of our core fire products right now, I would say they are the fire helmets and SCBA. However, in the US I would say we have a head to toe solution. We sell boots, breathing apparatus, helmets and a lot more.

You have described the M1 as MSA’s most advanced, ergonomic and modular and SCBA system, what were the ideas behind the system?

In 2014 we released a product called MSA G1, and that was the culmination of about five or six years of product development work. We spent roughly $50m on the platform, but the approach that we took was about understanding the requirements of the NFPA standard and working with end users fire fighters to understand the limitations of our products.

It was very successful and formed the basis of the M1 that we released 2 years ago in Europe. When coming up with the thesis, field of view was really important, but it also had to be lightweight and offer some comfort.

The other pieces of the system that are important are the modularity of the product. Because Europe is such a heterogeneous market every country will want something different from the system, so we wanted to make the product customisable. With regards to the ergonomics, the weight is low and close to the back so there is no added strain for the user.

I also think it was important that we made it accessible in terms of functionality and budget, and we have made sure its upgradable over time. We understand that these products are going to be used to 12-15 years, so if you’re buying it now it needs to still be relevant in 2030.

That’s why we’ve put things in like Bluetooth and IoT that may not be heavily used today, but we anticipate that the technology of the future will make it very relevant. When making the product, we were looking at it as a platform for the future.

To what extent have end users been involved in the M1 features?

From the beginning of the project we were talking with people who were using competitor SCBA. In fact, 75% of people we interviewed and worked with aren’t even MSA users! We spoke to people all over Europe and asked them about their experience with the SCBA they use. One concern that came up was cleanability.

The design took in to account how they clean it and ensured that it was easier to clean. I would say the feedback on the product has been really positive. In general, there was a lot that we were able to demonstrate that we took action and listened.

For example, we are going to England, Scotland and Ireland just to find out what the needs are, and I’ve probably been there personally 12 times since 2017! Throughout those trips we have been able to develop bespoke features that are only available within the UK market.

How will the safety aspects change the way end users work?

One of the most important aspects is understanding the air that is in your system and having the ability to transmit data from the SCBA. We’ve been able to do this for a while but the M1 takes this to another level. We also have a feature that is specific to the UK market.

The Entry Control Board (ECB) that helps us to understand the air situation of the fire fighter. They can also send evacuation notices and communicate two way through the control module and have the peace of mind that the evacuation was received and acknowledged.

A lot of technology has gone into that as we saw that was a specific need within the UK. A good example of that would be the Grenfell Tower tragedy, that was extremely complex. We have had conversations with people that were sorting through that data, and it was a complicated process. We can simplify that and help people understand how we could do this differently.

So, will all the data collected be centralised to the MSA Hub?

Typically, the HUB will be installed on a fire truck, but we do have a portable version. In scenarios where you can’t get the truck near to the scene of the fire the portable HUB can take over.

The SCBA has a long radio transmitter that sends the data to the hub via a data radio signal. The HUB then processes it and sends it to the cloud where it is available from anywhere in the world. The HUB is important because it takes the local data and makes it remotely accessible.

Tell us a bit more about the modularity features?

A basic system would be one that would just deliver and measure the air. By that I mean it would have a needle that would show you how much air you have left. What we have done is given the option of swapping out the analogue gauge.

So if you decide that three years down the line you want to have an electronic system that would have an LED screen that would calculate the air left in your system and the time remaining based on your breathing rate. When we talk about modularity it is really about how configurable the product is and being able to assess what is important to you at the time, and offering upgradability in the future.

Have you found a need in the UK market for the product?

When we look at the UK market it is very much driven by technology. This sense of data has been around for a while but when we speak to the UK fire departments we get the feeling that they only have one choice, and they were encouraged that we could provide them with another option. If we had found that they were telling us that they loved the competitors and they weren’t going to look at an alternative then we may have taken another path, but that’s not what we got at all. Our system is extremely competitive with other systems that have been in the UK for a while.

How important are the changes you have made to communications?

The headset has been well received. When we were doing market research, communications was the one area that fire fighters say can be improved so we are making investments in that area. We have another project that I can’t go in to too much detail about, but it is focusing on communications. Not only in terms of talking, also in terms of transmitting data across to others.

What would you say was the driving force behind M1?

I think that our approach to developing new products and driving innovation starts with and is designed for the end users. We drive technology leadership and excellence, but it starts with the question, how does this make a fire fighters life easier? We are dealing with people who are passionate about what they do and producing the vital technology they need is really rewarding.

As we move toward a more digitally connected generation, it is hardly a surprise that MSA are at the forefront of the industry. Especially with a concept that allows fire fighters to remain connected, share data and above all, stay safe. And with AI, IoT and machine learning ushering in a new way of working, future updates to the MSA systems could well bring further benefits for the industry