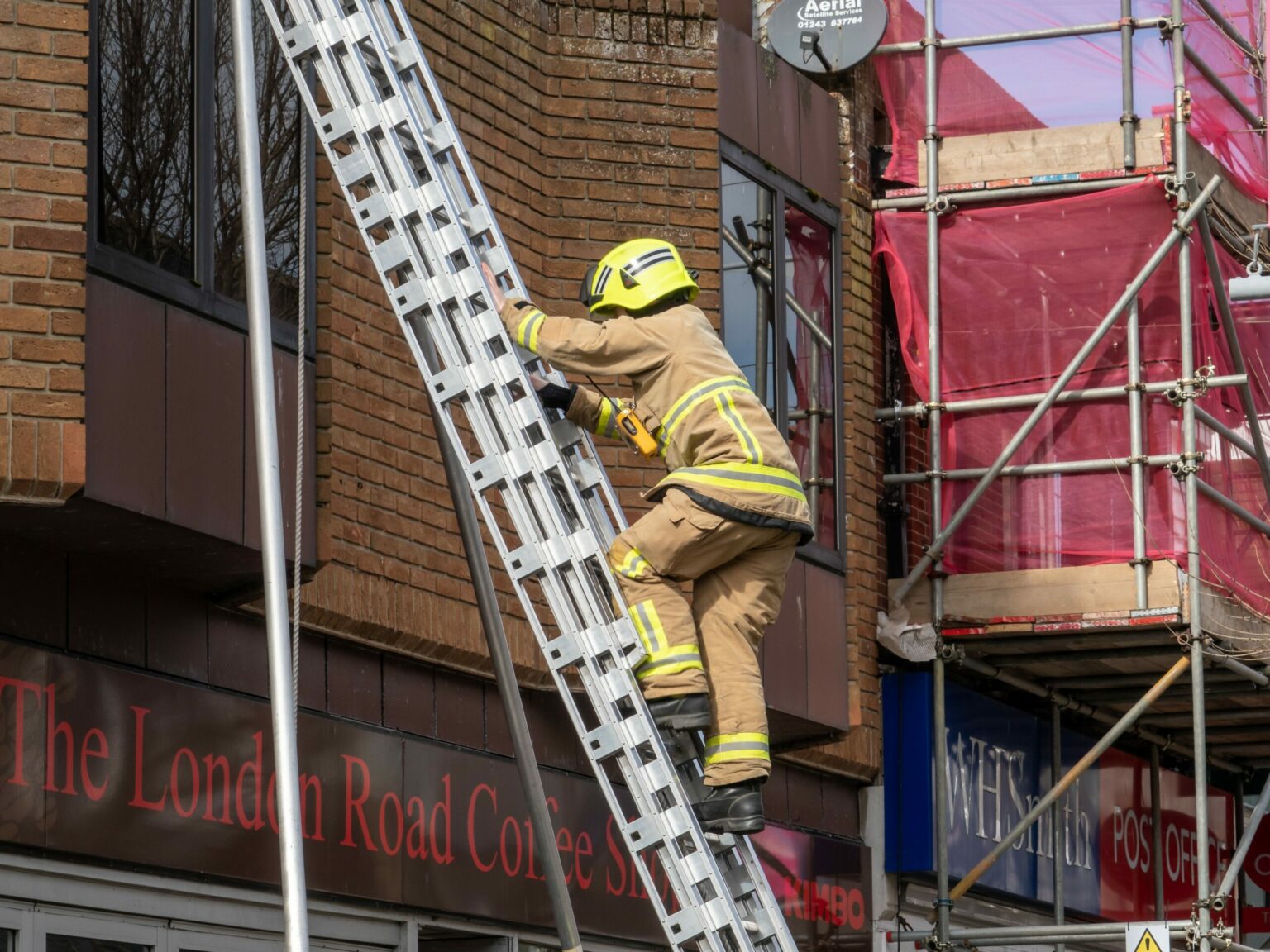 Seventy trainee firefighters from the Scottish Fire and Rescue Service (SFRS) have ascended 3,408 metres – the combined total of the Ben Nevis, Scafell Pike and Snowdon – in just one hour in a charity challenge to raise funds for The Fire Fighters Charity and the SFRS Family Support Trust.

They climbed using a 13.5m ladder pitched to the third floor of a building within the SFRS National Training Centre in Cambuslang, on August 6 and 12. The trainees, split into two groups, rose to the challenge in the annual charity ladder climb. The total funds raised currently stands at over £2,000.

Station Commander Thomas Mortimer said: “It’s really important for our recruits to get involved as much as they can and join in with fundraising events like this.

“They’ve all worked extremely hard in their training and it’s fantastic that they are able to give back to two vitally important charities.

“Many of our new trainees have not heard of both charities before, but it could be themselves and their families that utilise their services in the future.

“Both charities do great work for our firefighters so it’s important that we can do our bit in order to raise funds for the charities that support our crews and their loved ones.”

“The trainees have raised over £2,000 split between The Fire Fighters Charity and the Family Support Trust. That really goes a long way in supporting both charities to do great things.

“We support fire and rescue service personnel across the UK with their physical, mental and social wellbeing and it’s been really tough over the pandemic. A lot of fundraising stopped but it’s great that these events have come back and hopefully the trainees will get into the mind of fundraising and when they get positioned on station, they’ll keep that going.”