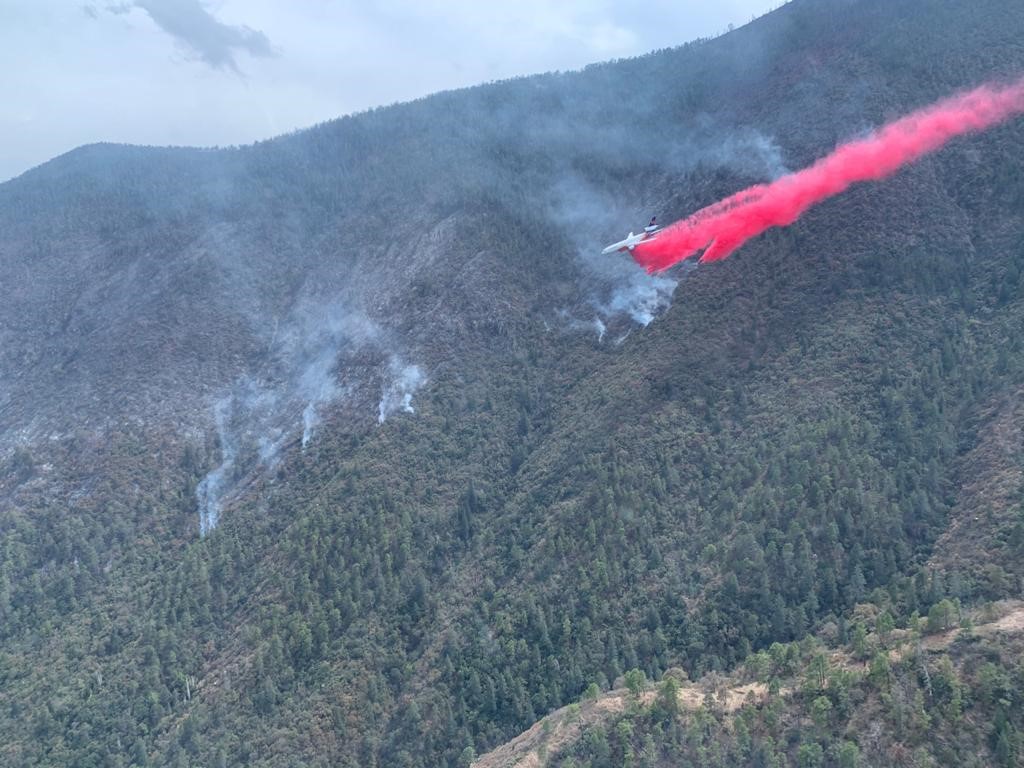 Perimeter Solutions have partnered with 10 Tanker Air Carrier, a world leader in aerial firefighting, to set up operations in Laredo, Texas to provide support to agencies in Mexico that work to extinguish and prevent the spread of active wildfires. Through this partnership, 10 Tanker provided a DC-10 aircraft for a base in Laredo, and Perimeter Solutions equipped their plane with its PHOS-CHEK® long-term fire retardant (LTR). Fully qualified by the USDA Forest Service, PHOS-CHEK is the safest, widest used, most effective, and most environmentally friendly LTR in the world.

“This partnership is a great example of how you can bring resources together to better address challenges like wildfires, which are becoming increasingly pervasive and dangerous,” says Shannon Horn, Business Director, North America Retardant and Services for Perimeter Solutions. “Compared to the capabilities that we have in the United States, including an expansive national agency like the US Forest Service that dedicates resources to preventing and suppressing wildfires, what Mexico has is very limited and it is imperative that organisations like ours and 10 Tanker provide this support.”

The partnership was put to the test in late March when a wildfire erupted in the Sierra de Santiago region in the state of Coahuila near Monterrey, Mexico. The fire started on March 16 and by March 25, more than 1,100 people were evacuated from their homes as the blaze destroyed roughly 20,000 acres of land. Perimeter Solutions set up a mobile unit on Sunday, March 28 and with 10 Tanker they were in Coahuila to start the LTR drop.

Unfortunately, they were met with unfavorable weather, and had to delay their aerial campaign for a day. Once the weather cleared up and Captain Dan Montelli was able to take off in the 10 Tanker T-912, the team made an immediate impact, as the spread of the fire was slowed by the PHOS-CHEK LTR.

“We completed ten missions during the Coahuila fires and dropped nearly 100,000 gallons of PHOS-CHEK onto the fire zones. 10 Tanker is proud to partner with Perimeter Solutions in this important endeavor, and we are honored to play a role in the protection of life and property for the residents of Mexico,” says John Gould, president of 10 Tanker Air Carrier.

For more information on Perimeter Solutions and PHOS-CHEK and its other fire safety solutions visit www.perimeter-solutions.com.