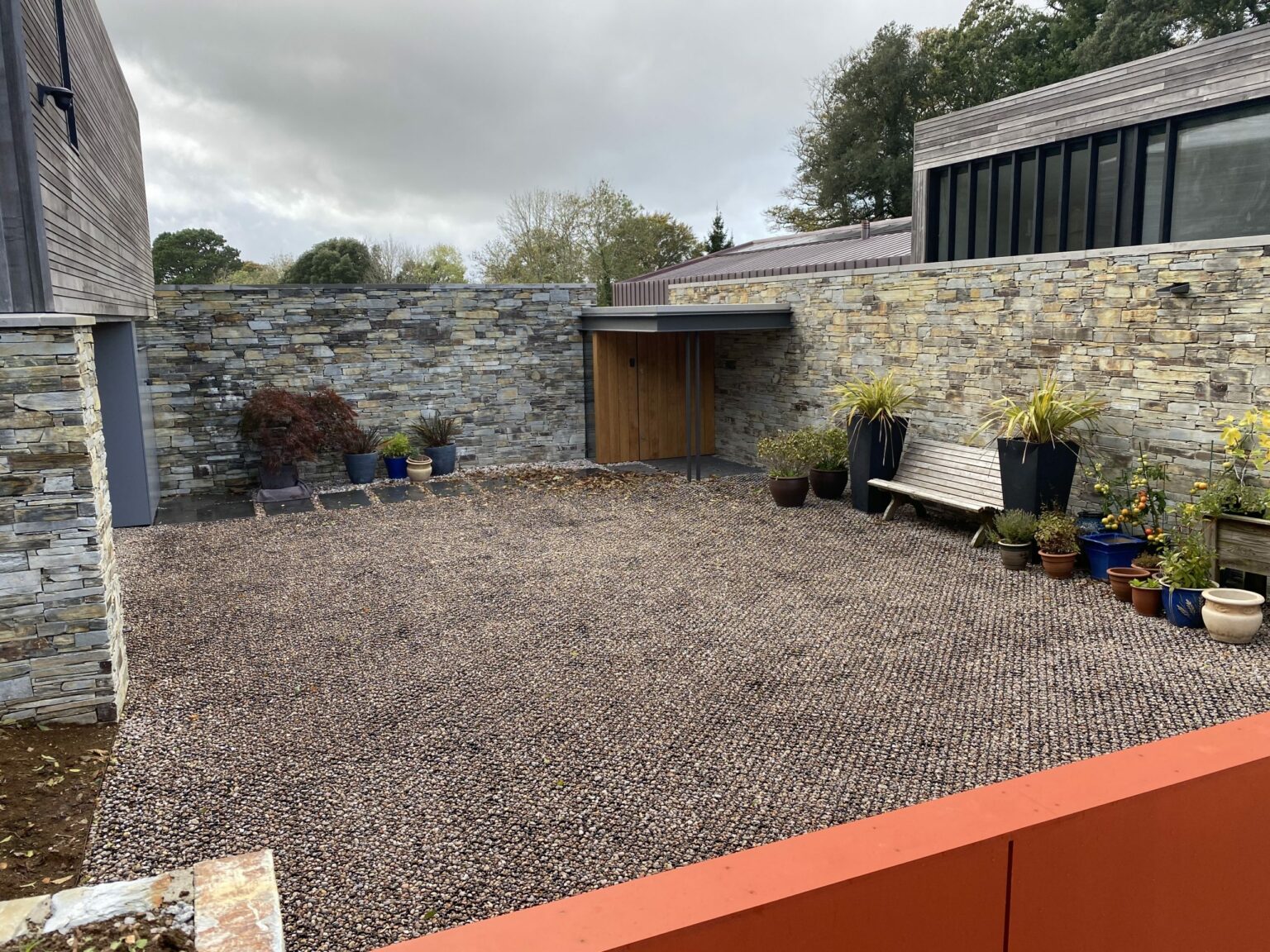 An aspirating smoke detection system (ASD) from Patol has helped an award-winning architect to achieve the clean lines he wanted for a dramatic new house project in South Devon.

Stan Bolt is an architect with a reputation for creating imaginative buildings, primarily in Cornwall and Devon, from the practice’s studio in Brixham. Attention to detail is crucial to the architect’s philosophy – “we are equally interested in the arrangement of electrical boxes and ironmongery as we are in how our buildings sit in the landscape and relate to the wider environment.”

In the case of Hare Wood House, a new home built on a plot of land on which the previous house had been demolished, this focus was carried through to the fire detection system.

Bolt was adamant that he did not want conventional smoke detectors impacting on the building interior so, working with builders Alec Hoare and Sons and electrical contractors Daniel Knight Electrical Ltd, he sought a solution. They, in turn, approached EastHill Fire and Security who recommended a Securiton system from Patol.

The resulting design accommodated all the specific challenges of the bespoke house. Kris Hill, Managing Director of EastHill, comments – “ASD is more commonly associated with commercial rather than domestic applications so we did need to think a little differently.

An example was the need to review the original design to accommodate a log burner but by working closely with Stan and the contractors on the project we were able to deliver a system which not only provided excellent levels of fire detection but also met the aesthetic requirements of the brief.”

The house has a central plant room in which the Securiton ASD 535-2 detector is located. Air sampling pipework feeds from the detector, through the ceiling void and into capillary tubes which draw air from sampling points in the lounge, master bedroom and corridors.

If even tiny smoke particles are detected (at the earliest incipient stages of a fire), this is identified by the detector which goes into alarm. This provides highly efficient early warning smoke detection in a system which is effectively invisible.

The plant room also houses other equipment central to the functioning of the house. This includes a Tesla battery which operates as a back-up unit should there be an interruption to the house’s main electricity supply.

The ASD detector’s powerful fan, with radial speeds of 1-5, ensures continuous sampling of the air while still operating quietly (just 32 Dba) – an important factor in a domestic setting.

The Securiton ASD 532 is one of three models in the range, all of which are approved to EN54-2 class A, B & C. Through the options available, scalable high sensitivity can be achieved for a wide range of environments, from small single premises right through to large facilities.