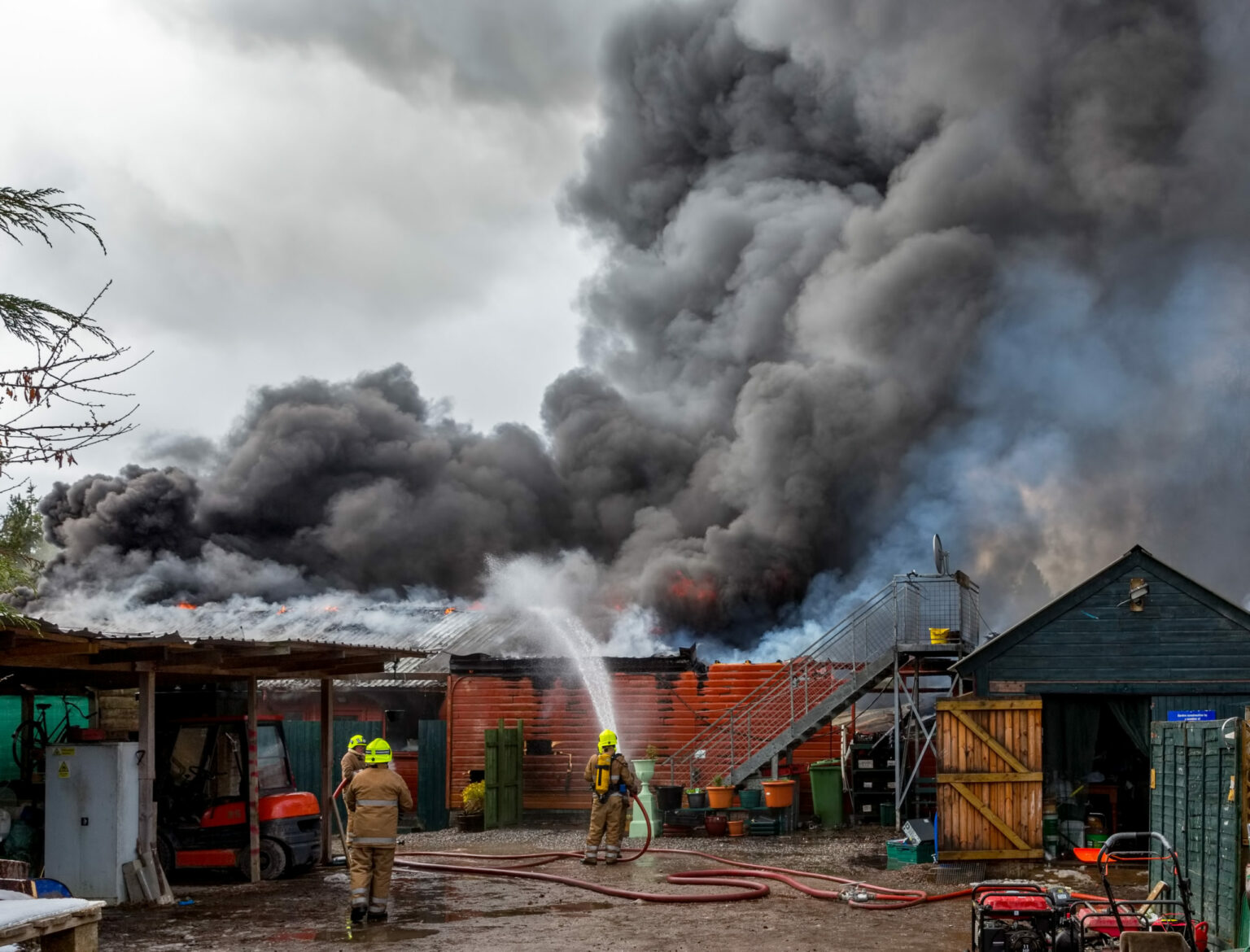 In the past month major new changes and fire protection laws have come into effect across Great Britain, IFSJ shines the light on the UK in our market focus for May 2022

The UK has one of the most advanced fire protection markets in the world, despite legislation only catching up now in critical areas. According to FPA managing director Jonathan O’Neill the ingenuity and innovation of various stakeholders, manufacturers, fire training professionals, consultants, and the fire services themselves has contributed to a thriving fire protection and detection market across the UK.

Since the late 90s various government efforts, resulting in orders, bills, and acts have come into effect to protect assets. But more importantly, painstaking efforts have been taken to minimise fatalities. Plenty of movement has taken place in the last five years, in the aftermath of the horrific Grenfell Tower disaster. The incident is considered as one of the UK’s worst modern disasters. As many as 72 people died in the disaster that took plan on June 14, 2017, which made up a staggering 18% of all deaths caused by fires in the UK that year. In 2019-2020 fatalities caused by fire accidents dipped below the 300 figures for the first time in several decades.

There were 311 fire-related fatalities in Great Britain during 20120/21, 22 more than occurred in the previous reporting year when there were 289. In the early 2000s, the annual number of fire fatalities was consistently over 500, with numbers gradually falling throughout that decade. In 2011/12 the number of fatalities related to fire fell below 400 for the first time, and has remained below 400 since that point.

Since peaking at over 55,600 workers in 2010 there has been a marked decline in the number of fire and rescue workers in England, with the service losing more than 10,000 workers by 2019. In a similar time period, the expenditure on fire-protection services in the United Kingdom fell from 3.1 billion in 2009/10, to around 3 billion in 2019/20.

At the end of April 2022, the UK Government’s Building Safety Bill completed all the parliamentary stages in both houses, ready to receive Royal Assent. The 252-page bill, which began the process of going through the houses of parliament in July 2021, is aimed at improving building standards, ensuring the safety of residents, and protecting leaseholders from the costs of fixing their blocks.

The Building Safety Bill’s main aims is to reform the safety system for properties higher than 11 metres by appointing a Building Safety Regulator, giving a greater voice to residents, driving industry change, and creating a national framework for increased oversight.

UK Minister for Building Safety Stephen Greenhalgh has branded the Building Safety Bill as the “biggest changes in building safety legislation in our history”. The act will now also include measures to ensure leaseholders avoid footing the bill for remediation costs, known as ‘waterfall’ protections.

Ministers have faced growing pressure over the building safety crisis. Thousands of leaseholders have been hit with crippling costs for fixing their buildings and have been unable to sell their flats.

The Royal Institute of Chartered Surveyors (RICS) welcomed the passing of the bill as a ‘positive step’ and acknowledged that it “may not have been what everyone hoped for”. The bill will at the least provide greater protections for leaseholders and delivering a new building safety regime.

“It is critical for RICS and other organisations representing the professions impacted by the Act, to have the opportunity to offer their continued support in finding and shaping the solutions alongside government,” it explained.

According to law firm Clyde and Co, major changes to the Bill include scrapping building safety managers or the need to appoint one. There is now an “accountable person” who takes over day-to-day responsibility for higher risk buildings over 18 metres.

Another amendment that has been enshrined into law is extending the limitation period to 15 years for defective premises claims and 30 years for retrospective claims. The law firm said that this could come into force two months after royal assent.

Sadly, new builds or restored properties opting to use environmentally sustainable materials remain at greater fire risk. Expressing his concern on the matter O’Neill says: “there’s no way to escape the influx of sustainable, albeit combustible, building materials making a mark in our cities and towns. We need a unified code on buildings in the UK that incorporates evolving building techniques and materials.”

The ripples of the Grenfell disaster, and the impact of its subsequent inquiry, have left its mark across Britain’s devolved governments. Since October 2006 the fire safety law in Scotland has differed from that of England and Wales and Northern Ireland. Last month, a legislation by ministers in Scotland proposed ban on use of combustible materials on high-rise buildings.

Since 2005, cladding used on high-rise blocks in Scotland had to feature non-combustible materials or pass a large-scale fire test. The new building standards legislation removes the option of a fire test, completely prohibiting such materials in buildings with floors above 11 metres.

The law on fire alarms has changed in Scotland, requiring all homes to have interlinked alarms. Interlinked means if one goes off, they all go off, so you will always hear an alarm wherever you are in your home. The new law has come about because of the Grenfell fire in London in 2017, and it applies to all Scottish homes. It is the property owner’s responsibility for meeting the new standard. Could we see a similar move coming into effect across the rest of the UK? Watch this space.

Accountability in the amendment

But the amendment to the Building Safety Bill, which removes the requirement for landlords to appoint Building Safety Managers in leasehold buildings seven storeys and over, is being challenged by a leading tall buildings fire safety expert.

Russ Timpson – a former firefighter and Managing Director of the Tall Buildings Fire Safety Network -is urging the government to reconsider its decision to scrap the recommendation first proposed by Dame Judith Hackitt in the wake of the Grenfell Tower fire.

“This latest iteration of the all-important Building Safety Bill states that responsibility for fire safety will now fall squarely on the squarely on the shoulders of an ‘Accountable Person’, such as the freeholder or head lessee or a management company. It is fundamentally important that anyone who is put in charge of tall building fire safety has undergone specialist training, which is backed up by a recognised qualification.”

A similar concern has been raised by several experts and veterans of UK fire safety protection. A logical solution to this conundrum, according to the FPA, is the appointment of independent assessors. It’s a case of assessing the assessor, where there is a constant loop of checks and balances put in place to ensure there are strong grounds of accountability at all times from all parties.

In a significant intervention in January 2022, UK housing secretary Michael Gove announced plans to get developers and construction product manufacturers to pay for defective buildings through a multi billion-pound billion levy. In April 2022, following months of negotiations, 35 builders pledged to fix all buildings they had built in the past 30 years that have “life-critical fire safety defects”.

The agreement includes buildings they have developed on behalf of social landlords as part of Section 106 agreements. Leaseholders will also be able to launch retrospective legal action going back 30 years against developers or contractors that have built unsafe properties.

The 35 developers collectively agreed to contribute £2bn towards fixing buildings they had a role in constructing. Under the Gove plan, in addition to the £2bn from developers to fix their own buildings, the industry will commit a further £3bn for the removal of unsafe cladding through an expansion of the building safety levy, a charge on new residential buildings. Firms refusing to contribute to the fund set up to fix dangerous cladding will be warned they could be blocked from selling new homes.