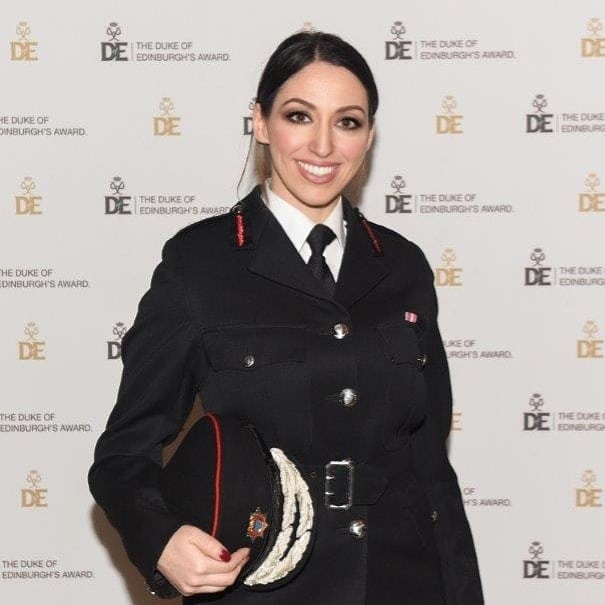 The issue of sexism and mental health within the fire services has been highlighted in the latest edition of the Resilience podcast.

One of Britain’s highest-ranking female firefighters has revealed that women make up less than 7% of the nation’s 32,223 crews, with women seemingly reluctant to apply for posts.

Sabrina Cohen-Hatton, chief fire officer at West Sussex Fire and Rescue Service, believes more women should be encouraged to sign up for the demanding career.  “It’s important that we have the best of the best. The problem is, the stereotype of a firefighter is so strong and so pervasive, that many people who would be the best firefighters haven’t even thought about it, because that ruffty-tuffty stereotype is not appealing to them.

“So, I’m only getting the best of the best of a really small demographic and that has to change.”  Cohen-Hatton, who joined the fire service after she spent two years destitute and living on the streets as a teenager, opened up about her challenges in the latest episode of the Resilience podcast, which brings together members of Blesma, The Limbless Veterans, and public figures in an inspirational podcast series. She shared her experiences with Josh Boggi, a former Royal Engineer, who lost both his legs and right arm in an IED explosion in Afghanistan when he was 23-years-old.

“When I joined, only 1% were women and now we are at 7% which is still very small so I do find it difficult to jump with joy talking about such a marginal increase,” she says. “I don’t believe in having an arbitrary quota. I don’t think that we should look to have a certain percentage of women in the workforce by any stretch of the imagination. But what’s important to me is that we have the best of the best to be firefighters.”

Absolutely none of those qualities is determined by your gender at all. Sabrina experienced sexism and sexual harassment when she joined up in 2000. “I’ve had some of the best experiences of my life in the fire service. It’s a real privilege to be one of the ones that are trusted to do what we do and that has been incredible,” she told the Resilience podcast.

“There have been some really tough times don’t get me wrong. I have experienced some sexism, especially in the early days. I haven’t always been welcomed with open arms. In fact, when I first joined people used to say to me, yeah, ‘I just don’t agree with women in the job. Sorry, no offence to you. It’s not a place for girls.’”

She emphasised that the sexists were in a small minority, adding: “I’ve also worked with people who are still like big brothers to me to this very day and work with people who have made me believe in myself so much that it pushed me to do things that I didn’t think that I was capable of. And, you know, it’s just been an incredible career.”

Sabrina and Josh found common ground talking about facing adversity when they discussed the difficulty in asking for help when in a ‘protector role’ such as theirs, and the need for having a provision which makes that easier; normalising talking about our mental health.

Sabrina added: “The thing about being a firefighter is it does become part of your identity and how you see yourself. We know that frontline responders are disproportionately more likely than the general population to suffer with their mental health, which is probably not a surprise given your repeated exposure to trauma.

“But interestingly, we are also less likely than the general population to ask for help. When you think about that, when you see yourself as a protector then the idea that you might need some help yourself can be counter-intuitive, so it can be more difficult to ask.

“I think the other thing specific to the emergency services is that when we see the effects of mental health issues it is at crisis point, – emergency services will deal with the aftereffects. Whether because it’s part of your job and you are exposed to other people’s trauma on a daily basis or whether because you’ve experienced a significant trauma. I think it’s really important that we know how to ask for help.”

The Resilience podcast Sessions, which are featured on the Samaritans wellbeing app, grew from the Making Generation R campaign, which trained members of Blesma to tell their stories of overcoming adversity to 100,000 front line workers, first responders and young people.

Alice Driver, founder of The Drive Project which devised the programme and presenter of The Resilience Sessions,added: “The podcasts are inspirational. You feel like you are part of the conversation between individuals who have been through tough challenges but have come out the other end and are able to talk about how they did it.”