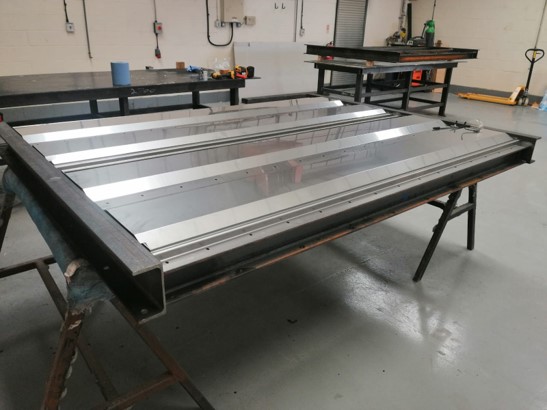 Rhino HySafe, a subsidiary of Rhino Engineering Group, has successfully completed the design and simulation testing phase of its inaugural Project UFER.

Launched in 2021, HySafe is developing a range of ultra-fast explosion relief (UFER) products, providing hydrogen refuelling stations and other sites with industry-leading technology engineered to reduce the risks associated with explosions.

The development of HySafe’s product range, which includes various sizes of explosion relief panels, is designed to protect nearby people and buildings and has been made possible by an award of funding from the Welsh Government, as part of its SMARTCymru Project.

The company will shortly be conducting physical explosion tests on the products, with the team holding high expectations for performance.

Physical explosion testing is scheduled to commence mid-September 2022 at RAF Spadeadam in Cumbria, and will be conducted by DnV and concluded within the month.

“After a year of research and development, it’s brilliant to be taking our initial design concept from theory to a physical, marketable product which has myriad practical applications.

“Pending the successful completion of this testing, we could be looking to bring this product to market ahead of schedule, providing a highly innovative solution for the global hydrogen market.”