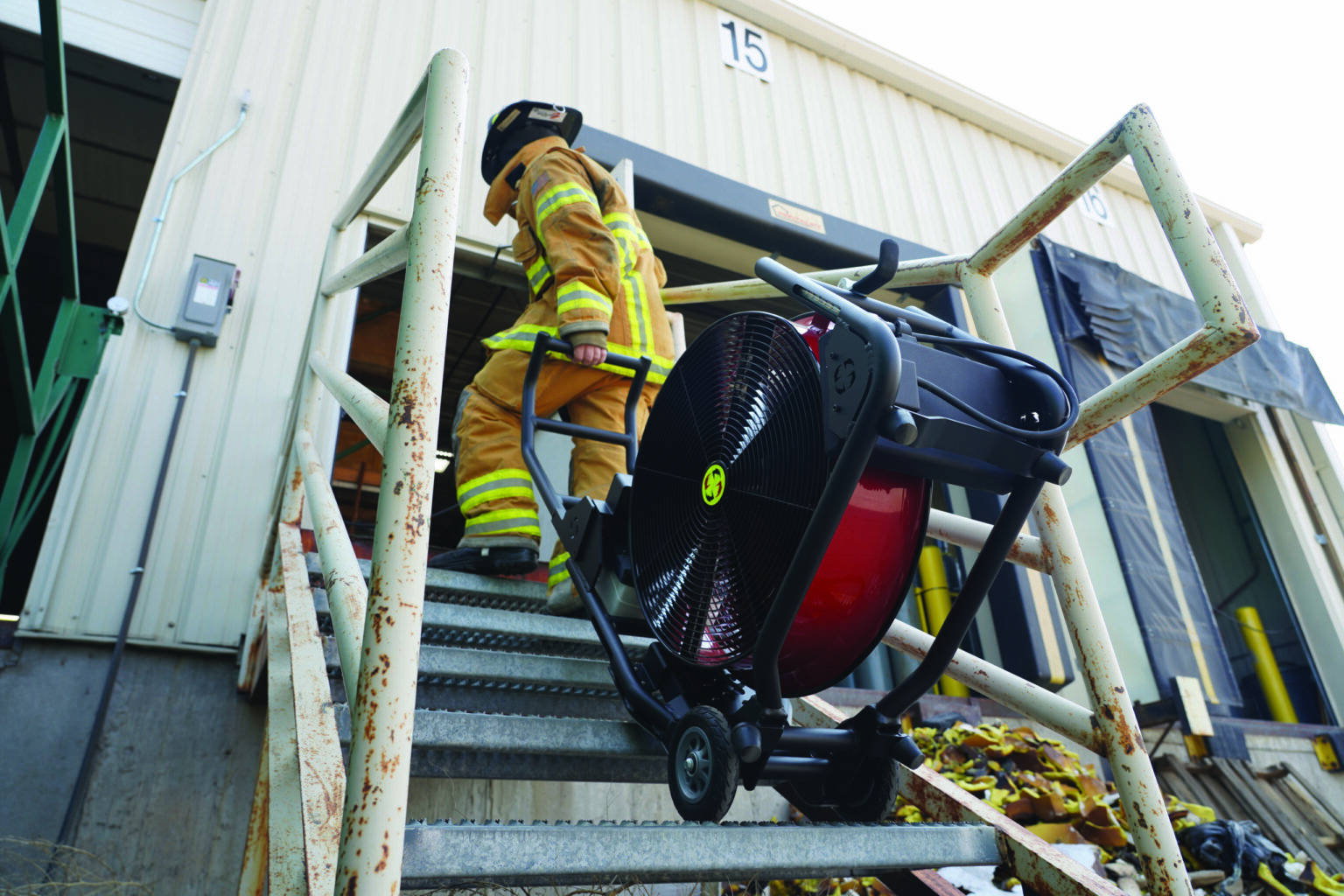 With so many fire tools now powered by name brands, Super Vac looks at the offering from key players in the battery power industry: DeWalt, Makita, Milwaukee, IDEX and Holmatro.

Milwaukee is developing to its M18 REDLITHIUM series, providing up to 2.5 times more runtime and 20% more power than other lithium-ion batteries. This one battery system powers more than 200 Milwaukee M18 hand tools.

IDEX Fire & Safety is favoured in the industry for its patented 1P68-rated EWXT/E3 batteries (capable of operating underwater), IDEX and its LUKAS rescue tool brand have yet to introduce small hand tools to the market – departments may want to keep an eye on IDEX’s future innovations.

While Holmatro doesn’t offer battery-powered “hand tools,” the manufacturer has one of the most well-rounded lists of assist tools and rescue accessories to complement its EV0 3 rescue tools, including jacks, struts, wedges, lifting bags and more. You’ll have to put in a little elbow grease, that’s all.

DeWalt offers a variety of battery-powered saws that can be utilised in the fire service, including cutoff saws, chainsaws and reciprocating saws. To further retrofit the DeWalt chainsaw for the rigors of the fire ground, Super Vac offers a battery chainsaw conversion kit that turns this ordinary 16″ wood-cutting saw into a RIT or overhaul saw.

Makita offers a battery-powered reciprocating saw in the 40V XGT line, and in its 18V LXT line, Makita sells both chainsaws and recipro saws. The Makita chainsaw can be equipped with a Super Vac conversion kit that modifies the saw with carbine chain, modified bar and depth gauge, all designed for RIT or overhaul operations on the fireground.

Milwaukee offers the popular SAWZALL, as well as a chainsaw, which both deliver up to 150 cuts per charge. The Milwaukee chainsaw can be further modified for the fireground with the Super Vac chainsaw conversion kit to allow the saw to cut through asphalt shingles, hurricane glass, roofing materials and more.

When it comes to cutting, IDEX doesn’t dabble too much in the small saw game – but some might say the brand’s StrongArm tool can fit in this portable cutting category. The StrongArm cuts through 3/8-inch rebar, Grade 43 Chain and two-by-four wood, and it can also spread and breach doors.

Super Vac introduced the first-ever DeWalt battery-powered positive pressure fan to the industry in 2018. The fan operates off of dual 9.0Ah or 12.0Ah FLEXVOLT batteries. Available in a 16″, 18″ or 20″ model, the DeWalt-powered fan provides 40 minutes of run time (depending on battery selection) and 16,700-22,000 cmh (depending on model).

Super Vac offers two lines of Milwaukee fans, M18 and M28 battery-powered fans. Although Milwaukee is phasing out new M28 products, many fire departments still utilize these tools, so Super Vac developed an M28 lineup for compatibility with these tools. M28 batteries must be sourced through TNT, Genesis and Weber dealers that offer M28 rescue tools.

Last year, Super Vac introduced its 5.0Ah and 9.0Ah EWXT/E3 battery-powered 20″ fan to the market. Since that introduction, the fan manufacturer has added a 16 and 18″ variation. Per Super Vac’s special proprietary battery licensing agreement with IDEX, these fans and batteries are only available through authorized LUKAS dealers.

Finally, wait for it. Can we expect a EV0 3 battery-powered fan in the future? Maybe.

DeWalt offers a battery tripod that telescopes to 1.4m and offers variable brightness settings, up to 3,000 lumens. The light will operate for more than 11 hours on the lowest setting. Meanwhile, Command Light offers a 1.25mDeWalt-powered tripod with 2.27m telescoping reach. This tripod pairs with 10 different firefighter-favorite LEDs, featuring up to 28,000 lumens.

Makita offers a 1,100-lumen light and can provide up to 10 hours of light on this max setting. The light can be mounted on optional tripod. For higher lumens, Command Light offers 10 different Makita battery-powered tripod models, featuring the same fixture options, as well as tripod dimension as the earlier DeWalt model mentioned above.

IDEX recently introduced the Scout, a 14,000-lumen scene light that can be used to provide lighting when crews are extricating patients. Like Super Vac, Command Light also arranged a special agreement to power three of its tripods with EWXT/E3 batteries, including the T50-AX-BW, which features two Akron Revels for 28,000 lumens.

Makita pairs with Ogura, a 50-year-old Japanese manufacturer of rescue tools. The Ogura lineup includes 18V battery-powered combis, cutters, spreaders and rams and a battery-powered rebar cutter. The head or power unit of the Ogura’s RP Series can be changed at any time without disengaging from the work.

Powerhouse in hydraulic rescue tools, LUKAS, offers cutters, spreaders, combis and rams are powered by IDEX EWXT/E3 batteries. LUKAS is renowned for its eDRAULIC watertight line of rescue tools that can operate in heavy rain, high water or even under water. And with new E3 technology, LUKAS prides itself on performance diagnostics.