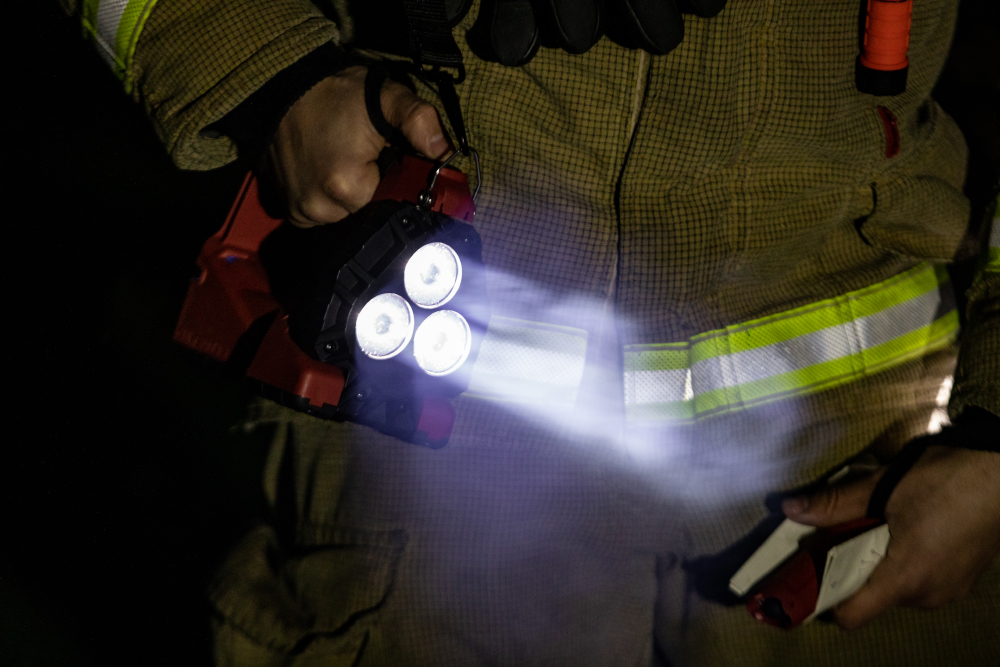 With the lightweight and portable VULCAN® 180 HAZ-LO® ATEX, leaders in emergency lighting Streamlight® have produced an essential firefighting and utility tool for first responders. The multi-functional and rechargeable high-performance lantern, designed for use in hazardous environments features a 24-hour run time on low, a 180° articulating head and two ultra-bright blue taillights for visibility in thick smoke.

The VULCAN® 180 HAZ-LO® ATEX is the ideal lantern for working in dangerous environments such as those with smoke, industrial hazards or inclement weather. Including a triangular-shaped face cap and rotating head, the light uses three white power LEDs for extreme brightness.

Speaking upon the announcement of its release, Streamlight® Vice President, Sales and Marketing, Michael F. Dineen said: “With its 180° articulating head, first responders and other users can aim the light beam precisely where it is needed for task lighting purposes. And because it is powered by a lithium ion battery, it is one of the lightest-weight lanterns in its category.”