Thinking outside of the box: Intelliclad talks external fire detection 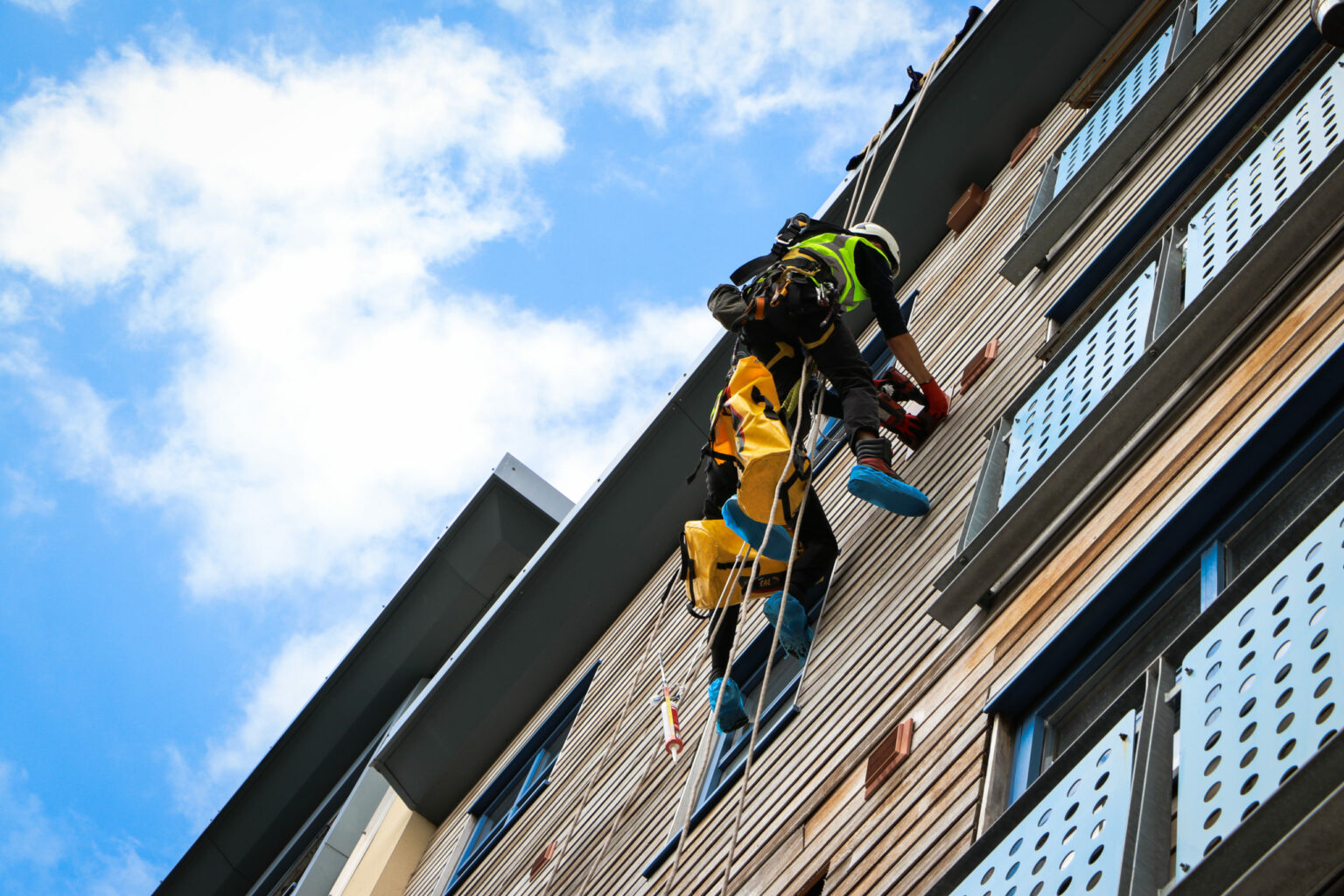 Since 2010, 60% of high-rise façade fires have started externally, with causes including discarded cigarette butts on balconies, external lighting malfunctions, air conditioning units breaking down and fires in bins. According to Ramtech, development partner of fire detection and alert system Intelliclad, there are an estimated 321,000 people living in high rise apartment blocks in the UK alone that are deemed to be unsafe because of the combustible external façade.

As Frances Maria Peacock noted in her report for Olympus Fire Safety on the Intelliclad solution, a fire which starts inside and remains inside poses far less of a risk of extensive because the compartmentation is maintained. A fire which starts externally or becomes external is far more likely to spread. Whilst it may have started internally, the Grenfell fire of 2017 brought to public attention the severe threat posed by a combustible façade.

Almost five years on from the disaster, thousands of residents are essentially trapped inside unsafe buildings they bought, leased or rented only after the fact discovering that due to the safety concerns made apparent by the tragedy, they are unable to sell or re-mortgage their homes as they are no longer insurable.

The cladding at Grenfell was of a type known as Aluminium Composite Material (ACM) which is essentially a polyethylene (PE) core sandwiched between two thin aluminium sheets. ACM is just one example of dangerous cladding, with other types found to be combustible and posing fire risks such as High Pressure Laminate (HPL).

Peacock pointed out in her report that although measures have been taken in some buildings to make them safe, many still await rectification and will do so for some time to come. “It is likely to be years before all the affected buildings have had the necessary work done in order to make them safe,” she said. “Residents live in constant fear of their lives, with many being unable to sleep in case a fire starts during the night and they do not wake up.”

Even with funding made available by the Government, progress is slow and on top of that many buildings are ineligible. As an interim measure, what is known as a “waking watch” has been implemented in buildings where a temporary change from a “stay put” policy to a “simultaneous evacuation” strategy has been introduced – incredibly, this essentially involves a person patrolling the building keeping a look out for signs of fire so that residents can be warned and the fire brigade alerted.

The system has been criticised for its lack of effectiveness, with reports of lack of vigilance from members of the watch. The idea of being reliant on a such a manual system in a world dependent on technology seems backwards – and so enters a more reliable technology-based solution in the form of Intelliclad.

Intelliclad is the recently developed alarm system, developed in partnership with wireless technology provider Ramtech, which works using smoke and heat sensors in the façade. The sensors are designed to detect a fire at the earliest opportunity and residents will be alerted through activation of the system’s alarm as well as alerting residents individually via a smart phone app. It can also be linked to the existing building management system and activate the main fire alarm within the building, which in turn automatically alerts the fire brigade and increasing response time.

Intelliclad works using a wireless system certified to EN54-25 which is designed to be integrated into the external façade of high risk buildings where combustible materials are present. The system uses smart sensors are fitted inside the cladding system and connect to a control system so that in the event of a fire, an alert can be sent to all residents via both a smartphone app and the main alarm system within the building.

It uses a cloud-based technology to give residents and the fire service information on the location of the fire and its real-time progress across the building as each sensor is aware of its location and can provide information as to exactly where on the façade the fire is located.

Tests have found that the sensors were activated at times of less than ten minutes before the cladding was breached by a fire, meaning that in a real life situation, residents would be given more time to leave the building than a traditional alarm of waking watch system.

Aesthetically, Intelliclad sensors can be colour matched to the existing cladding meaning that the appearance of the building will not be compromised. Battery life of the system’s sensors last three years and when the battery is getting low, the system gives a warning to let the building owner know that it needs replacing. The sensors are connected to each other in a mesh network and each communicates with other devices, meaning the system would still be capable of operating as normal if there is a dead battery in one unit.

Intelliclad has a dual-optic smoke sensor which prevents false activations so if it activates an alarm, it will only be in the case of a real fire. The alarm system has its own 96-decibel sounder – 10db higher than the 85db recommended for use outside of bedroom doors in flats.

In the concluding marks of her report on Intelliclad, Peacock called it the first alarm system which can be successfully used in conjunction with the ground-breaking research carried out as a result of Grenfell, which looked at the relationship between building design and fire spread.

She said: “Research showed that the overall shape, geometric form and architectural features of a building can influence the spread and behaviour of fire. Characteristics such as curves, columns, string courses and roof-top features including crowns and rims, have been shown to intensify and facilitate the spread of fire.

“The research has for the first time made it possible to predict the spread and behaviour of fire on a building if it has a combustible façade. This will allow the areas of the façade which pose the greatest risk to be identified and the Intelliclad sensors positioned accordingly. The last thirty years have seen several serious facade fires ignited by external sources, one of which resulted in a substantial loss of life.

“Fires which ignite externally as just as likely to happen as those which start internally and present just as much of a threat, especially if they result in the compartmentation being breached. From this point of view, an alarm system with external sensors is of considerable benefit.”

Speaking to Ryan Brough, Head of Operations at Intelliclad, he says the plan is to go down the route of speaking to insurers and lenders to say: early detection means early firefighting, and earlier firefighting means less loss. “We’ve installed so far into five buildings,” he tells. “Our first was in south London in Croydon – that whole building was covered in a render and expanding polystyrene system – imagine that on fire, it’s just not good.”

On their installation in in Southampton, he tells that the insulation and the plywood sheathing board behind that cladding was the problem: “I was speaking to the guy that surveyed that building and he said it’s the scariest building he’s ever come across. It’s got restaurants, a museum, it’s in a public square so people are probably putting their cigarettes out onto the cladding – imagine if those embers get in behind.”

And on Intelliclad’s aims for the future, he says it is very much about the people: “The real reason we’re trying to do this is to protect the residents. These residents through no fault of their own are going bankrupt because they can’t afford their fees and are stuck in a building that is unfortunately built dangerously.

“There are 1.3 million homes in the UK that are un-mortgageable and cannot get a valuation – so lets try and get the lenders back on board and get some of these houses sold. Otherwise, we’re looking at a housing crisis.”