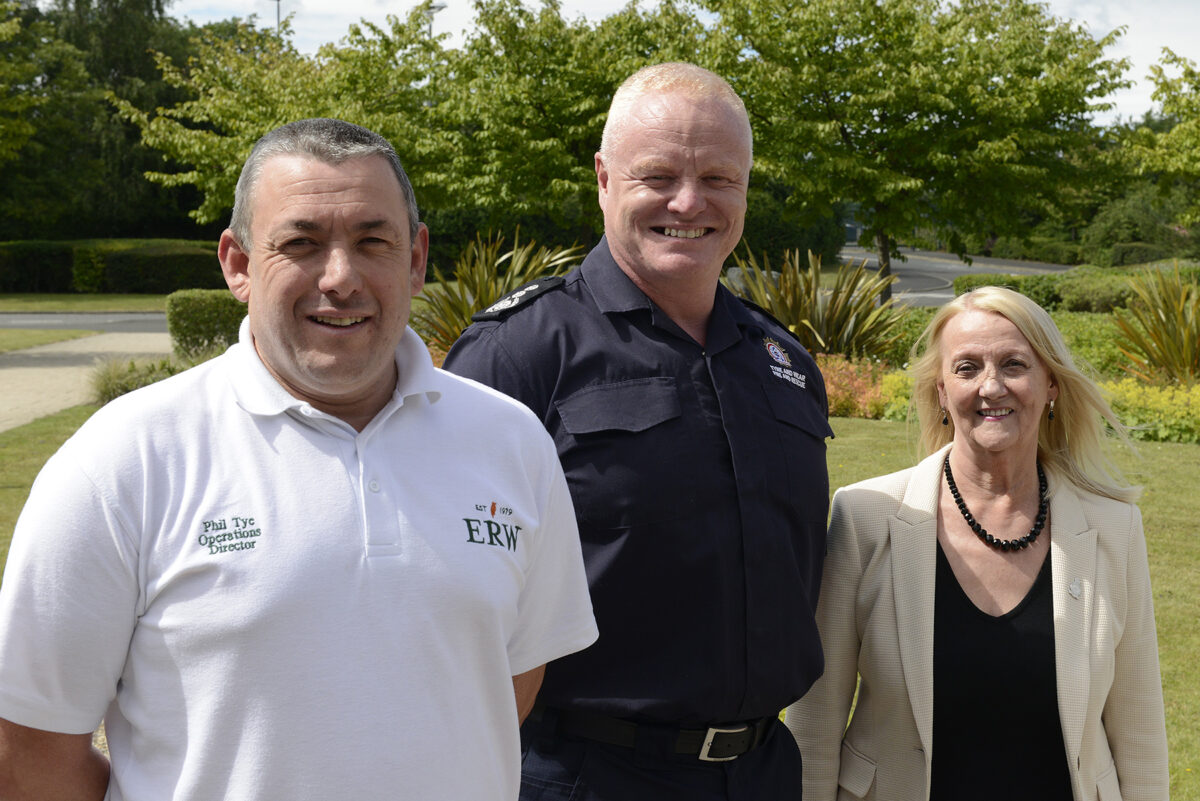 Tye will work with other members of the Fire Authority and Chief Fire Officer Chris Lowther to create a safe community for residents and businesses in Tyne and Wear.

Cllr Tye has been a Councillor in Silksworth since 2006 and replaces Cllr Tony Taylor who stepped down as Chair earlier this year.

Speaking about his appointment, Cllr Tye said he was looking forward to working with the Chief Fire Officer and getting to know the Service in more detail.

He said: “It is an exciting time to be part of the fire and rescue service and I am delighted to have been appointed Chair of the Fire Authority. Tyne and Wear Fire and Rescue Service is a great organisation that has a fantastic reputation at a both a local and national level.  I share their vision of creating the safest communities here in Tyne and Wear and look forward to the future.”

Cllr Carole Burdis, who represents the Valley ward at North Tyneside Council, was also appointed as the Authority’s Vice-Chairperson.

Other new members of the Fire Authority include:

Chief Fire Officer Lowther today welcomed the new members and said he will continue to work hard to deliver the best service to the communities he serves. He said: “I would like to extend a warm welcome to Cllr Tye, and all the new Authority members, from myself and everyone at Tyne and Wear Fire and Rescue Service.

“It is an exciting time to be a part of the Service as we are investing in new ways of working, new technology and people. There are also a number of challenges ahead of us but I look forward to working closely with Cllr Tye and the new members of the Authority.

“I hope that together we can continue to achieve our strategic goals and continue to create the safest communities across Tyne and Wear.”

The responsibility of the Tyne and Wear Fire and Rescue Authority is to ensure the Service performs efficiently and in the best interest of the public. It is made up of elected members from across Tyne and Wear, as well as the Northumbria Police and Crime Commissioner Kim McGuinness. The Authority hold public meetings on a monthly basis with a number of sub committees also taking place throughout the year.