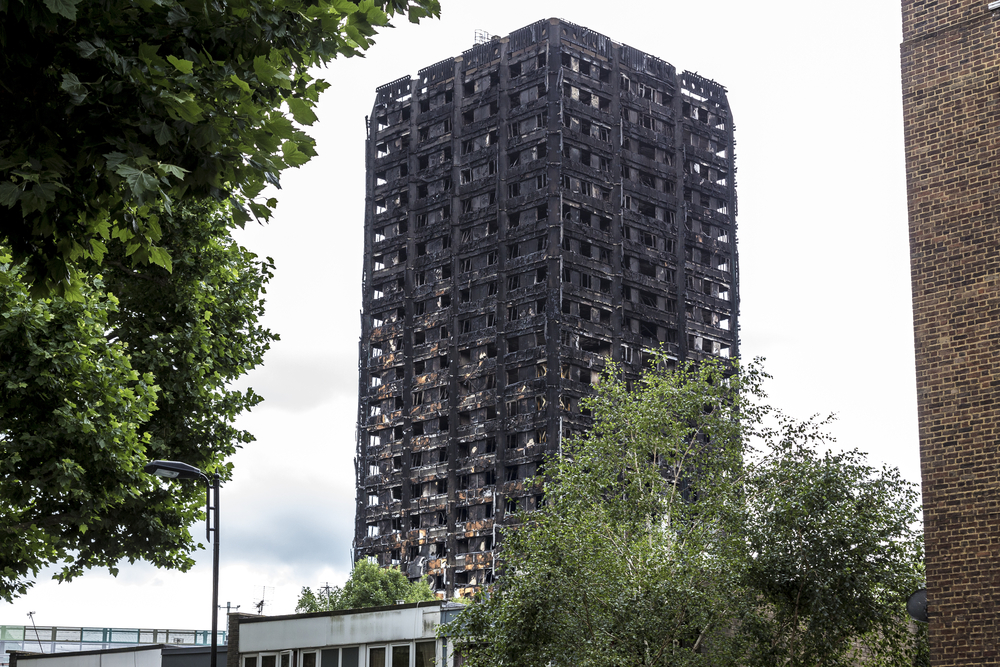 Today (14 June 2022) marks five years since the Grenfell Tower fire of 2017. The five year anniversary is being acknowledged by organisations from across the fire industry.

Grenfell United – a group made up of survivors and bereaved from the 72 people who died in the fire – are holding a Silent Walk which will begin at Notting Hill Methodist Church at 18:30, and participants are being asked to wear something green to show support. The group is inviting members of the community and anyone who would like to join to take part in Silent Walk, as “the community continues to heal and fight for justice”.

In a joint statement, the British Approvals For Fire Equipment (BAFE) and FireQual paid its respects to all those affected by the fire. Justin Maltby-Smith, Managing Director at BAFE also commented on the Building Safety Act: “Whilst many requirements of the new legislation will not come into effect until April 2023, it is important to begin working as if this is in effect now. This is due to the length of projects that will crossover this date, so it is in your best interest to, if not already, introduce a new regime regarding safe working and competency expectations behind this.”

“We also remember the brave and courageous members of all the emergency services who attended on the night and subsequent days, some of who still suffer Ill health and bear the mental scars of attending that traumatic incident.”

Matt Wrack, Fire Brigades Union general secretary, said: “Firefighters and the Grenfell community have a bond that was forged in tragedy, and the Fire Brigades Union stands in solidarity with all bereaved, survivors and residents. Today on the fifth anniversary of the fire, it is a time for reflection, and to remember all those who lost their lives, and the loved ones they left behind.

“Their legacy lives on in the fight for justice. The community have faced constant denials from those responsible for Grenfell being covered in cladding as flammable as petrol. They have faced a wait for criminal charges that continues to this day. They inspire us all with their relentless fight for justice and we continue to stand in solidarity with them every step of the way.”

London Fire Commissioner Andy Roe said: “Today as we mark the fifth anniversary of the Grenfell Tower fire, we remember the 72 people who lost their lives that night and our thoughts are with their family and friends, the survivors and the Grenfell community.

“I have found the strength and dignity that the Grenfell community has shown in the face of such terrible loss humbling and inspiring.

“I give my commitment that we will continue to listen and make changes to our service and work to drive improvements in the built environment to ensure such a tragedy can never happen again.”

Mark Hardingham, NFCC Chair, commented: “It is hard to believe five years have passed since the devastating fire at Grenfell Tower.

“Today I will be taking time to reflect on the tragedy and remember the 72 people who lost their lives, those who were injured, along with the community who continue to be impacted by the terrible events that evening. The inquiry is ongoing and we continue to hear evidence which has been distressing for everyone involved. I hope that the findings will bring much-needed answers for families and friends.”

“We continue to work with government and fire and rescue services to improve how they respond to fires and the building safety regime, and ensure people feel safe in their homes.

And Dave Badillo, a firefighter who was one of the first on scene at the tragedy five years ago told the Guardian: “I truly believed Grenfell would be a turning point in the future of fire safety and building regulations in this country.

“But five years on, every time the bells go down I pray it’s not a high-rise fire. Because there’s a real chance it’s wrapped in flammable materials, and its fire doors and door closures aren’t compliant, a list of vulnerable residents is absent and there’s just one smoke-filled escape route. This leaves me helpless to rescue all the desperate families screaming for help.”