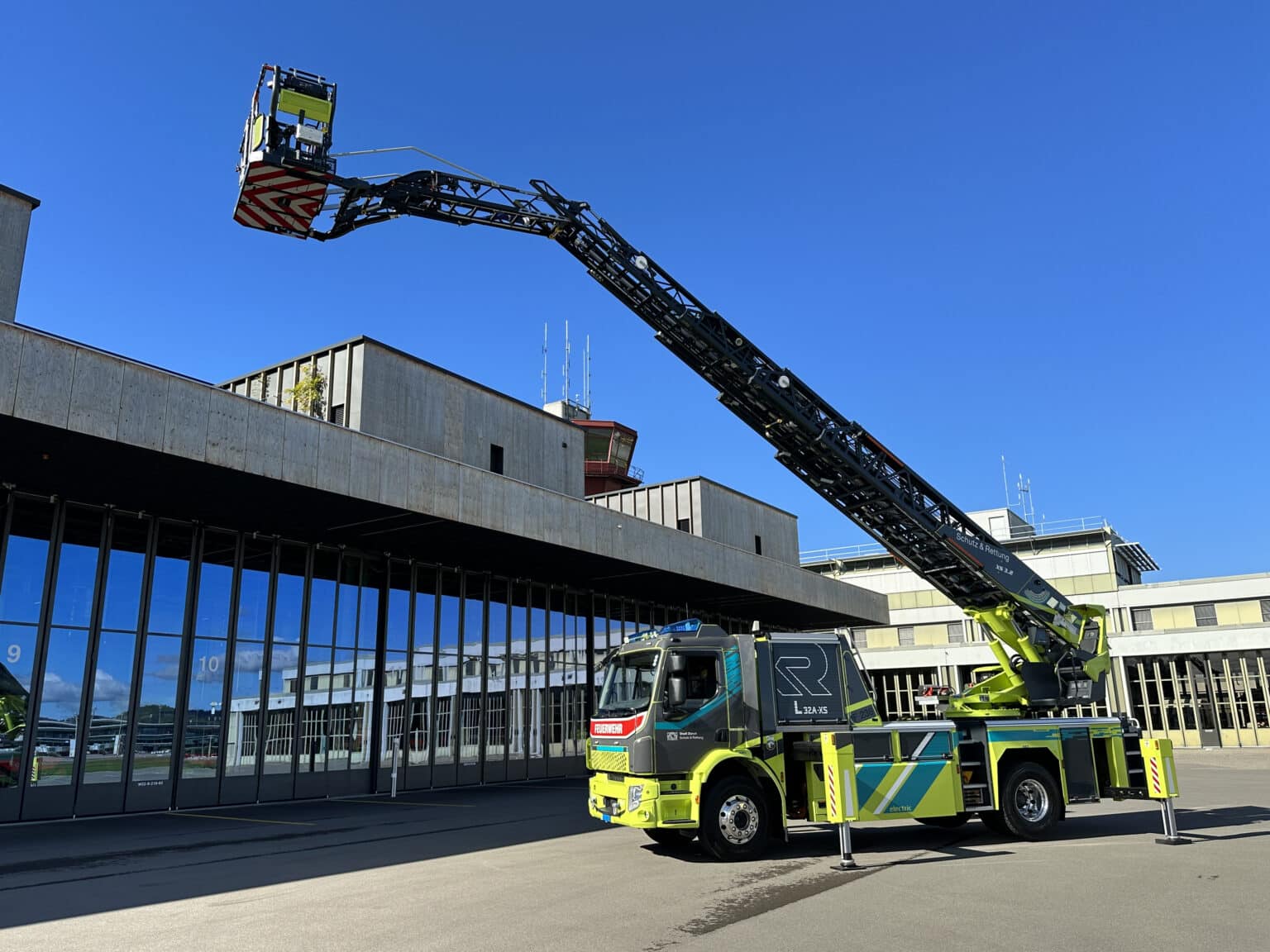 Used for fighting fires, rescuing people and animals, providing assistance in severe weather, rope rescue, dealing with bees and other services, the new electric automatic aerial ladder (L32A-XS electric) will be put to the test when Schutz & Rettung Zürich (SRZ) uses it as an additional automatic aerial ladder as part of a pilot project.

The electric automatic aerial ladder, made by Rosenbauer, is powered by electricity from three lithium-ion batteries. The ladder should be no different from conventional models as far as operating it is concerned. It is also designed to be quieter. However, the top prority is making sure that SRZ can perform its fundamental mission of protecting and rescuing the people of Zurich at all times, without any restrictions.

The vehicle previously showcased at the Interschutz trade show in Hanover will remain available for training and familiarizing firefighters until it is incorporated into deployment scheduling (sometime around the end of November).

The vehicle will then be deployed on real-life operations both in the urban area of Zurich and in the airport region as part of a year-long pilot project, delivering valuable information on how it performs when used on day-to-day calls by a fire department. This could provide significant insights that can subsequently be used to optimize the procurement of emergency vehicles with alternative drive systems.

Gebäudeversicherung Zürich (GVZ), a buildings insurance organization, is supporting the pilot project in its capacity as the organization with overall responsibility for fire services in the canton of Zurich and a key partner to SRZ.

Markus Zellinger from Rosenbauer Schweiz AG, commented: “We are delighted to be implementing the first all-electric aerial ladder in collaboration with our customer, Schutz & Rettung Zürich (SRZ), and to have handed it over for trials. The top priority during development of the aerial ladder was functionality.

“We wanted it to be just as functional, powerful and reliable as the established standard aerial ladders while also being equally easy to use and maintain and offering the same level of spare parts availability. That is why we used only high-quality OEM components.”