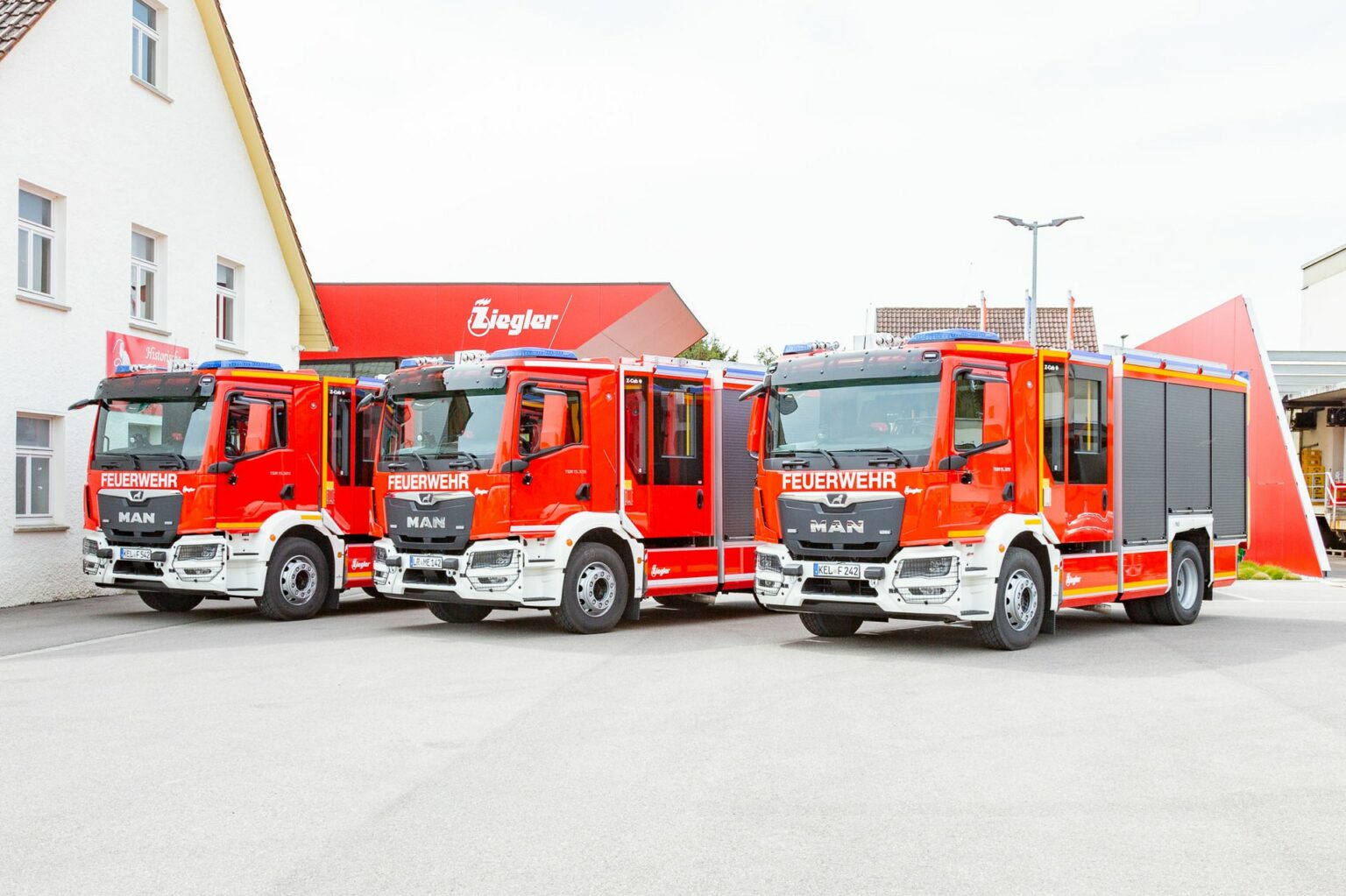 ZIEGLER has delivered the second batch of the total of six LF 10 with ALPAS and Z-Control of the latest generation to the fire departments of the city of Kehl and the municipality of Meißenheim on 24 June.

ZIEGLER was awarded the contract within the scope of inter-municipal cooperation after the tender and the demonstration of the vehicle at the beginning of 2021. Four of these vehicles were delivered to the city of Kehl and two to the municipality of Meißenheim.

The six identical vehicles are built on a MAN new TG chassis. As a result, the fire departments are now in the possession of new compact and manoeuvrable vehicles with a low centre of gravity, favourable extraction height and extensive equipment. In addition, 2,500 litres of water are available for firefighting operations.

The control and pump operation works via Z-Control of the latest generation. The operation of the vehicles with the new operating concept of the ZIEGLER Group is simple and self-explanatory, which is why it is very popular with fire departments worldwide and has become indispensable for the operation of a firefighting vehicle.

This could also be seen in the reactions of the firefighters from Kehl and Meißenheim on site: Familiarisation with the operating concept was easy for everyone involved, and within one day the firefighters had been trained and were then able to transfer the vehicle to its new home.