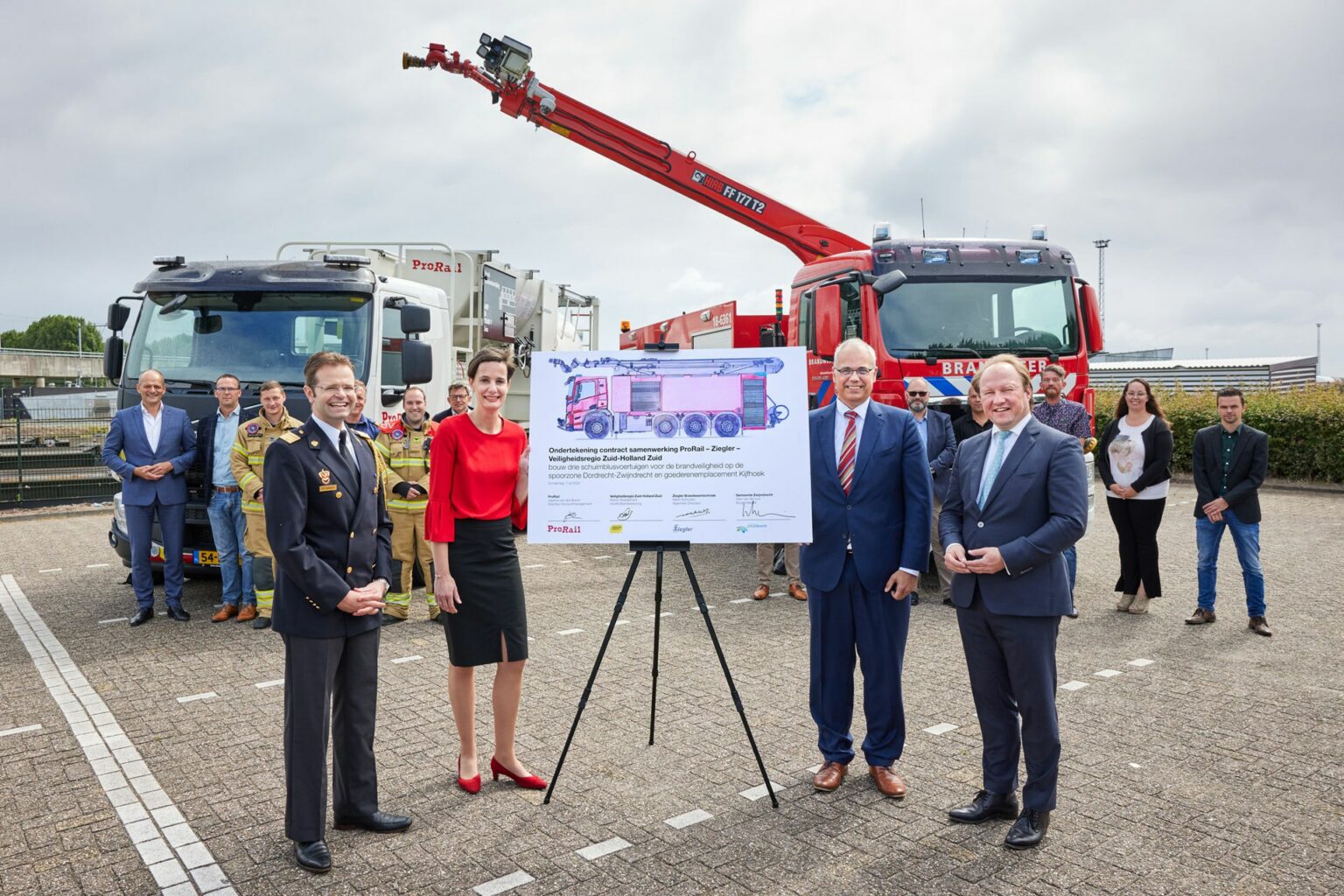 Ziegler has announced that it will deliver three industrial firetrucks to the Safety Region Zuid-Holland Zuid (VRZHZ) and ProRail for Kijfhoek railway zone and rail zone Dordrecht.

Ziegler Brandweertechniek will build the three industrial firetrucks in an important step to improve the security at the yard Kijfhoek in Zwijndrecht.

At the beginning of June, the contract was signed by VRZHZ, ProRail, the municipality of Zwijndrecht and Ziegler Brandweertechniek B.V.

The new industrial fire trucks are faster, more manoeuvrable, more economical and are prepared for the use of more sustainable (fluorine-free) types of extinguishing foam. The fire trucks, which are thoroughly tested and have more extinguishing capacity, are intended for both the yard Kijfhoek and the rail zone in Dordrecht and Zwijndrecht, ensuring there will always two vehicles available for both areas.

Mayor Hein van der Loo of the municipality of Zwijndrecht said: ”The purchase of these industrial firetrucks is one of the measures to make the Spoorzone and Kijfhoek even safer. These vehicles allow the fire brigade to fight an incident safely and quickly. That is in the interest of all of us. It is now up to our partner Ziegler to deliver the fire trucks on time.”

The industrial firetrucks are to be completely engineered and manufactured in the Netherlands by Ziegler in Winschoten. The production process will takes approximately 12 months. After the production, there will be an extensive quality check and practical testing. The entire process takes about 24 months to delivery.