Ziegler to deliver Z-Class with HYBRIDdrive to Cranfield Airport 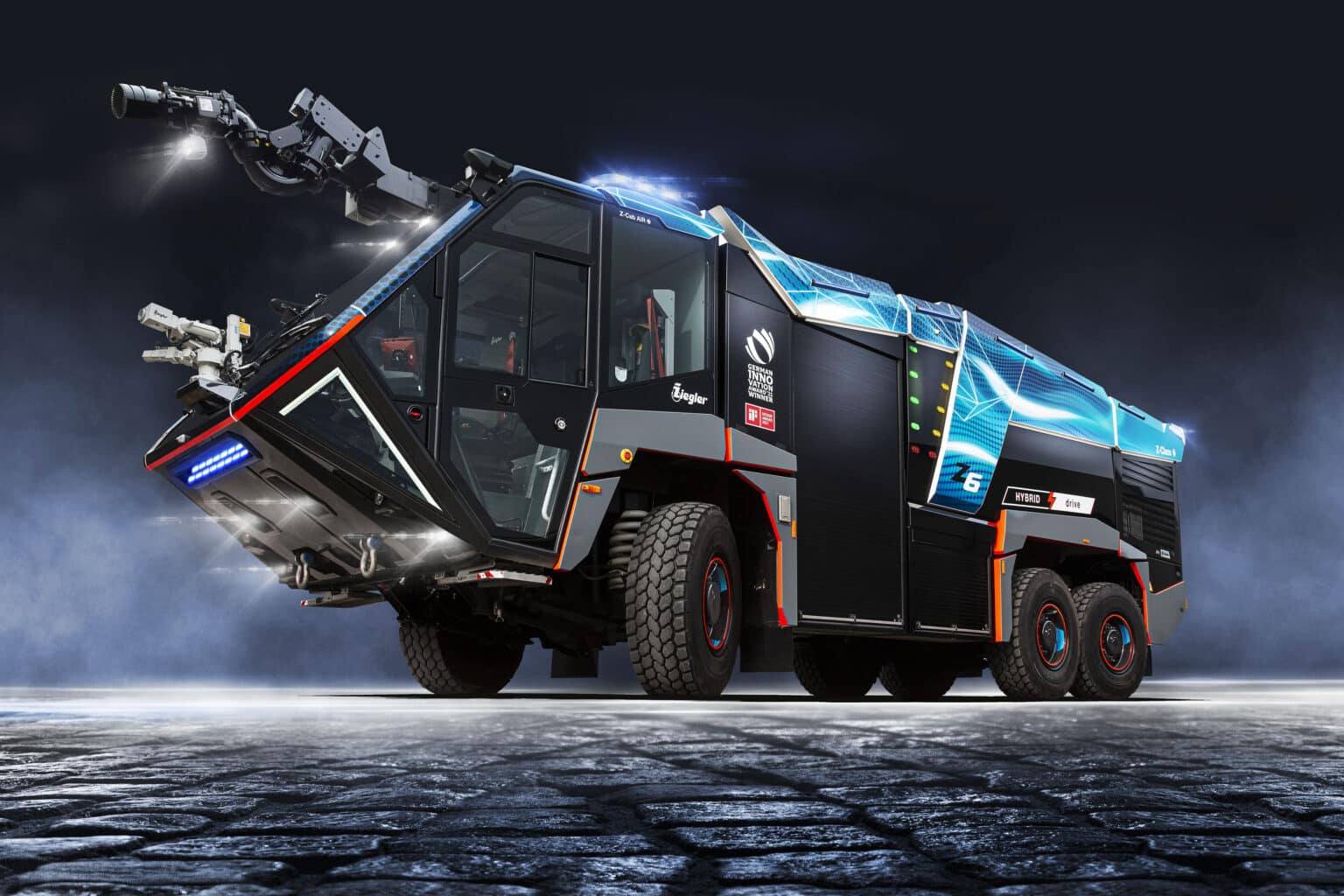 The ZIEGLER Group has received the world’s first customer order from Cranfield Airport, owned by Cranfield University, for the delivery of an ARFF with HYBRIDdrive Technology.

ZIEGLER said it received the order three months after the announcement of the  market launch of the Z6 HYBRIDdrive  in June 2022.

The Z6 HYBRIDdrive from ZIEGLER is built on a Titan T39-770 6×6 chassis, which can be operated in three modes: purely electric, hybrid with electric and combustion engines, and purely conventional with a Stage V engine.

The hybrid design means that emissions can be significantly reduced, whilst in an application situation where a quick reaction is needed the maximum power of up to 1,150 hp, with an acceleration of 0-80 km/h within 25 s, can be called up.

Angus Yan, CSO of the ZIEGLER Group said: “It is the perfect concept for the future of fire protection at airports and combines the best of both worlds: the vehicle contributes to achieving the goals of ‘Green Airports’ and also offers maximum performance in operational situations.”

The award of the contract contributes to the ARFF sector in general thanks to the implementation of the latest, state-of-the-art technology from ZIEGLER and strengthens the decarbonization activities of Cranfield Airport.

Rob Abbott, Director of Cranfield Airport, commented: “Cranfield Airport is known for pioneering projects like this. For example, we have installed a ‘Digital Air Traffic Control Centre’, are working on the integration of unmanned aerial vehicles and are paving the way for the future of electric and hydrogen-powered aircraft. The procurement of the new Z-Class with hybrid propulsion is another milestone on our agenda for the zero-emission aviation we are striving for.”

The new Z-Class with HYBRIDdrive Technology at Cranfield Airport is produced at the ZIEGLER headquarters in Giengen an der Brenz and then sent to Venari, exclusive ZIEGLER partner in the United Kingdom, West Yorkshire Venari will also provide the relevant post-delivery services.

Venari and ZIEGLER have been working together since 2021 to actively introduce the Z-Class to the British market.

Oliver North, CEO of Venari said: “The launch of the Z-Class in the UK in 2021 has brought much-needed competition to the UK aviation industry at a time when innovation was needed. With its high quality and innovative strength, ZIEGLER has responded to the demand for new technologies that enable airports to be even more efficient and at the same time achieve higher environmental goals.”

Fabian Schmidt, product manager for airfield fire engines at ZIEGLER, added: “After years of continuous development of our Z-Class, we are confident that our new Z6 HYBRIDdrive will prove to be a favorite for UK airport fire and rescue services, not only to meet environmental targets but also to improve overall operational efficiency.”