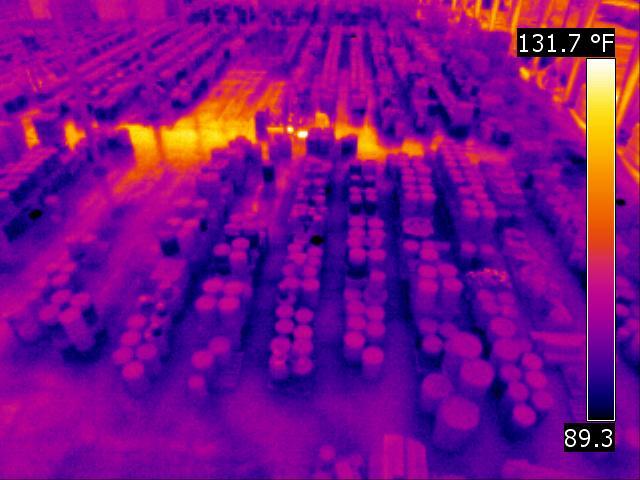 Fires that are not caught early or extinguished can quickly cause serious financial, environmental, and commercial distress for a company, as well as distress to the community. Structural fires are burning faster than ever. A shift to synthetic materials and open floor plans in residential construction has dramatically increased the rate at which fires progress.

Modern rooms can flashover in under four minutes, an alarming contrast from the previous 30-minute mark experienced in older construction. Occupants used to have an average of 17 minutes to evacuate; now they only have a four-minute window to get out.  The potential cost of structural fires results in a heavy burden, which means many companies prioritise preventing or mitigating potential fires at all costs. As such, having the right equipment is imperative.

Most current fire systems are designed to contain a fire once it starts, such as sprinklers, extinguishers or ventilation. However, these aren’t always the most effective solutions for each company, and a fire that has already started can often be avoided by putting the appropriate plan in place. Early fire detection is key to give a company the time to react appropriately.

By employing a system that allows companies to avoid fires or stop them before they spark can save lives, save money and prevent downtime for a business. For this reason, many organisations are now looking for an alternative solution that can alleviate any potential danger of fire, rather than wait for the fire to start before acting. So, what equipment can help prevent the breakout of a fire?

Fire is caused by rapidly increasing and excessive heat. As the heat on an object continues to rise, it eventually bursts into flames, combusts and has the potential to spread quickly to other areas. However, if a fixed-mount thermal imaging camera is trained on the target area, temperatures can be constantly monitored to catch the rising heat before the target combusts and the fire can then either be avoided or can be attacked at its source before it gets out of control. FLIR fixed-mount thermal cameras provide live temperature data updates up to 60 times per second to find rapidly heating areas before they catch fire.

These thermal smart cameras use built-in software to isolate regions of interest (ROIs) and report minimum, average, and maximum temperatures from the regions the user creates. Live data can be analysed internally by the camera to report unfavourable conditions or be connected to other devices such as PLCs and computers to implement additional fire prevention action. Some companies choose to create more advanced solutions by assembling custom early fire detection solutions with FLIR automation cameras.

These systems can send out alarms at early signs of rising temperatures, allowing companies to save stockpiles of assets or turn off equipment that is following a trend of catastrophic failure.  In the event a fire does happen, thermal imaging cameras (TICs) see through smoke, offering invaluable situational awareness while evacuating or searching for victims.

Choosing the right thermal camera model is often a complex exercise of spec comparisons, such as image resolution, camera sensitivity, and temperature range. FLIR offers a range of fixed-mount thermal smart cameras with built-in software for analysis and alarming. Monitor assets by configuring up to 10 ROIs using measurement shapes such as spots, boxes, or custom drawn areas in the frame using an easy-to-use web-based configuration window.

Uncompromised data is repeatably and reliably generated from thermal detector arrays in either 320 × 240, 464 x 348, or 640 × 480 options offering up to ±2°C (±3.6°F) accuracy within temperature ranges of -40°C to 2000°C (-40°F to 3632°F). FLIR thermal cameras can be tailored to your application: select manual or automatic focus or change the lens when the field of view needs to be modified. Thanks to its unique lossless compressed radiometric output, these cameras avoid overburdening processors. They also add value to your system by pairing a built-in visual camera and LEDs in partnership with the infrared camera.

By using thermal imaging cameras to detect rapid heat generation, the safety of workers and visitors within the building is maintained. This gives everyone the confidence that avoiding a fire is a priority and assures them that plans have been set in place to maximise fire safety. Monitoring valuable assets temperature over a long period of time could also provide valuable data to the asset owners.

For example, if the temperature of a woodchip pile is known 24/7, spontaneous combustion could be avoided long before the temperature even starts to rise due to the temperature data of the pile being closely monitored. Knowing the assets temperature is also valuable data when deciding on when to send it for incineration. The earlier you detect a fire, the risk of business downtime, structural damage to the premises and threat to human life is reduced.