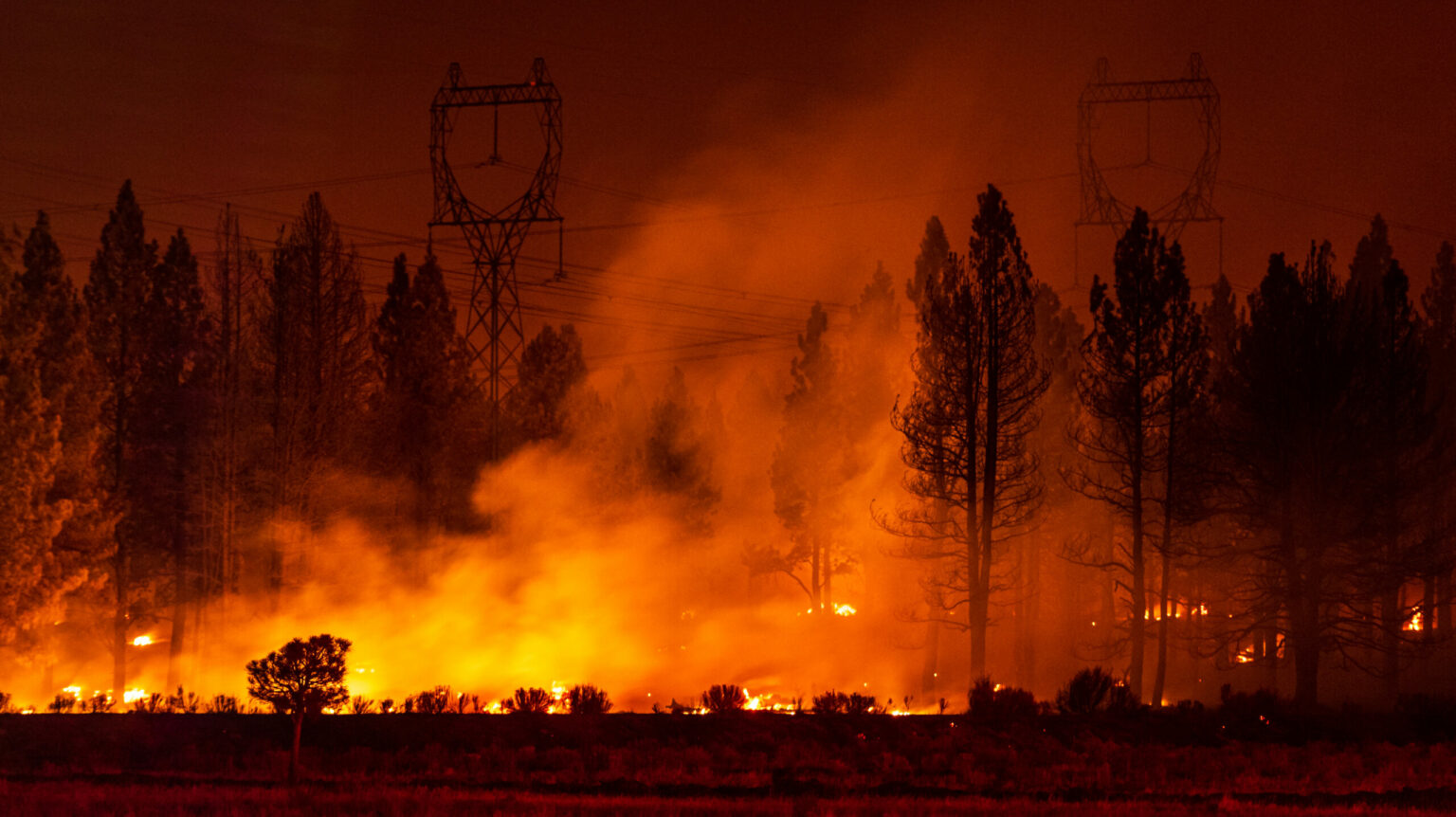 Joel Wright, President and Co-Owner at FOL-DA-TANK, speaks exclusively with IFSJ about the company’s portable water tanks and the challenge to supply water for firefighting in rural areas.

Manufacturer of portable water tanks and tank accessories for firefighters and environmental first responders, FOL-DA-TANK, was founded in 1954. Its founder Giles Eldred worked in the business loan department of a small bank in Rock Island, Illinois, in the early 1950s, when he met a customer who was applying for a loan to start a company that repaired fire trucks.

In the conversations that Eldred had with this customer regarding the firefighting industry, the issue of providing water was a common topic. In some rural areas where fire hydrants were not available, firefighters were staging water in temporary water reservoirs fashioned out of extension ladders tied together in a square with a canvas tarp draped over them.

The problem faced by these emergency responders stuck in Eldred’s mind, and he began to wonder if there was a more efficient way to create a temporary water storage container. One day, when he was folding his daughter’s playpen, he got the idea for a folding tank that could easily be stored on a ladder rack in a fire truck. He started the company under the name FOL-DA-TANK.

After 68 years in business, the company makes several styles of portable water tanks and specialty water moving strainers and fittings needed to move large volumes of water at rural structural and remote wildland fire scenes. IFSJ caught up with Joel Wright, FOL-DA-TANK’s President and Co-Owner to discuss the rural firefighting challenge that is water supply.

Prior to acquiring FOL-DA-TANK in 2020, Wright was the CEO of MoboTrex, Inc. which manufactures and distributes equipment for traffic signal intersections throughout North America. “My engineering background and early career experiences as a project manager and process engineer formed my foundation for the leadership and business skills I have built throughout my career,” Wright tells.

Mobile water supply systems assist rural, structural and remote wildland firefighters by containing water at the fire scene. Rural structure fires are often miles from the nearest hydrant and tankers cannot carry enough water to extinguish a large fire. Instead, portable drop tanks need to supplement the water supply which can be refilled by shuttle tankers. A growing issue is that remote wildland fires are fast moving and far away from municipal water sources.

“A recent use case involves protecting high voltage transmission lines in a remote and mountainous area of Utah with nearby wildfires,” tells Wright. “The power company purchased several 1360-litre helicopter tanks which will be flown full of water directly to a staging area near each tower. Crews will use the water to create a fire line around the tower thus protecting it from damage. As the fire moves, the tanks can be re-filled and staged at towers where the fire may potentially burn.”

As rural fire departments are staffed by volunteers who have regular fulltime jobs, he points out that finding time to train volunteers on the best practices for complicated fire trucks and the related mobile water supply equipment is a huge challenge for the industry: “Manufacturers are always on the lookout for ways to add value by making the equipment easier and safer to use. “One thing FOL-DA-TANK has invested in recently is creating ‘how-to’ videos for the products we manufacture,” he says.

Rural settings often have narrow roads and other limiting space constraints which is why FOL-DATANK offers a single lane tank kit for use in these locations. “The standard single lane tank is rectangular in shape compared to the original square folding frame tanks,” describes Wright. “A 9500-liter tank is typically 4m by 4m square whereas our diamond shaped second generation single lane tank is 6.7m long by 2.4m wide.

“The 1.6m width savings clears valuable roadway allowing emergency vehicles to pass in and out of the fire scene. Single lane tank users couple the tank with an aluminium 90 degree elbow attached to the suction inlet on the fire truck and to a hard suction hose which runs to the single lane tank.

“The hard suction hose is connected to a low-level drafting system permanently mounted to the tank. The flange mount plate is designed to stabilise the inner/outer flange set. The plate mounts to the tank frame and the flange set goes through the tank wall. Inside the tank and fastened to the inner flange is a low flow strainer which can maintain maximum pumping capacity down to 40mm-50mm water depth.”

Global demand for mobile water supply systems is on the rise because of an increase in wildfires and the desire to protect land and property. The length of the annual fire weather season has increased on average globally as has the frequency of days with extreme fire. While hotter, dryer weather can facilitate increased fire activity, human fire management policy of past decades is also a root cause.

Wright says that land use, fire mitigation and prevention policies have increased the fuel available for wildfires causing them to burn hotter and over larger areas. “As we learned at Interschutz, truck builders outside of North America are just beginning to offer auxiliary water tanks on new truck builds,” he says. “Firefighters in Europe who visited our stand were eager to understand how this system could deliver more water to rural structure fire scenes. We expect international growth as the word spreads.”

When FOL-DA-TANK was purchased from the founding family in late 2020, Wright says the new owners and management team brought some fresh perspective. “As we were meeting customers, conversations naturally led to stories about how our products were used and what worked well and what didn’t. We made a series of improvements to our original folding frame tank design including: the Rapid Release mechanism; Hi-Vis drain sleeves, the Jumbo Drain; and the flange mount plate.”

The Rapid Release mechanism is a slim profile device built into the tank frame. It firmly holds the drain sleeve in place and releases easily with one swift motion. “It was important to firefighters that this mechanism could be operated with gloves on,” he explains. “Hi-Vis drain sleeves are made from the same heavy duty PVC vinyl as the tank liner, but with a contrasting color. The problem solved is much better visibility at night.”

FOL-DA-TANK’s jumbo drains are bigger versions of its standard drain sleeves and drain leftover water from the tank six times faster than the standard size sleeve. “This can be vital in grass fires when a wind shift demands a fast relocation of equipment,” says Wright. “The flange mount plate is a permanent through wall flange set on a folding frame tank. The device connects two tanks or a low flow strainer which eliminates running a hard suction hose over the tank frame.”

Since the ownership transition and changes in management took place in November 2020, Wright says that FOL-DA-TANK has focused on three areas in our core firefighting market: providing reliable supply; winning at the point of sale; and driving demand for innovation.

“One of our favourite success stories is reducing lead time from 45 days to less than 10 days and then sustaining it for 10 consecutive months so far,” he tells. “Another is the introduction of our Rapid Release mechanism for the drain sleeves on frame tanks. The device has been very well received by experienced firefighters who have used our products for decades.”

On future plans, he reveals this includes growth through acquisition into the first responder market: “We have an excellent operating team and manufacturing infrastructure with capacity to do more. Our ideal target is to purchase a company that manufactures lose equipment sold through our existing distributor network.”

Finally, Wright talks about the importance of durability and functionality, something he says the company’s founder understood well when he first designed the folding frame tanks. “A nearby customer recently replaced their department’s two 30-year-old tanks which were still functioning but in need of patches and other repairs,” he tells.

“While the local government was thankful the tanks had outlasted the original fire trucks on which they were originally supplied, the fire chief was even more appreciative of the design enhancements made over the 30 years.

“He liked the new Rapid Release mechanism for the drain sleeves, hinge guards at the pinch points on the frame, lift handles in the liner to move residual water to the drains, and our hi-vis drain sleeves made from contrasting colours of vinyl. FOL-DATANK has a solid design concept and culture of innovation. We welcome the voice of the customer and are thrilled when our team makes improvements to an already outstanding product.”