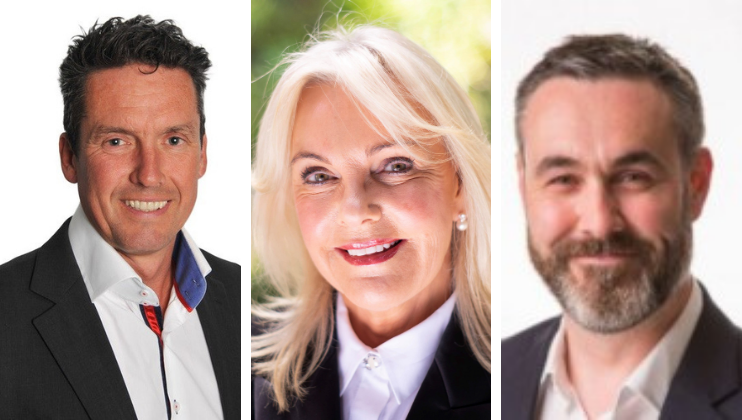 Like many calendar of events this year, the 2020 The Fire Fighters Charity AGM went online, with company members, trustees and directors meeting via Zoom on Wednesday 18 November. Business on the agenda included appointing three new members to the Board of Trustees.

Graham Floyd joins as the new Lead Trustee (Digital). A Chartered Project professional who specialises in digital transformation and delivery, Graham’s career began in the Royal Air Force, before he joined the NHS and went on to support public and global organisations as a management consultant.

Ruth Powell joins as Lead Trustee (Digital Development and Marketing). Ruth’s career in sales and marketing began at Apple and she continues to work at business development director level in technology and healthcare industries. Her brother is a firefighter in Sydney’s National Forest, so she is passionate about supporting the fire services community.

The AGM also marked the end of Andrew Lynch’s time as Chair of the Board of Trustees, after four years at the helm. Fire Fighters Charity sat down with him last week to reflect on his time on the Board and hear his aspirations for the future of the charity. You can read our interview with him here.

Paul Fuller, Chief Fire Officer for Bedfordshire Fire and Rescue Service was also confirmed as the new Chair of the Board of Trustees, effective from Thursday 19 November.

Jane Nicklin has also stepped down from her role as a member of the Board. Qualified physiotherapist Jane brought extensive experience from her work in healthcare and specialism in neurological conditions.

Finally there was cause for celebration, as Alan Holmes was presented with his Life Patron Award. Alan joined Tyne and Wear Fire Service in 1965, where he served at every operational rank up to and including Deputy Chief Fire Officer until his retirement in 2009.

At this point he wholeheartedly agreed to take up the role of Regional Co-Ordinator within the then-newly-formed Charity structure, where he has remained to date, the longest serving of these voluntary roles. Congratulations, Alan, on your Life Patron Award.