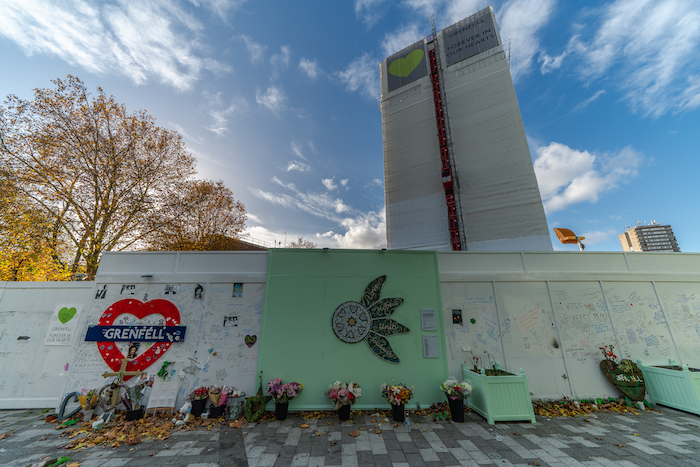 THE FIRE Protection Association (FPA) and the Association of British Insurers (ABI) ‘broadly welcome the proposals’ – in their response to the consultation on the Regulatory Reform (Fire Safety) Order 2005 [FSO] – but believe there are ‘areas’ where the government ‘should go further’.

In June 2019, the Home Office launched a call for evidence relating to the FSO alongside a government consultation ‘seeking views’ on the FSO, which ‘underpins fire safety in non-domestic premises’, with both employers and business owners being asked for their perspectives. The call for evidence had come as part of the changes being made since Dame Judith Hackitt’s review of building regulations and fire safety was published in May 2018.

An analysis of responses was to be published and ‘inform the government’s next steps’, and the call for evidence ‘complement[ed]’ the Building a Safer Future consultation, which ‘outlines how the government proposes to take forward meaningful legislative reform in the building safety regulatory system’.

In March this year, as part of its announcement on the Fire Safety Bill, the government published a summary of the responses received in the call for evidence, whereby it ‘invited views on the application of the FSO and sought to identify any changes that might be needed and how they could be best achieved’.

Some respondents identified areas where the FSO ‘could be amended to provide greater clarity’, though most agreed its ‘scope and objectives […] remain appropriate for all regulated premises’. Additionally, most also agreed that the FSO should ‘retain its focus on protecting lives over property’, and that it ‘should continue to provide a framework for a risk-based and proportionate approach to regulating fire safety’.

The government concluded by noting that a consultation ‘will be held later in the year on proposals and next steps’, which was launched in July ‘seeking views on proposals to strengthen’ the FSO and the regulatory framework ‘for how building control bodies consult with fire and rescue authorities’, as well as on how to ‘implement Grenfell Tower Inquiry recommendations’.

This was open until 12 October 2020, with the government ‘determined to continue to learn the lessons from the Grenfell Tower fire’ as well as ‘reform building and fire safety to ensure that such a tragedy can never happen again’. The consultation’s proposals include strengthening the FSO to ‘improve compliance’ and implementing the inquiry’s first phase recommendations requiring a law change and ‘new requirements’ on building owners and manager of multi occupant residential buildings.

Finally, the consultation proposes that the government ‘strengthen the regulatory framework for how building control bodies consult with fire and rescue authorities and the handover of fire safety information’.

Both organisations noted that while they ‘broadly welcome’ the proposals put forward by the government, ‘which should help to improve fire safety’, there are ‘areas where we believe the government should go further in order to effectively address fire safety issues in the current buildings regulations regime’.

The FPA and ABI noted that it is their belief that ‘the definition of high-risk buildings should go further and include a wider range of buildings’, specifically those 11m or taller and those with vulnerable occupants, such as care homes and schools. The two also ‘strongly believe’ that ‘considerations of risk should not be driven solely by a specific trigger height’, but should ‘reflect the risk and vulnerability of the building and those within it’.

Concerning proposals made about building maintenance, both organisations said that ‘we would like to see the use of independent third-party certification as an indicator of competence and quality for the companies and individuals involved in the maintenance of fire protection equipment and systems’.

On false fire alarms, the FPA and ABI said that evidence ‘demonstrates that the installation of high integrity fire alarms would be a more effective measure to reduce the level of false alarms, as opposed to charging responsible persons or duty holders’. Such alarms mean most fire and rescue services (FRSs) ‘do not require other verifiable information of a fire to respond’, and their use ‘could significantly reduce’ the number of false alarms attended.

This in turn would enable FRSs to ‘focus their resources to actual fires and reduce the damage that occurs’. Finally, the two organisations disagreed that installing sprinklers in buildings ‘should continue to be guided by fire risk assessment’, and ‘are calling for mandatory sprinkler installation in newly built, high risk buildings such as warehouses, care homes and schools, no matter what the height of the building’.