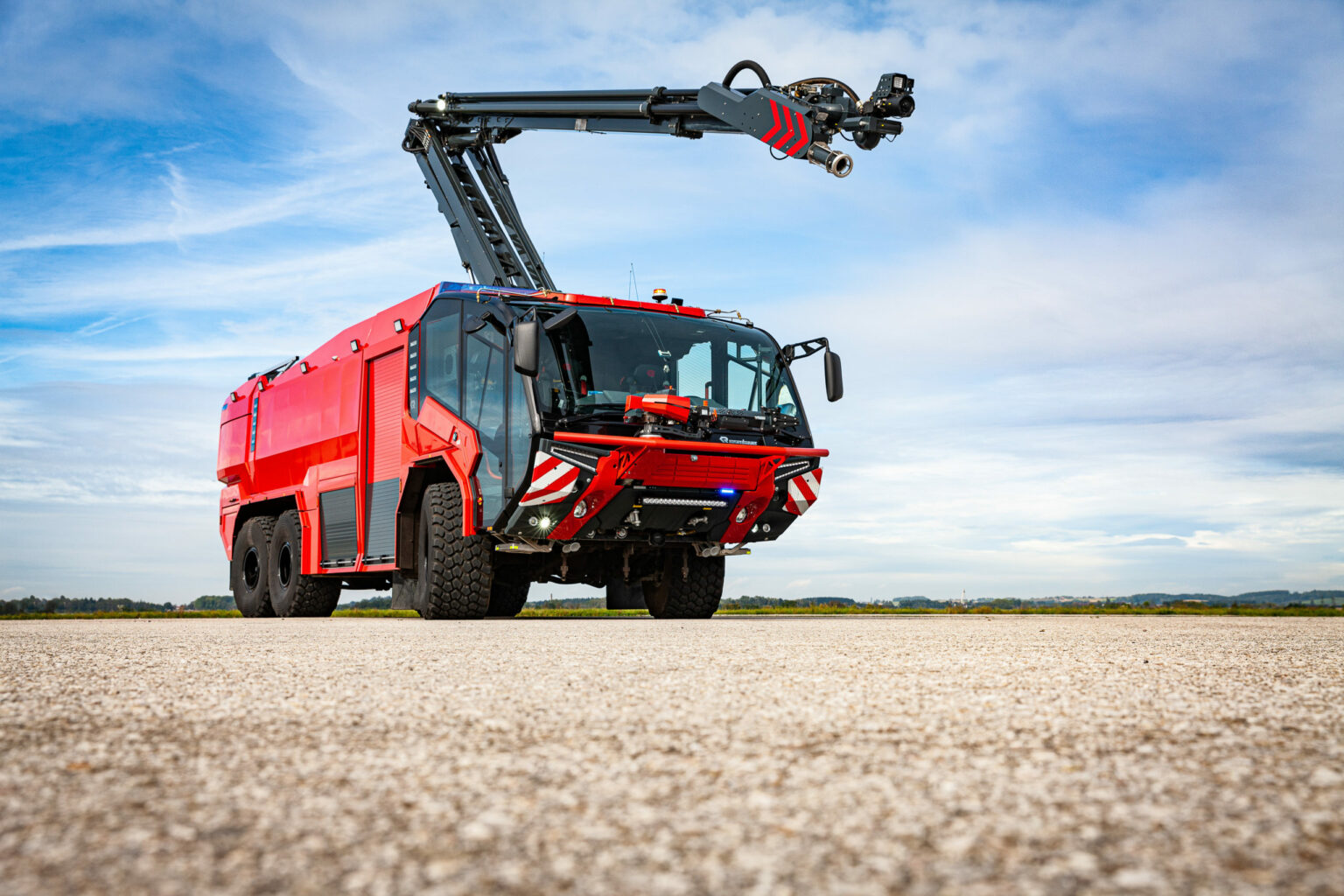 Rosenbauer have received a major order from Spain just before the end of the year. Airport operator AENA ordered 22 PANTHER 6×6 vehicles, including a multi-year maintenance contract. The vehicles are destined for twelve of the largest airports in Spain and will be delivered by the end of 2022. The Spanish airport operator ordered an additional seven rescue vehicles from Rosenbauer in another project.

High-end technology for AENA
The PANTHER is one of the most powerful and safest ARFF vehicles in the world. Its impressive features include optimal system integration of chassis, superstructure and fire extinguishing systems and a multiple-award-winning design.

The 22 vehicles for AENA are built on Rosenbauer 6×6 chassis, are powered by a Volvo engine with 700 hp (552 kW) and can achieve a top speed of 120 km/h with a working weight of 37 t. The crash-tested safety cabin can accommodate six emergency services personnel, and the extinguishing agent tanks can carry 10,000 liters of water and 1,200 liters of foam concentrate.

The extinguishing agents can be applied while the vehicle is in motion (pump-and-roll operation) via both the RM80 roof turret and the RM15 front turret. The RM80 has a capacity of up to 9,500 l/min (water) and is equipped with a combined water/powder nozzle through which up to 15 kg/s of extinguishing powder can be conveyed by water jet.

Longstanding partnership
The partnership between the Spanish airport operator and Rosenbauer goes back decades. The first ARFF vehicles were delivered in the 1980s, with the first PANTHER supplied to AENA in 2006.

AENA’s fleet also features Rosenbauer fire extinguishing tankers for building fire protection, and the second new order adds new rescue vehicles for technical operations. The latter, like the BUFFALO vehicles, originate from the Ciansa plant in Linares, Spain, while the PANTHER vehicles are manufactured at the Group’s Austrian headquarters in Leonding.

On-site support
AENA is supported by Rosenbauer Española, who is also responsible for maintaining the 22 PANTHER vehicles for their first three years in service (with an extension option for up to ten years) to ensure their continued operational capability.

The Rosenbauer subsidiary is headquartered in Madrid and employs 85 people, around 50 of whom work in service and production. It is the center of competence for forest firefighting and recovery vehicles in the Rosenbauer Group, and produces municipal fire extinguishing and rescue vehicles as well as industrial and ARFF vehicles at its Ciansa plant.

The company also holds a 51% stake in London-Luton Airport and has stakes in a further 22 airports (twelve in Mexico, six in Brazil, and two each in Colombia and Jamaica). AENA is the world’s largest airport operator, handling 293.4 million passengers in 2019 (all Spanish airports including London-Luton).In connection with this press release, the following media material is at your disposal: PDF press article PDF