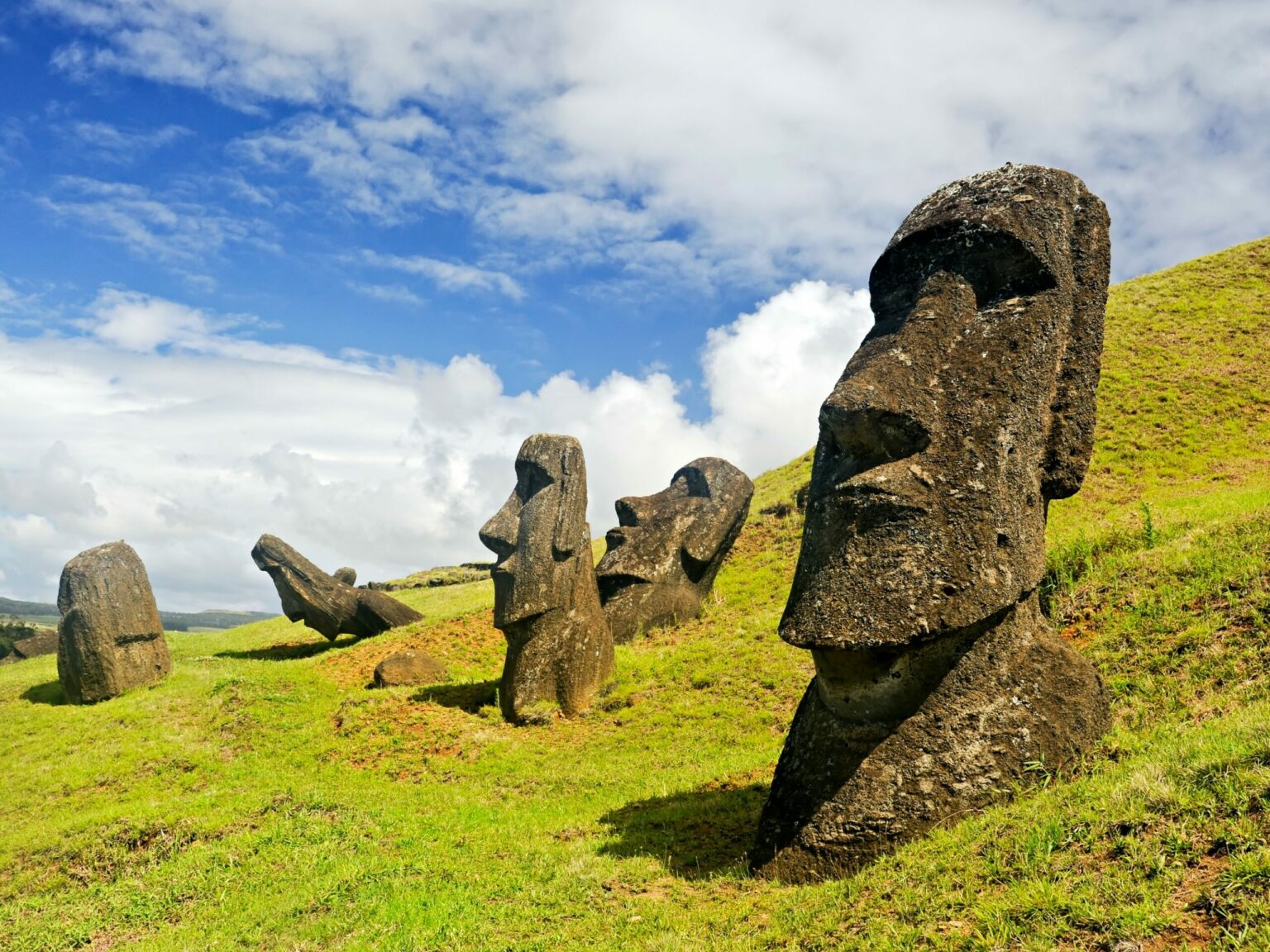 A wildfire on Easter Island has reportedly caused significant damage to some of the iconic stone-carved statues for which the island is most known, according to authorities.

The fire, which is currently being treated as a case of arson, marred a number of the famous statues, known as moai, after it swept across more than 247 acres around the Rano Raraku volcano, a UNESCO world heritage site.

The fire comes just three months after the island was reopened to tourism on 5 August, after two years of closure due to Covid-19. Before the pandemic, Easter Island – where the main livelihood is tourism – received 160,000 visitors a year, on two daily flights. The arrival of Covid-19 in Chile saw tourist activity completely suspended.

Rapa Nui has more than 1,000 stone statues. The iconic giant heads are believed to have first been carved in the 13th century by the island’s original inhabitants.

Ariki Tepano, director of the Ma’u Henua community in charge of the management and maintenance of the park, called the damage irreparable: “The moai are totally charred and you can see the effect of the fire upon them,” he said.

Easter Island mayor, Pedro Edmunds Paoa, claimed that fire was not an accident, telling local broadcaster Radio Pauta that all the fires on Rapa Nui are caused by humans

Paoa said: “The damage caused by the fire can’t be undone. The cracking of an original and emblematic stone cannot be recovered, no matter how many millions of euros or dollars are put into it.”