Exclusive: The critical role of sprinklers in fire safety 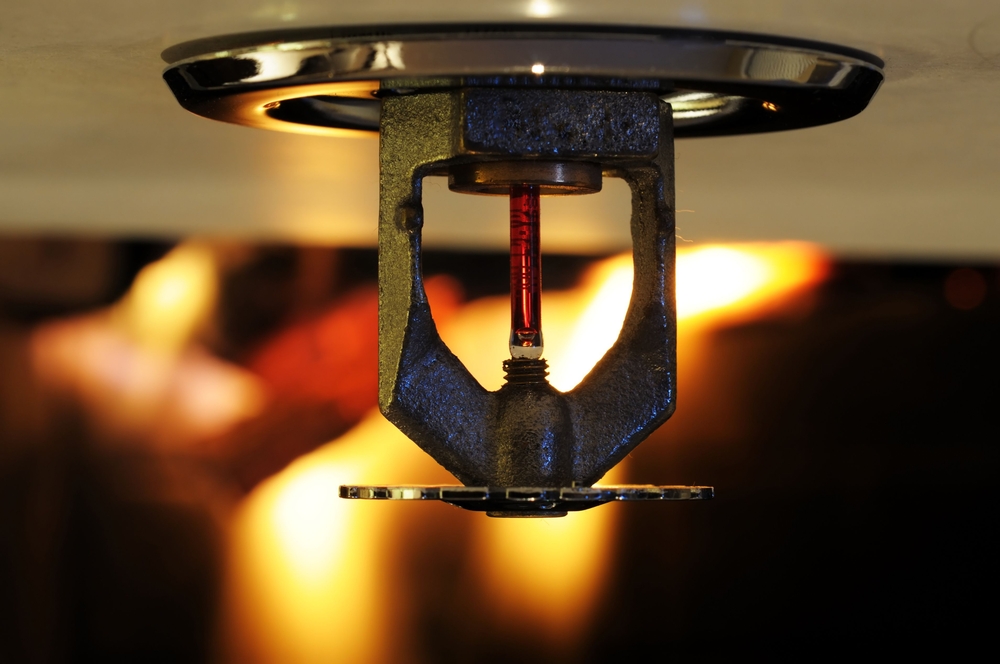 By Dale Kinnersley, Principal Consultant at the Fire Protection Association (FPA) explains the vital role of sprinklers in fire safety

As part of its commitment to deliver the “biggest changes to building safety for a generation”, last year the UK government announced an amendment to Approved Document B, extending the mandatory provision of sprinklers to all new high-rise residential blocks over 11 metres tall. While those working within the fire safety industry will understand the life-saving role sprinklers can have, many will agree that this is simply a halfway house and does not nearly go far enough.

Sprinkler provisioning should also include commercial and industrial buildings and be considered on a total risk basis, not just according to height. This means looking at other factors including its occupancy, what happens within it, its construction type and its size and complexity. Yes, good progress has been made since the tragedy of Grenfell in 2017 but what is being done to protect not only high-risk buildings, but the entire built environment?

Sprinklers – and other automatic fire suppression systems (AFSSs) – are instrumental in minimising the risk of fire, helping to preserve life and asset safety as well as limiting the potential knock-on effects for communities.

Let’s take a school building as an example. Schools are a vital resource that, if lost to fire, would have a significant impact on its pupils and staff but also their families and wider networks. However, despite the Government’s Building Bulletin 100 document outlining an expectation that “all new schools will have sprinklers fitted,” sprinklers have still not been made compulsory for all new or major refurbished school buildings in England. This expectation is currently under consultation with the All-Party Parliamentary Group (APPG).

A 2020 study by Zurich, a leading insurer of schools in the UK, identified that over 15,000m² of classroom space was damaged during blazes across 271 primary and 209 secondary schools in 2019. Only 2% of the schools had sprinkler protection in place and, according to official figures, only 15% of all new schools built and opened in the UK since 2011 have been fitted with sprinklers. This is a deeply concerning statistic, especially as the installation of sprinklers can significantly reduce the risk of fire spread from the outset.

The addition of a sprinkler system is especially important in buildings where occupants are vulnerable and may require more time to exit the building, or where compartmentation is scarce and stock value is high, such as industrial processing and manufacturing premises. Building owners and managers for high-risk buildings should therefore be aware of how decisions over use of sprinklers and other suppression systems could impact them in the event of a fire.

For those seeking a business case for sprinkler installation, research from the FPA and RISCAuthority found that the average large loss for businesses in the event of a fire is £657,074*, rising to an average of £1,132,000 for industrial and manufacturing properties. For most, the cost of installing sprinklers will be recouped by the savings made on insurance while, in the event of a fire, would also offset hundreds of thousands of pounds in damage costs, and downtime.

Alongside other industry bodies, the FPA has been vocal in its lobbying of government and the importance of making sprinklers compulsory by law. In buildings where they are already in use, however, it’s also important to remember that they’re only effective if they are sufficiently maintained and tested on a regular basis and in accordance with a recognised approved schedule.

For fire sprinklers to operate properly in the event of a fire, they must be correctly designed, installed, serviced and maintained. This means using a system that has been tried and tested and, more importantly, approved by an accredited third party certification scheme.

The FPA’s LPC Rules for Automatic Sprinkler Installations is the most widely used and recognised installation standard in the UK and is also used in other countries such as Hong Kong. The document is aimed at anyone involved in the design, installation, service and maintenance of sprinkler systems, from sprinkler contractors and engineers to architects, consultants and local government. Split into three parts, part 1 covers BS EN 12845 ‘life safety’ minimum standards, part 2 includes technical bulletins for ‘property protection’ and part 3 provides additional associated information relating to best practice.

When it comes to fire control, commercial sprinkler systems are a very effective solution and form part of many buildings’ fire safety strategies. Over time, however, sprinkler heads can attract defects, whether due to accidental damage, environment conditions – such as dirt build-up – or corrosion, which can then impact their effectiveness in the event of a fire. It’s also important to consider that, while routine maintenance including a visual inspection is essential, there are many other issues that may arise that only extensive inspection and testing can identify.

Getting sprinkler heads tested by an independent third party is therefore recommended as best practice in the LPC Rules for Automatic Sprinklers incorporating BS EN 12845 Annex K and Technical Bulletin TB203. Those responsible for fire safety within a building should be looking to engage with a third party that has the knowledge and experience required to carry out thorough inspections, as well as advise on next steps where appropriate, ensuring best practice is always understood and worked towards.

If alterations are made to a building’s layout, storage arrangements or processes, it could have a major impact on the current sprinkler system’s performance when tackling a fire.

Independent fire sprinkler system inspections are the most effective and safest way to help businesses in maintaining their sprinkler systems and should be undertaken at least once a year by an independent third party.

Building owners and those responsible for fire safety are not expected to be experts or know all the answers when it comes to sprinkler systems. Instead, they are expected to seek the appropriate support from a competent, certified third party to help them understand and follow legal standards and good practice. In the event of a fire, this could be critical in whether individuals or organisations are held liable or not.

Sprinklers have a proven track record in limiting the impact of fire. In fact, according to the British Automatic Fire Sprinkler Association (BAFSA) sprinklers can reduce injuries by at least 80%, reduce property damage by 90% and substantially reduce damage to the environment from fire. However, as they are still not a legal requirement, some building owners are opening themselves up to additional risk – especially when there is a real business case for installation. By seeking support and guidance on sprinkler installation and maintenance, companies can safeguard themselves in the event of a fire, significantly improving their ability to bounce back both operationally and financially.

*All data comes from the FPA’s Large Loss Database, an analysis of over 4,782 reported fires with losses of over £100k in buildings used by private and public sector organisations, and residential and mixed multiple occupancy shared ownership buildings, between January 2009 and December 2019.