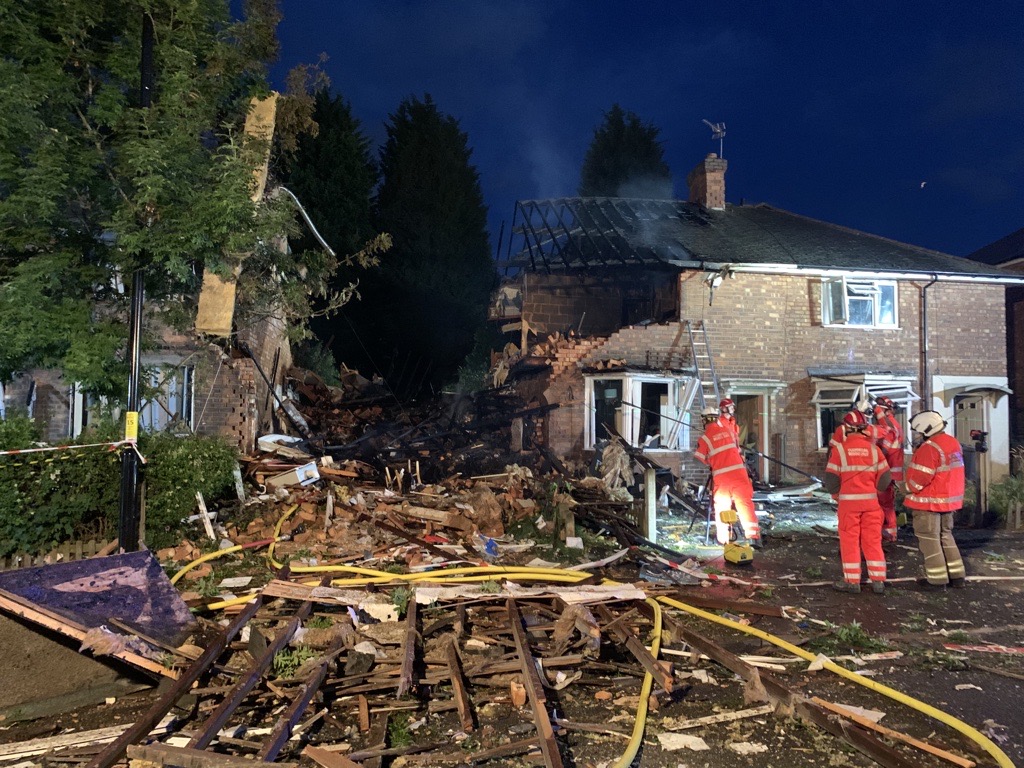 At 20:38 on Sunday 26 June, fire crews responded to multiple reports of an explosion on Dulwich Lane, Kingstanding, Birmingham. The explosion, now thought to be a gas explosion, destroyed one property and caused damage to other properties and vehicles nearby.

Dulwich Road is closed and is expected to be for some time. West Midlands Police managed evacuations in the area.

In a statement, West Midlands Fire Service said they believed the incident which completely destroyed one property and significantly damaged three adjoining properties, to be a gas explosion.

The statment said: “One man was rescued prior to the arrival of the fire service and was taken into the care of West Midlands Ambulance, and was taken to Queen Elizabeth Hospital with life-threatening injuries. Four other people have been treated at the scene for minor injuries.

“Birmingham City Council planning officers are standing by to assist residents that may need rehousing. A structural engineer has also been requested.

“We continue to ask the public to avoid the area and follow the instructions of on-scene emergency service officers.”

A West Midlands Ambulance Service spokesman said: “One property has been completely destroyed with three others badly damaged. Cars have also been damaged.

“A man was helped from the property by people at the scene but had suffered very serious injuries.  After assessment and treatment at the scene, he was taken on blue lights to the major trauma centre at Queen Elizabeth Hospital Birmingham with the MERIT team travelling with the ambulance.  His condition on arrival at hospital was described as life threatening.”