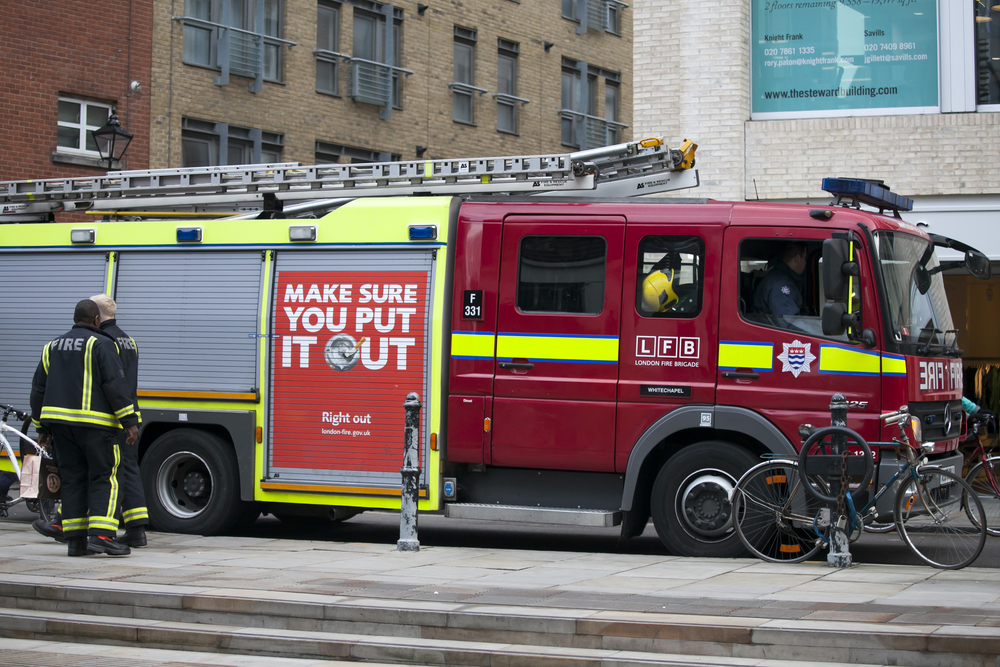 London Fire Brigade has reported its busiest day since World War II as record temperatures led to hundreds of fires across the city on Tuesday, with more than 1,146 incidents throughout the capital.

More than 40 houses and shops were destroyed after a number of significant grass fires spread to nearby buildings, including in Wennington, Dagenham and Kenton. Crews tackled fires at garages, farm buildings, vehicles, outbuildings, a car wash and a church hall. A total of 16 firefighters suffered heat-related injuries, and two of them were taken to hospital.

Control Officers also worked relentlessly throughout the day, taking 2,670 calls between 8am on Tuesday and around 0630 on Wednesday morning. The Fire Investigation team was also busy mobilising to fires around London.

In the aftermath of the fires, Borough Commanders and their stations are engaging with people in communities affected by the fires to offer our ongoing support.

The Brigade’s Assistant Commissioner, Jonathan Smith, said on Wednesday: “Firefighters across London worked in very difficult conditions to protect Londoners and their heroic actions mean no lives were lost. I am immensely proud of them and their dedication in such unprecedented heat.

“We declared a major incident and worked with emergency service partners who have also been working hard to continue to run services in these difficult and challenging conditions. By taking action, we were able to focus and prioritise our resources, recall staff from training, call on support from other local fire and rescue services and attend every incident as needed.

“Yesterday’s fires are another example of how we are increasingly being challenged by new extremes of weather as our climate changes and we’re developing long-term strategies to deal with more incidents like this in the future.”

Firefighters remain ready to respond to incidents and the Brigade is continuing to monitor the weather conditions and the forecast for the coming days, with additional resource in place.

Assistant Commissioner Smith added: “Despite some rain in parts of London overnight, the ground is still likely to be dry, so as well as fires there is also a risk of surface water flooding.

“If you are at risk of flooding, you can take action now to prepare. Please continue to pay attention to weather alerts and prepare a flood kit or grab bag.”