Opening the doorset discussion with SBD 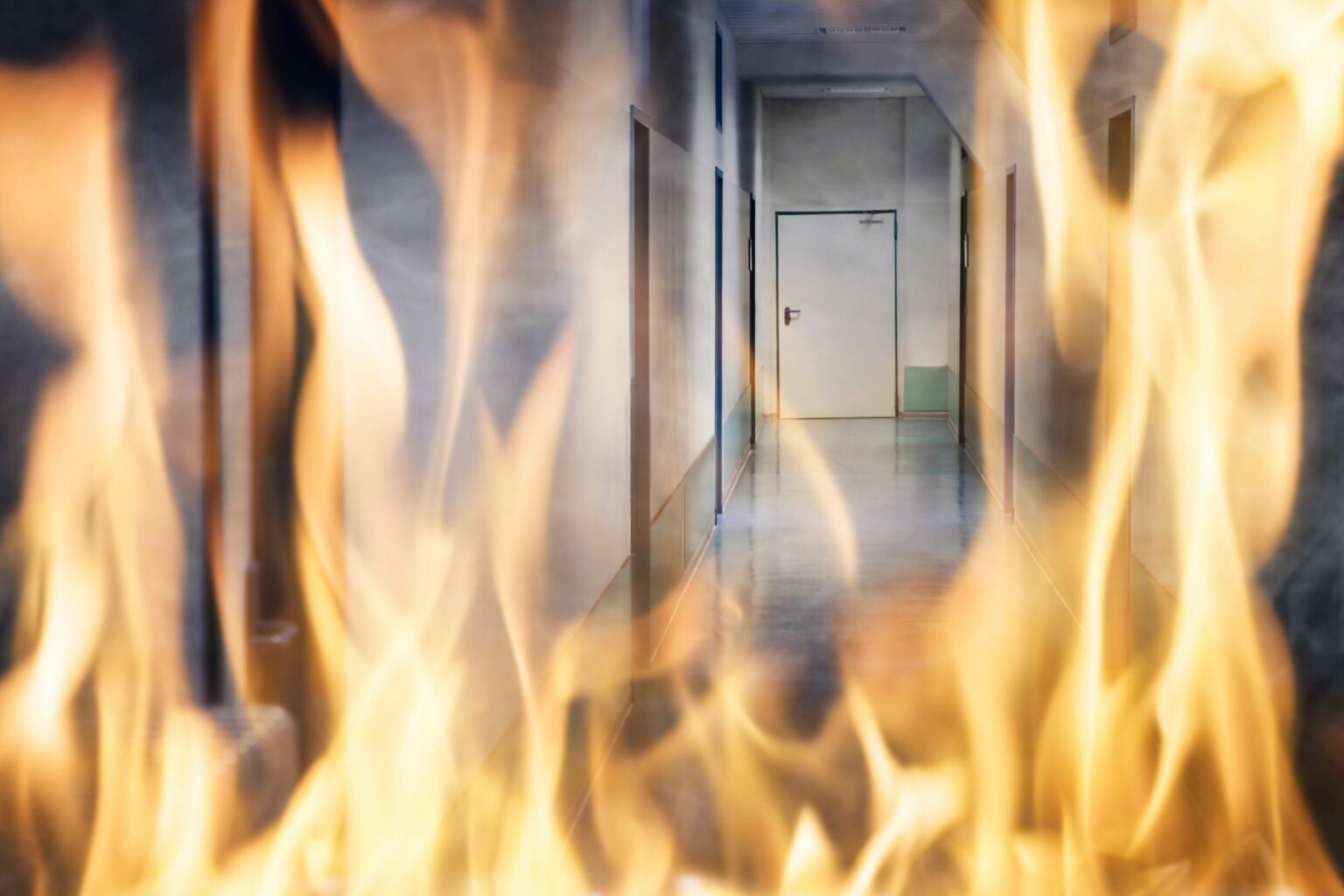 In the aftermath of the tragic Grenfell Tower fire in 2017, authorities in the UK decided to investigate several different facets of fire, life, and safety in buildings. Several companies were invited to give their technical expertise on the subject – these included experts in cladding, doorsets, panels, and fire evacuation routes to name a few. Secured by Design, a British based official police security initiative, that works to improve the security of buildings and their immediate surroundings was also involved.

Alfie Hosker is the technical manager at Secured by Design (SBD) and writes about technical recommendations, and new guidelines that have come about following the efforts of the Grenfell Technical Group.

Hosker joined SBD in 2014 after serving for more than 20 years in the UK Police Service across many disciplines including CID, Stolen Vehicle Squad, Public Order, Neighbourhood Policing, Licensing and Crime Prevention. He also spent several years within the various Planning, Highways and Building Control Departments advising on Designing Out Crime, Counter Terrorism, enforcement, planning policy & applications. He studied at the Leeds University and later at Oxford Brookes University in the field of Crime Prevention. He is also a qualified teacher.

In his own words, Hosker recounts the work of the Grenfell Technical Group since 2018.

Post Grenfell, the government quite rightly called for further investigations and Secured by Design (SBD) took an active part as a member of the Grenfell Technical Group, which was set up in March 2018 to provide technical advice specifically on entrance doorsets to individual flats – which includes the door, associated frame and all component parts, such as the glazing and door hardware.

The Group, which included other not-for-profit organisations including the Fire Industry Association (FIA) and the Door and Hardware Federation (DHF), met frequently throughout the rest of that year. Our comprehensive technical findings were duly reported to government via the Grenfell Independent Expert Panel.

Building on the collective expertise and experience within SBD, FIA and DHF the three organisations took the unprecedented step of collaborating on a document entitled ‘Guide For Selecting Flat Entrance Doorsets’ which was published in March 2019.

Aimed at housing associations, landlords, building owners, developers and local authorities in England (but much of the advice is equally applicable to other countries of the UK, even though Building Regulations may differ slightly), the publication brings together the best collaborative advice available from the industry in one straightforward document to highlight the fundamental issues of fire safety and security for those selecting such doorsets.

Importantly, the publication makes the point that there is no conflict between fire and security with Building Regulations Approved Document B (fire) and Approved Document Q (security) carrying equal weight with neither taking precedence over the other.

Certification to include smoke control
Currently doorset thresholds can legitimately be tested to BS 476-31.1 or BS EN 1634-3 with the threshold taped up, and be assigned an ‘S’ designation (according to the guidance within Approved Document B) or an ‘Sa’ classification (when classified according to EN 13501-2), as the threshold gap is effectively discounted in both instances. It is also possible to maintain designated smoke performances (i.e. S or Sa) when following the guidance given in BS 8214, which allows for a 3mm gap at the threshold in situations where fitting a threshold seal is not practicable.

It is the opinion of SBD that neither are acceptable in a ‘real world’ fire scenario. The former (taping up the threshold) proves nothing when the doorset is exposed to smoke in an apartment block and could therefore lead to smoke unnecessarily entering an area designed to be a safe haven. The latter (the 3 mm gap allowance) has been independently proven to allow smoke leakage of up to 10.5m3/h/m – three times the allowance of 3m3/h/m in the current Building Regulations. You can find out more about a series of tests commissioned by the Intumescent Fire Seals Association (IFSA) into this here: https://www.ifsa.org.uk/wp-content/uploads/2021/04/IFSA-Fact-Sheet-02-v0321.pdf

As soon as we realised that smoke was at risk of not being treated in the same way as fire and security evidence, it was critical we sought to resolve this issue specifically for all Secured by Design Developments and by all doorset manufacturers recognised by us through our SBD Membership scheme. In early 2021 we secured agreement from all of the UK certification bodies working in this area to incorporate smoke control into their fire and security schemes for flat / apartment entrance doorsets.

With the safety and security of residents in mind, we have confirmed our requirements for all fire, security and smoke rated doorsets carrying SBD approval to the UK test and certification organisations – i.e. all smoke control tests – should be conducted with the doorset threshold un-taped, and furthermore the allowance of a 3mm gap under the door will also be unacceptable. Therefore, by summer 2022 SBD will require all member companies with doorsets listed on their SBD schedule that are fire rated and that are required by UK Building Regulations (England, Scotland, Wales and Northern Ireland) to have smoke control properties for the intended installation – e.g. flat entrance doorsets to be certificated for the following attributes – Security, Fire and Smoke Control. Thus, all SBD Fire, security and Smoke rated doorsets will require a thresh detail that enables the doorset to comply with the Building Regulation maximum requirement for smoke leakage of 3m3/h/m.

SBD has committed to both promoting our requirements and to support other organisations lobbying for change in this important area. We are adamant that any doorset that carries SBD accreditation should be fit for purpose in all declared characteristics, but especially those that are life critical such as fire, security and smoke control. We are committed to saving lives and making homes safer places in which to live, work and play.

The ‘Guide For Selecting Flat Entrance Doorsets’ is currently being updated to include these new SBD requirements. You can have confidence in using this publication as an authoritative source of information, which will guide you through the complexities of an extremely important area of Building Regulations. The publication can be downloaded for free here: