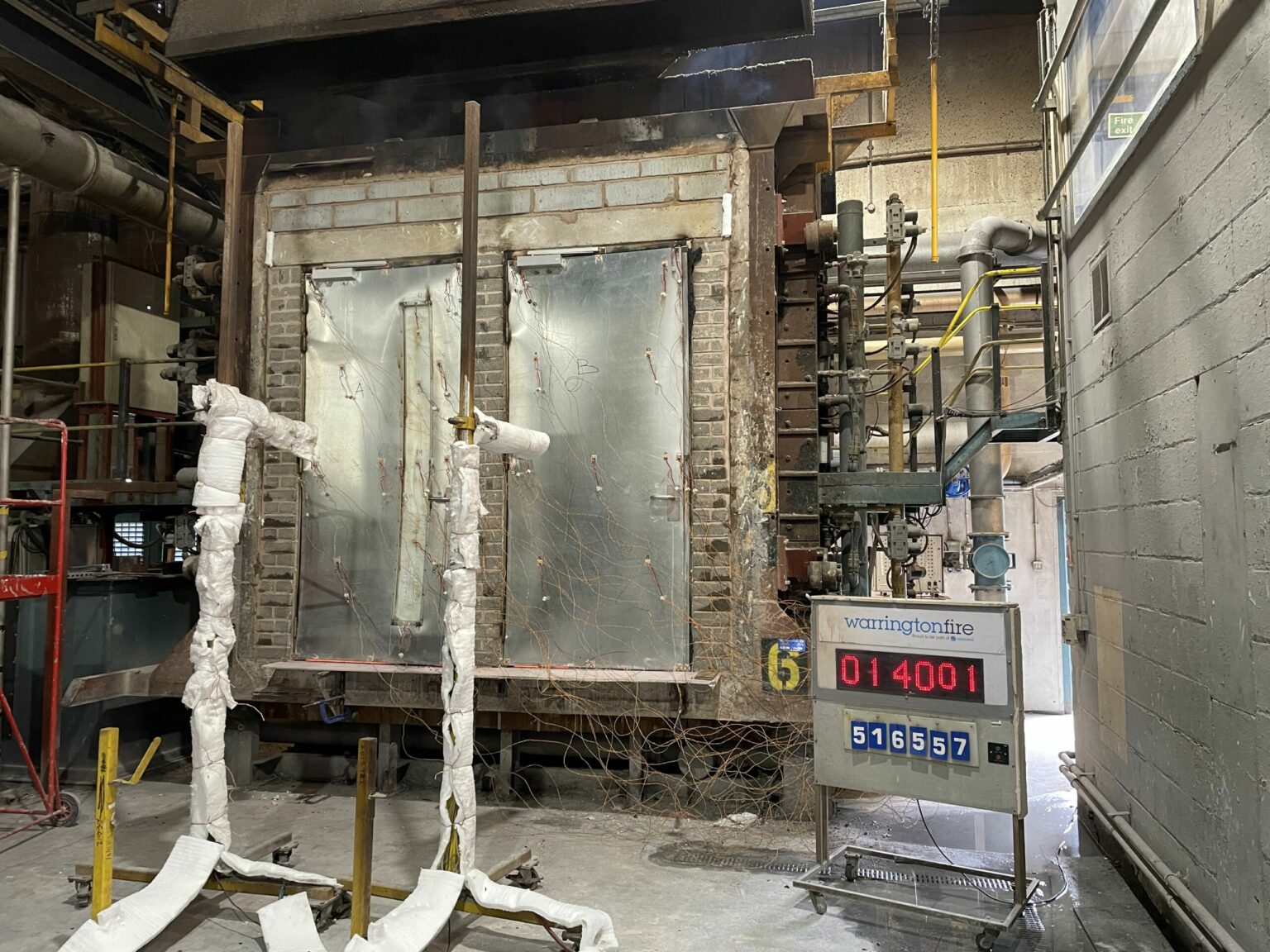 The doors, which are available in both single and double leaf variants, with or without vision panels, are rated at 90 minutes duration for both insulation and integrity when tested in accordance with EN1634-1.

At only 63mm thick, the doors are designed to be architecturally attractive and technically proficient for use in high-visibility commercial environments.

The results of Rhino’s recent tests saw the radiated heat level (measured at 1,000mm), being 50% lower than the results achieved by the current market leading El door.

As a result, with the launch of Rhino’s new El rated fire door to market, it will offer the best possible protection against radiated heat than any other fire door available whilst still maintaining a useful, traditional integrity rating of 90 minutes.

Commenting on the results of the tests, and the potential industry-wide implications, Group Engineering Director, Dr Chris Norris, said: “It is relatively easy to design and produce an integrity and insulation resisting fire door at 90 minutes or more, if the client is unconcerned with the appearance of the final product.

“For example, the appearance of cross passage escape fire doors along the length of an active rail or road tunnel is often relatively unimportant (because they are not on view) and hence easier to engineer when you are not restricted by how the final door looks.

“Designing a high-performance, insulated fire door to provide >90 minutes protection, whilst still maintaining the appearance and profile of a traditional commercial steel door, is a far greater challenge.

“We’re delighted to have completed this development project, which has allowed us to launch this product to market and, as a result, significantly improve the protection offered to users, compared to traditional, integrity-only fire doors.”