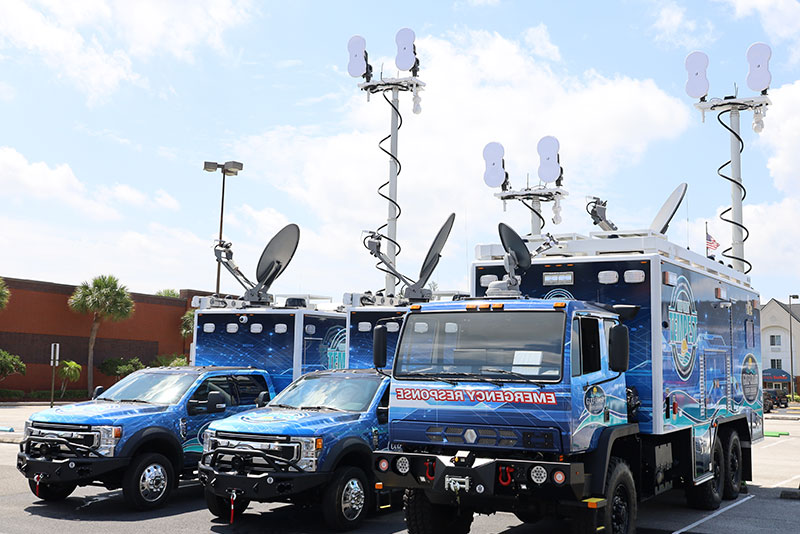 The new disaster response vehicles were delivered in late May, and emergency responders have begun extensive training to properly utilize the assets when needed.

James Baxley Jr., Executive Director of radio, TV, and broadcasting with Gulf Coast State College, said: “When hurricane Michael came through in 2018, it was a category 5 event resulting in extensive damage and communications challenges.

“We aimed to close communications gaps and do a better job next time, and our new Frontline Communications disaster response vehicles provide us with the most technologically advanced resources to face future events. The vehicles were obtained through the Triumph Grant and maintain an eight-county memorandum of understanding to be put in service where and when needed to support emergency operations.”

Some of the most notable system design and integrated communications attributes of Gulf Coast State College’s new disaster response vehicles include:

“The customized design of the two C-25 Mobile Command Vehicles and one C-33 Mobile Command Center incorporates some of the most advanced features we’ve built into specialty vehicles to date. Our team, and our partners at Frontline Communications, look forward to providing dedicated support for training, service, and beyond.”