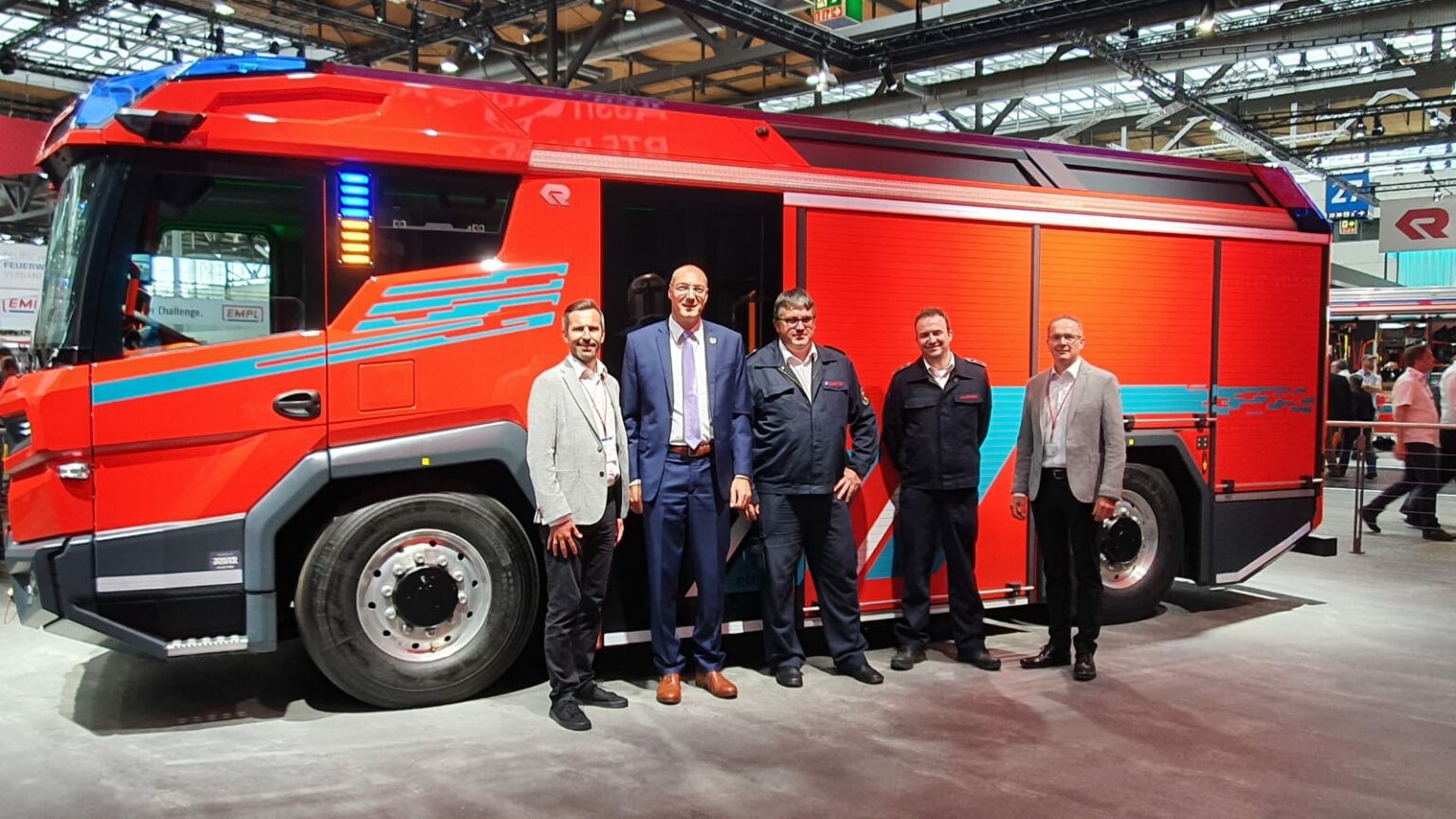 The municipality of Nörvenich in North Rhine-Westphalia has ordered a Rosenbauer RT (Revolutionary Technology) for its volunteer fire department, joining the ranks of customers such as the Berlin Fire Department, the Los Angeles Fire Department, and the Dubai Civil Defence.

The purchase contract was signed on June 20 at the world’s leading trade fair, INTERSCHUTZ, and the vehicle will be delivered by the end of June 2023.

“The RT is leading fire departments into the age of electric mobility in a sustainable way,” said Andreas Zeller, Sales Director of Rosenbauer International AG, “and we are seeing more and more emergency response organizations around the world expressing an interest in this vehicle.

“We are particularly pleased that Nörvenich as a volunteer fire department in Germany to opt for an RT, and this confirms the trend. We estimate that by 2025, there will already be 700 to 800 vehicles with alternative drives operational in Europe. The RT is setting the technological benchmark, as it is certainly the most mature and well-conceived solution and much more than just an electrified fire-fighting vehicle.”

Oliver Hartlieb, chief of the Nörvenich volunteer fire department, said he is particularly delighted with the RT’s cab concept: “The conference seating arrangement makes it much easier for the emergency crews to communicate.”

He was also won over by the functionality of the air-suspended chassis, which allows the RT to be lowered at the operational site: “This makes it much easier to access the equipment stored in the superstructure.”

“With the RT, our volunteer fire department, which is divided into nine firefighting units and covers 14 towns over an area of 66 km2, is getting much more than a fire truck with an alternative form of propulsion,” added Timo Czech, mayor of the municipality of Nörvenich.

“We are getting state-of-the-art technology that is ahead of its time in many ways. This helps us to build up our own experience at an early stage, both with regard to the drive and the many new solutions on the vehicle, which will be helpful to us in future purchases and concepts.

“I am also pleased that our fire department appreciates the fact that they are now trailblazers as well. I thank our municipal council and the fire chief, who have supported my proposal for the purchase of this vehicle from the very beginning. Thanks to public subsidies, the procurement has also become financially viable for the municipality of Nörvenich.”